Oppo F17 and Oppo 17 Pro launching today: Here is what you can expect

The Smartphones are touted to be the sleekest phone of 2020 having a 7.48mm thin chassis 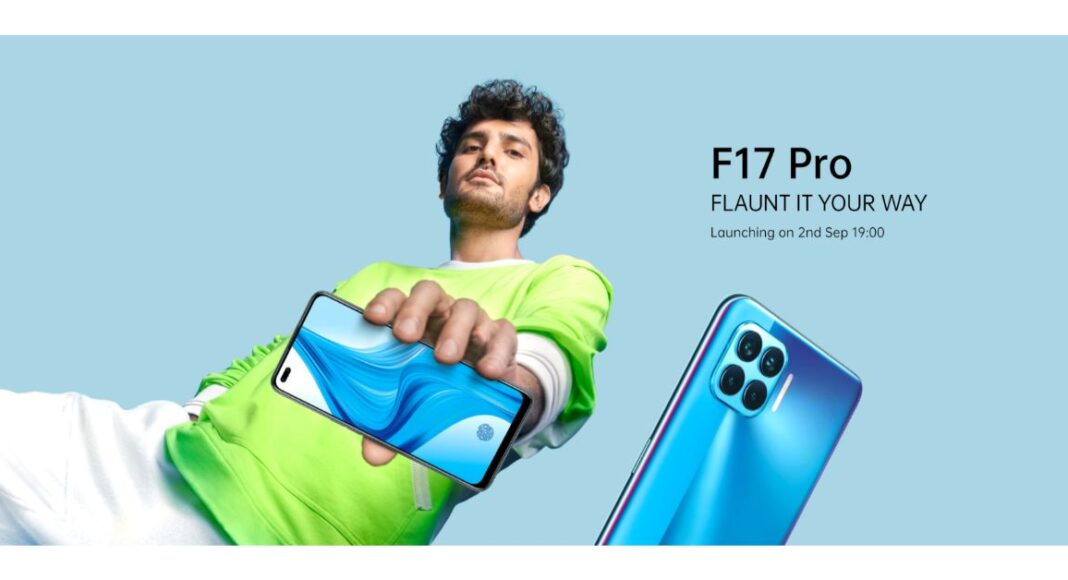 Oppo is all geared up to launch its latest F17 smartphone series in India today. The series will include Oppo F17 and Oppo 17 Pro smartphones that are already being teased by the company as the sleekest phone of 2020 having a 7.48mm thin chassis. Both the smartphones have already got listed on the e-commerce website Amazon to tease its availability. The device should also include a total of six cameras four rear and two on the front. Prior to its official announcement, the device has surfaced on various benchmarking and certification websites that it has revealed some of its key specifications.

As per the official invite, Chinese smartphone manufacturer, Oppo will be launching Oppo F17 and Oppo 17 Pro in India today. To unveil the devices the company will be hosting an online launch event amid the coronavirus pandemic. The virtual launch will take place at 7 PM IST that will be live-streamed via the company’s official YouTube channel and across all its social media channels.

Ahead of the official launch the maker already hinted that the Pro variant should be priced under Rs 25,000 in India therefore the price of the regular model should be much economical.

Coming to the specifications, the company has already revealed the key specifications of both the devices including its camera details ahead of the official launch.

The Oppo F17 Pro will be featuring rounded edges with a 7.48mm thin chassis and should weigh 164 grams. As per the teasers, the smartphone will have quad rear cameras with a hole punch design display hiding a dual selfie camera set up. It will be featuring a 6.43-inch Super AMOLED display that should include an in-display fingerprint sensor. Additionally, there will be 30W VOOC Flash Charge 4.0 support.

According to the leaks, this smartphone will be powered by an octa-core MediaTek Helio P95 SoC. While the quad-camera system is expected to include a 48-megapixel main sensor, a secondary 8-megapixel lens with dual 2-megapixel sensors. On the front, it might include a 16-megapixel sensor and a depth sensor for taking selfies. Moreover, the phone is speculated to pack a 4,000mAh battery and will be offered in multiple colours including Magic Blue, Matte Black, and Metallic White.

While the Oppo F17 is expected to come with a 6.44-inch full-HD+ Super AMOLED screen having a waterdrop design display. This is confirmed to feature a quad rear camera setup which likely to comprise a 16-megapixel primary lens and an 8-megapixel secondary camera. And for selfies, there may be a single 16-megapixel front-facing camera.

While the leaks suggest that under the hood there will be a Qualcomm Snapdragon 662 processor paired with 6GB RAM and 128GB storage. It will have the same battery capacity and will be offered in Dynamic Orange, Navy Blue, and Classic Silver colour options.

Komila Singhhttp://www.gadgetbridge.com
Komila is one of the most spirited tech writers at Gadget Bridge. Always up for a new challenge, she is an expert at dissecting technology and getting to its core. She loves to tinker with new mobile phones, tablets and headphones.
Facebook
Twitter
WhatsApp
Linkedin
ReddIt
Email
Previous article
LG to reveal details of its dual-screen smartphone on September 14
Next article
Realme X7 and Realme X7 Pro with 120Hz refresh rate and quad rear cameras launched: Pricing and specifications