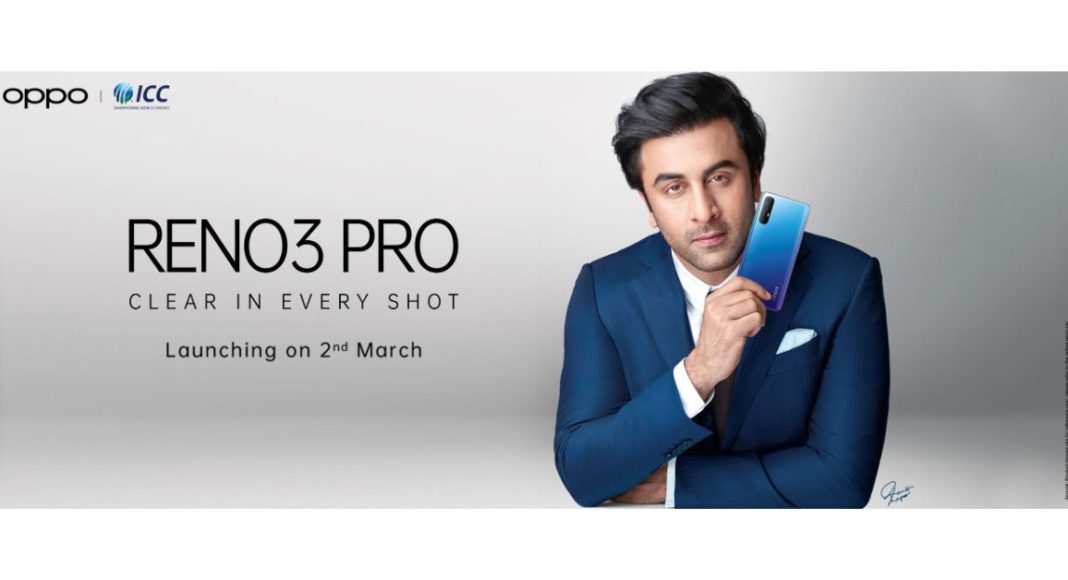 In the year 2019, we saw that the Chinese smartphone manufacturer Oppo launched Oppo Reno 2 series as well as Oppo Reno 3 series in the same year. But in India the company only launched Oppo reno 2 series, soon its predecessor that is Reno 3 is arriving in India. Both India’s leading e-commerce website Amazon and Flipkart have started teasing about the device also.

Oppo will be launching its new Reno 3 series in India in the coming weeks. The e-commerce platform Flipkart, as well as Amazon, have created a dedicated microsite for the upcoming device. As per the microsite, the Oppo Reno 3 will arrive with a hole punch display consisting of a selfie camera. But the Indian variant will come with a dual-hole punch whereas the one which was launched in China has a single hole punch. 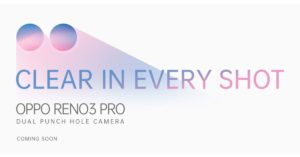 The microsite also consists of a video teaser in which Bollywood actor Vidyut Jamwas is seen introducing the phone. This also indicates that the Bollywood actor will be the brand ambassador for the upcoming device in India. A text provides reads, “ Introducing Dual Punch Hole Camera in Oppo Reno 3 Pro.” It further highlighted the camera capabilities, “It helps create dreamlike images with Dual Lens Bokeh. The Dual Front Camera provides Binocular Bokeh Effect by sharpening the edges and producing background gradient.”

But surprisingly another microsite created by Oppo reveals that Oppo Reno 3 Pro is going to launch on March 2. Here popular Bollywood Actor Ranbir Kapoor is seen teasing the phone via a short video teaser. The teaser gave us the first glimpse of the upcoming device which also flaunts a quad-camera setup along and the dual hole-punch selfie camera module. The company is teasing the phone as the world’s first 44-megapixel dual punch hole camera.

To recall Oppo Reno 3 was launched in China last year in the month of December. The company launched two devices under the series namely Reno 3 and Reno 3 Pro.

Oppo launched two Reno 3 devices in China but it is still unclear whether in India it would include Reno 3  because the company is only teasing Reno 2 Pro for the Indian market.

Komila Singhhttp://www.gadgetbridge.com
Komila is one of the most spirited tech writers at Gadget Bridge. Always up for a new challenge, she is an expert at dissecting technology and getting to its core. She loves to tinker with new mobile phones, tablets and headphones.
Facebook
Twitter
WhatsApp
Linkedin
ReddIt
Email
Previous article
Samsung Galaxy Z Flip and Galaxy S20 series now up for pre-registration via Samsung India website
Next article
Oppo Reno 2F received a price cut of Rs 2,000