OPPO unveils its two R7 Plus and R7 Lite smartphones 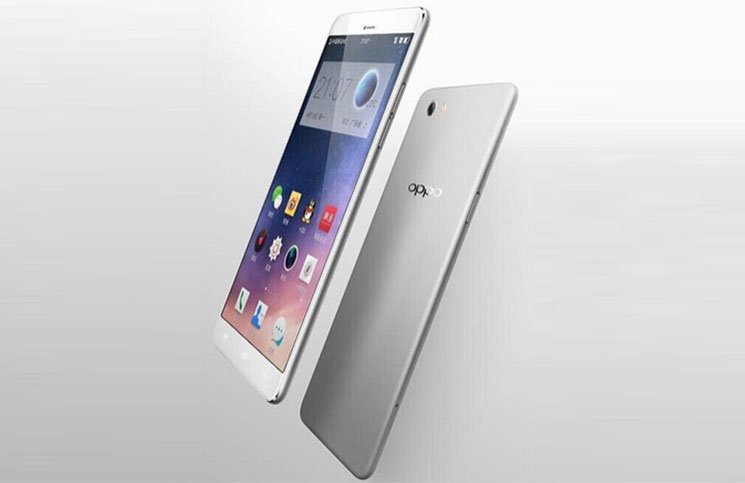 On the specification front, the OPPO R7 Plus features a 6-inch Super AMOLED display with Full HD resolution and 2.5D Arc-Edge screen. The mobile phone measures 158×82×7.75mm and weighs 203g. Powering the smartphone is a 64-bit Octa-Core 1.5GHz Qualcomm Snapdragon 615 processor paired with 3GB of RAM. The on board storage of the mobile phone accounts to 32GB, which can be expanded up to 128GB by using a microSD card. The dual-SIM smartphone runs ColorOS 2.0 based on Android 5.1 Lollipop operating system.

The OPPO R7 Plus sports a 13-megapixel rear camera, which comes with Sony IMX278 f/2.2 aperture camera sensor with laser auto-focus. There is also an 8-megapixel front camera, which comes with f/2.4 aperture and 80 degree angle. The camera also features Colourful Night, New Flash Shot and LED flash. The smartphone packs a touch-type fingerprint scanner, too. To power up the device, this mobile phone houses a 4,100 mAh battery. This device supports two SIM cards that work on 4G LTE or 3G. Other connectivity options include Wi-Fi, Bluetooth and GPS.

The company has priced the OPPO R7 Plus at Rs 29,990. This smartphone will be available in gold and silver colours by 10th September 2015.

On the other hand, OPPO R7 Lite features a 5-inch HD Super AMOLED display. This mobile phone measures 143x71x6.30mm and weighs 147g. Powering the smartphone is a1.3GHz Octa-Core Qualcomm Snapdragon 615 processor paired with 2GB of RAM. The on board storage of the mobile phone accounts to 16GB, which can be expanded by using a microSD card. The dual-SIM smartphone runs on Android 5.1 operating system.

On the camera front, buyers will get the similar sensors as found on the R7 Plus. The device supports 4G LTE on both SIM cards. It houses a 2,320mAh battery and rest of the features remain same as R7 Plus.

Sahiba Sethhttp://www.gadgetbridge.com
Sahiba Seth is a student, pursuing English (Hon) from Delhi University. She has been a trainer of HYTSE (Helping Youngsters To Speak English) in her school. She loves to interact with people and she is crazy about gadgets like mobiles and cameras. She likes to read and search about gadgets, and their features. She loves to stay in tune with the happenings of Hollywood and Bollywood. Also, she is passionate about reading novels and creative arts.
Facebook
Twitter
WhatsApp
Linkedin
ReddIt
Email
Previous articleASUS brings H170 Pro Gaming and B150 Pro Gaming D3 motherboards to India
Next articleBose launches SoundLink around-ear wireless headphones II at Rs 21,150