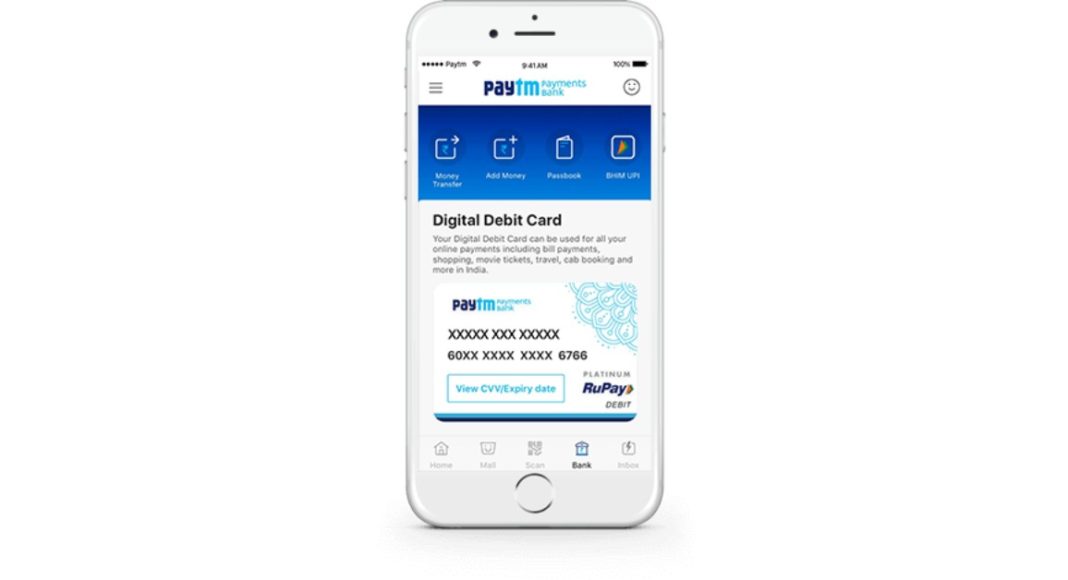 When we think of online payments, one of the first apps that come to our mind is Paytm. That is the way it has been since the mobile payments app garnered popularity post demonetisation. However, Paytm’s popularity was not short-lived. The app continues to be a method of payment among masses even today.

Paytm Payments Bank, which initially started in 2017, has launched its new mobile banking app in an effort to make smartphone payments even simpler for users. According to Paytm, the payments that will be made by the new app will be quick and effortless and at the same time, users will have secured access to their bank account on the go.

With the newly launched mobile app, users will be able to check their account balance, raise a request for physical debits cards, access digital debit cards, and so much more. The mobile banking app will also provide customers with 24×7 help and support.

According to Paytm, with this app, it aims to bring millions of under-banked Indians to the economic mainstream.

Speaking about the app, Satish Kumar Gupta, MD & CEO Paytm Payments Bank said, “The new app has been introduced exclusively for its bank’s customers to provide a wide range of banking services in a phased manner.”

The CEO of Paytm Payment Bank, Satish Kumar Gupta also said, “The purpose of the new app is to segregate its operations from the existing app which caters to customers of several group entities. However, PPB customers will continue to serve its customers on its older app should its customers desire so. Both apps will co-exist.”

As of now, the newly launched mobile banking app’s Android version is available on Google Play store and is expected to come to Apple‘s App Store soon.

The customers of Paytm Payments Bank enjoy free banking services and earn an annual interest of 4% on their savings. Paytm Payments Bank lets its customers deposit up to Rs 1 lakh in their savings account and/or wallet. Any amount that exceeds the limit of Rs 1 lakh is automatically converted into a Fixed Deposit via auto sweep with PPB’s partner bank. This allows customers to earn up to 8% per annum interest on their Fixed Deposit amount. The customer can also instantly redeem the desired amount in their Fixed Deposit at any time free of charge.

Avani Baggahttp://www.gadgetbridge.com
Avani has an immense love for reading, travelling and food, but not necessarily in the same order. Avani almost started pursuing law, but life had other (better) plans for her and she chose to be a writer instead (luckily!) She previously covered technology at Times Internet and wrote about smartphones, mobile apps and tech startups. When she’s not writing, you’ll be able to find her in book stores or catching up on her social life.
Facebook
Twitter
WhatsApp
Linkedin
ReddIt
Email
Previous articleGoogle brings AI Speech Recogniser to the Gboard keyboard in Pixel devices
Next articleXiaomi Black Shark 2 with Snapdragon 855 SoC, 12GB RAM to launch on March 18