The line-up supports Dolby Vision, HDR10+ and is available in 50-Inch, 58-Inch Sizes 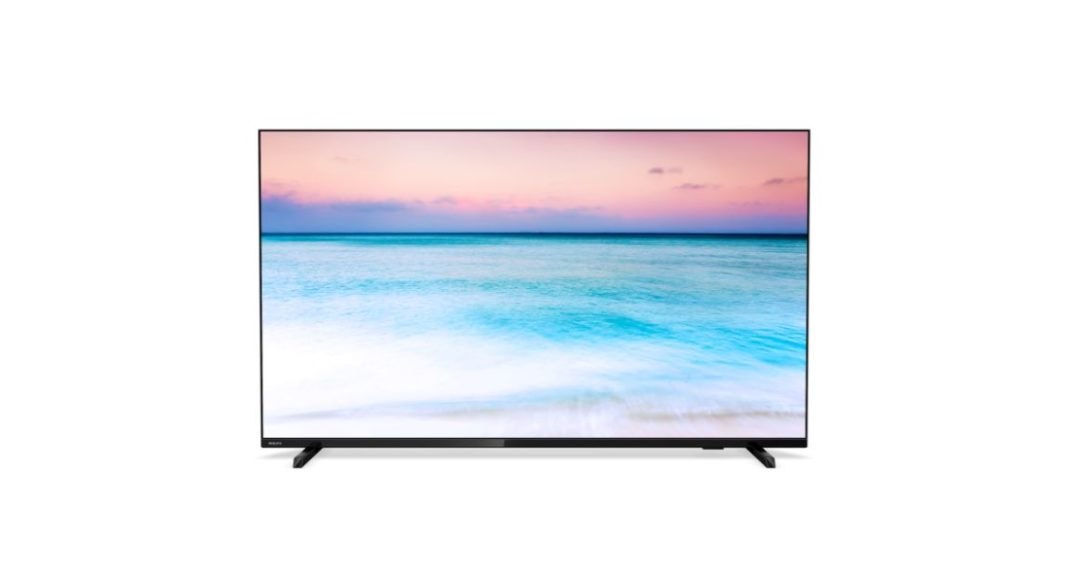 Formerly one of the largest electronics companies in the world Philips has unveiled a new range of its 4K LED Smart TVs in India. The company has introduced the new 50- and 58-inch 4K smart TV models supported by Dolby Vision ultra-vivid imaging and Dolby Atmos immersive audio. Both the new Philips LED variants are now available via leading online and offline stores in the country.

Both the two variants of the Philips LED Televisions feature a borderless design and almost the same features. The only major difference is the size of the screen which is available in a screen size of 50-inch 50PUT6604 and 58-inch 58PUT6604. With the borderless design, you can see more screen images till the edge of your screen. As stated, it’s timeless design will definitely blend intricately with your modern interior and increase the view angle for the comfort viewing for the consumer. The 4K LED panel has 16:9 aspect ratio and a micro dimming feature. According to the company with four times the resolution of conventional Full HD, Ultra HD lights up your screen with over 8-million-pixels and Ultra Resolution Upscaling technology. Therefore, offering improved images, sharper pictures with superior depth, contrast, natural motion and vivid details.

The Philips LED TVs also have support for HDR10+ video format and Dolby Vision as well as Dolby Atmos which means you get to see natural-looking audiovisuals. Whether it’s the latest streaming series or a Blu-Ray disc set, you’ll enjoy contrast, brightness, colour, and sound that reflect the director’s original intentions. Both the LED Televisions by Philips runs on SAPHI operating system offering you great picture quality and one-button access to a clear icon-based menu so that one can easily navigate to Philips Smart TV apps including YouTube, Netflix and Amazon Prime and more. The Television is powered by a quad-core processor with two 10W speakers with a combined sound output of 20W. Also, there is a five-band equalizer with features like Night mode and Bass enhancement. For connectivity, there is Wi-Fi 802.11n with Miracast support, Ethernet (RJ-45) port, headphone jack, with three HDMI ports and two USB ports.

Commenting on the launch of the new televisions, Mr. Shailesh Prabhu, Country Head, TPV Technology India Pvt. Ltd. said “A new Philips TV is always designed to match the lifestyle and taste of those discerning individuals who are looking for a unique viewing experience. With a borderless narrow profile and features like Dolby Vision and Dolby Atmos, this range is aimed at delivering better picture quality and incredible surround sound to make the content look and sound gloriously real. Consumers will now be able to experience powerful audio and enjoy a sharper picture with superior depth, contrast, natural motion and vivid details.”

The 50-inch 50PUT6604 and 58-inch 58PUT6604 televisions are priced at Rs 1,05,990 and Rs 1,19,990 respectively. Both the Philips 4K Smart TVs will be available via all leading offline channels and on online channels through Amazon and Flipkart.   TPV Technology is the official brand licensee of Philips Television and Audio business in the country. Its current retail presence is spread across 35000+ stores with more than 200 distributors.

Komila Singhhttp://www.gadgetbridge.com
Komila is one of the most spirited tech writers at Gadget Bridge. Always up for a new challenge, she is an expert at dissecting technology and getting to its core. She loves to tinker with new mobile phones, tablets and headphones.
Facebook
Twitter
WhatsApp
Linkedin
ReddIt
Email
Previous article
July 17 Amazon Quiz: Answer these five questions and you could win Bose 700 Bluetooth Headphones
Next article
Vivo launched iQOO U1 with Snapdragon 720G processor