Poco M2 Pro all set to launch in India on July 7, gets listed on Flipkart 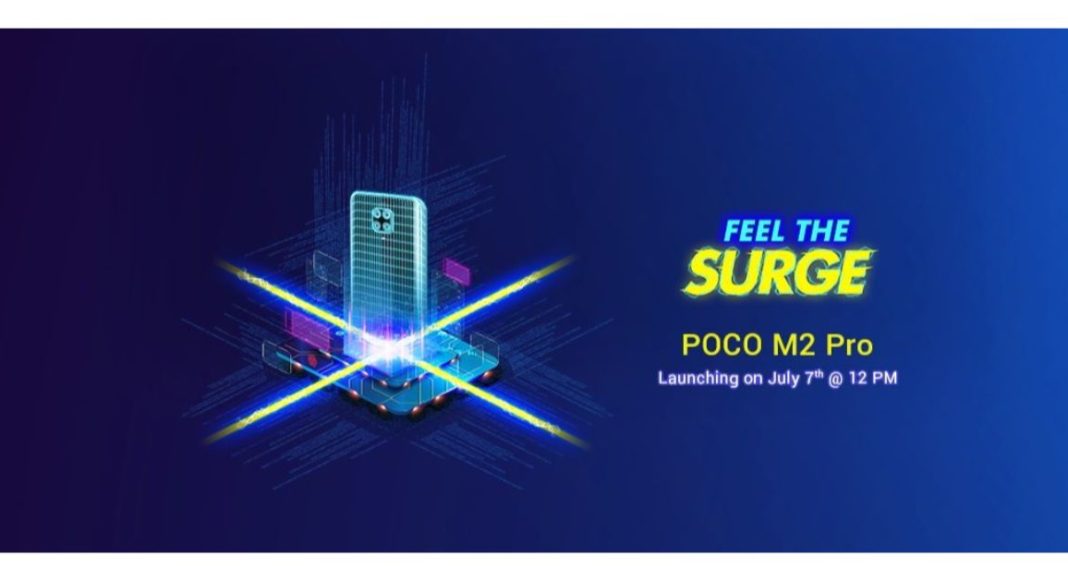 Last month Poco M2 Pro received the BIS certification (Bureau of Indian Standards) indicating the India launch. The device has been part of the rumour mill for quite some time and now the company has officially announced the official timeline for the release of the device in the country. According to Flipkart’s listing, Poco M2 Pro is set to launch on July 7 in India. This the second smartphone from the company after Poco X2 launching this year in the country.

Xiaomi’s spin-off Poco has now officially confirmed the launch date for its next upcoming device in India Poco M2 Pro. The device is set for July 7 launch in India. According to Flipkart’s listing the launch event will begin at 12 noon onward via an online launch event. The pre-recorded launch event is going to be live-streamed via’s company’s official YouTube channel across all its social media channels. The device is also expected to for sale on the same date.

Besides this, the company has also listed Poco M2 Pro on its official website. The listing has also revealed the key highlights of the upcoming smartphone. As per the shared recent teaser, the device will have a square-shaped camera module however the official listing has also shown the same. But the listing did not reveal the camera details except that there will be a quad rear camera setup on the back of the M2 Pro. In addition to this, the mobile phone will be supported by 33W fast charging tech out of the box.

The official information is limited however the previous reports suggest that recently Poco M2 Pro was spotted on the website of BIS with model number M2003J6CI though it did not reveal the key information about the smartphone. With a similar model number, it was discovered on the Bluetooth SIG and Wi-Fi Alliance sites. Both the website suggests that the device will be supported by Bluetooth v5.0 as well as dual-band Wi-Fi for connectivity. Rumours suggest that the device will be powered by Qualcomm Snapdragon 720G SoC. The device is anticipated to be a twisted rebranded variant of Redmi Note 9 Pro launched in India month back. The company is also expected to soon launch Poco F2 Pro in the country which has already made its debut in the European market and is also the rebranded version of Redmi K30 Pro.

Komila Singhhttp://www.gadgetbridge.com
Komila is one of the most spirited tech writers at Gadget Bridge. Always up for a new challenge, she is an expert at dissecting technology and getting to its core. She loves to tinker with new mobile phones, tablets and headphones.
Facebook
Twitter
WhatsApp
Linkedin
ReddIt
Email
Previous article
WhatsApp introduces Animated Stickers, QR codes and more: Here’s everything you must know
Next article
The 2020 models of OnePlus TV to launch in India today: How to watch the Livestream