Poco M3 design and specifications revealed ahead of the launch 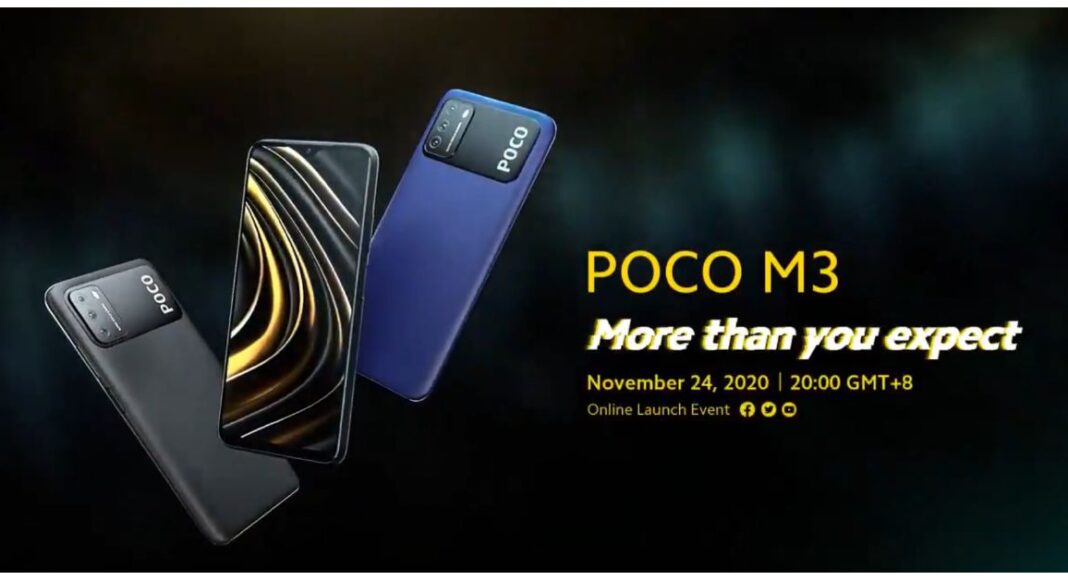 As per the leaked CAD renders of Poco M3 the device is shown featuring a large black coloured rear camera set up covering one-third space of the back panel. Though the large camera panel only carries three sensors with LED flash and a Poco branding. While the back panel has a textured finish for better grip. The front panel has a bezel-less design and a waterdrop notch to house a selfie camera. While the fingerprint scanner and volume rocker are stated to be embedded on the right side of the phone. The SIM card slot has been given on the left side of the frame.

In addition to this, the renders also reveal the yellow and blue colour options while the rumours also suggest three colour variants black, yellow, and blue.

As far as the internals of the Poco M3 are concerned it is confirmed to feature an FHD+ 6.53-inch display with a 60Hz refresh rate. It will be powered by octa-core Qualcomm Snapdragon 662 SoC while the rumours suggested a 4GB RAM. It is expected to house a 6,000mAh battery with 18W fast charging support. The Poco M3 is said to run on MIUI 12 for Poco based on top of Android 10. Camera details of the smartphone still remain unknown while it’s tipped to have a 48-megapixel primary sensor. The device is also speculated to be a rebadged variant of Redmi Note 10

As of now, there is no word from the company in terms of pricing. The Poco M3 launch will take place through a virtual event on November 24 at 5.30 PM IST

Komila Singhhttp://www.gadgetbridge.com
Komila is one of the most spirited tech writers at Gadget Bridge. Always up for a new challenge, she is an expert at dissecting technology and getting to its core. She loves to tinker with new mobile phones, tablets and headphones.
Facebook
Twitter
WhatsApp
Linkedin
ReddIt
Email
Previous article
Moto G 5G to likely to be a pocket-friendly 5G phone in India
Next article
Google paid crowdsourcing service Task Mate app now being tested in India, available via Play Store