The smartphone was presented globally at MWC 2022 recently. 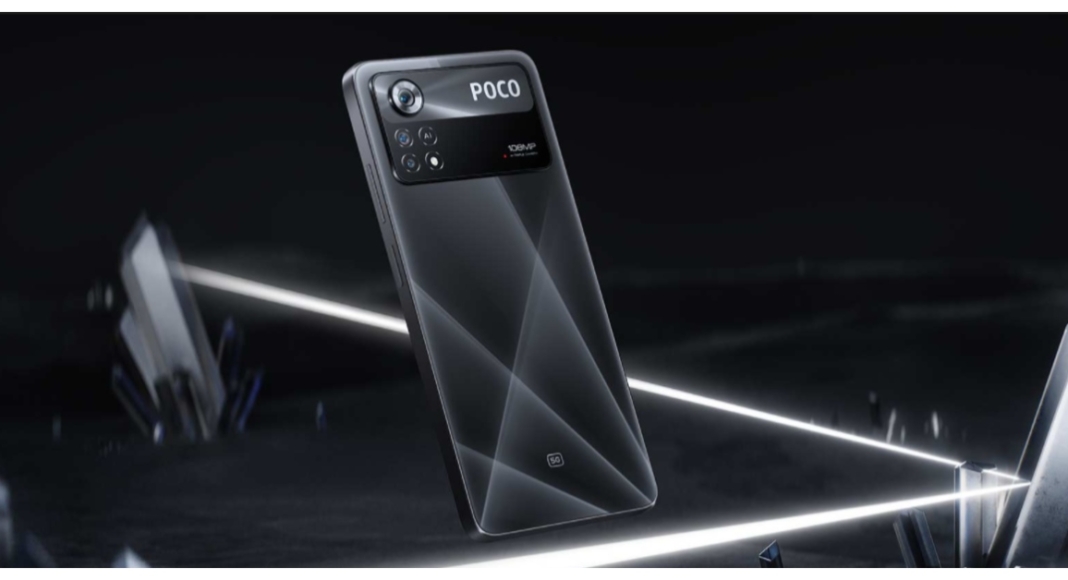 Poco has begun teasing its new smartphone in the Indian market. The Poco X4 Pro 5G India launch is now set for April 10. To recall, the smartphone was announced at MWC 2022 last month. Rumours suggest that the upcoming smartphone will have some changes to its specification. The phone comes with a 5,000mAh battery and features a 108MP camera. In addition to this, the handset is powered by Qualcomm Snapdragon 695 SoC.

Xiaomi’s sub-brand took to Twitter to announce the arrival of its upcoming smartphone. Notably, the company has not yet confirmed the date but in a cryptic tweet, it did mention “X” and “IV” roman numerals indicating 10 and 4, or April 10. The tweet reads, “The X has a date! Let’s know if you’re able to find it.”

The X has a date! Let's know if you're able to find it.

The global version of the Poco X4 Pro 5G has a 6.67-inch full-HD+ AMOLED display with a resolution of 1,0802,400 pixels. The display has a maximum brightness of 1200 nits, a refresh rate of 120Hz, and a touch sampling rate of 360Hz. The phone is powered by a Snapdragon 695 SoC with 8GB of RAM and runs Android 11 with the MIUI 13 skin on top. The phone has 256GB of internal storage that can be expanded to 1TB via a microSD card slot.

A 16-megapixel front-facing camera is available for selfies. It has a 5,000mAh battery with 67W fast charging support.

Mukul Sharma from stuff listings discovered the Poco X4 Pro 5G smartphone with model number 2201116PI on BIS earlier this month. However, no information is available about the RAM and storage configurations, as well as the specifications. Poco Watch was also discovered on the BIS website. The Poco smart wearable with model number M2131W1 has appeared on the BIS website, according to the tip.

Komila Singhhttp://www.gadgetbridge.com
Komila is one of the most spirited tech writers at Gadget Bridge. Always up for a new challenge, she is an expert at dissecting technology and getting to its core. She loves to tinker with new mobile phones, tablets and headphones.
Facebook
Twitter
WhatsApp
Linkedin
ReddIt
Email
Previous articleAsus ZenBook 14 Flip OLED convertible laptop with up to AMD Ryzen 9 5900HX processor launched in India
Next articleOppo A96 and Oppo A76 with Snapdragon 680 SoC launched in India

Komila Singh - May 24, 2022 0
The Filogic 880 and Filogic 380 Wi-Fi 7 platform solutions from MediaTek were announced recently by MediaTek. Both chipsets are meant for high-bandwidth applications...