The new game mode is based on the Sanhok map 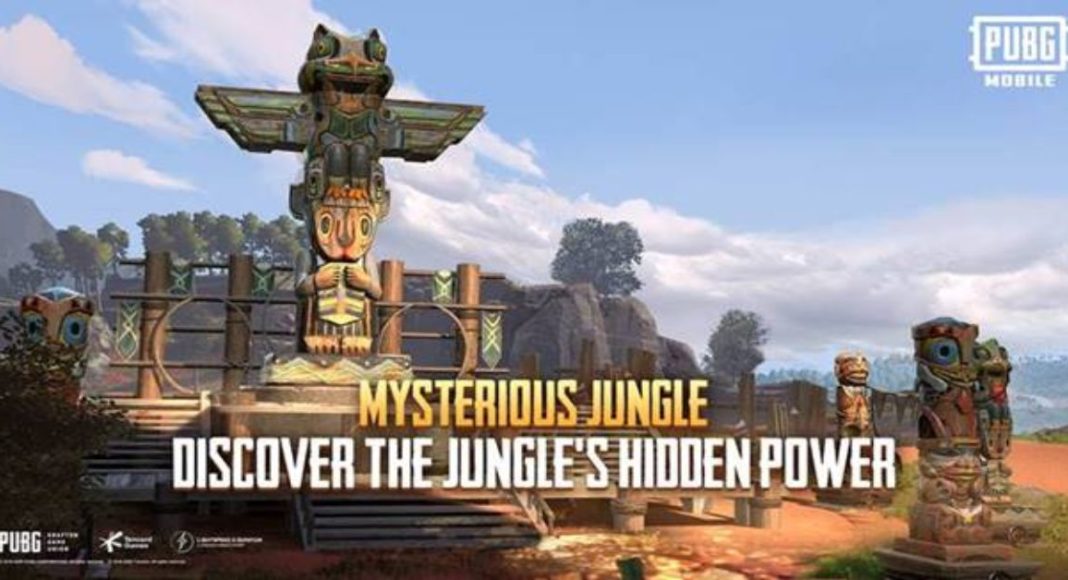 Very recently, Tencent Games teased the arrival of its new gaming mode known as “Mysterious Jungle” through a tweet posted on Twitter. However, it did not reveal much information related to the new mode. To recall, the company has rolled out Royale Pass Season 13 with two Cartoon Rangers named Ice Ranger and Fire Ranger. Prior to this, a new map called Miramar Map was also released through the version 0.18.0 update. Now the company has finally rolled out the Mysterious Jungle mode on PUBG Mobile, which it was teasing.

With the release of Mysterious Jungle mode on PUBG Mobile, it brings new treasure hunts via new mode along with some changes to the maps along with additional bonuses in the form of in-game items for praying to totems in the game.

While announcing the roll out the company said, “PUBG MOBILE introduces a “Mysterious Jungle” with an array of new features giving users a new twist to the old classic tactical gameplay in the dense and rugged forest map, Sanhok. Available starting today, the all-new  jungle-themed update looks to add a fresh and fun experience in an already intense battlefield.”

The new game mode is based on the Sanhok map and can be played in teams. Players who queue for Sanhok in Classic Mode will now have the random chance to activate and get into the new Jungle Adventure Mode, adding several mysterious totems to get different blessings. In addition to this the players will be able to activate  Power Totems, Strategy Totems, and Protection Totems in order to repair Helmets and Vests, restore Energy and restore Health, respectively.

Alongside, the plates will be able to experience features such as Jungle Food and Hot Air Balloons. The Jungle Food can be consumed by the players while traversing the Mysterious Jungle that will provide mysterious effects to players. Special fruits now grow throughout Sanhok, and players who loot and consume them have the chance to experience mystical effects. Random Buffs and Debuff allow players to be able to sense Air Drops, restore Health or Energy, or cause dizziness.

Whereas the air-balloons is a new addition in the list of vehicles which can be used to fly into the sky from one point to another and survey the battlefield to locate enemies.

To recall Sanhok map just arrived after the version 0.18.0 release that upgraded the Miramar map to Mad Miramar Map. It brings a new landscape, roads resources as well as housing areas. It also included new elements such as Sandstorm, race track etc and a new map vehicle Golden Mirando and a vending machine. This allows up to 20 players to interact with each other.

Komila Singhhttp://www.gadgetbridge.com
Komila is one of the most spirited tech writers at Gadget Bridge. Always up for a new challenge, she is an expert at dissecting technology and getting to its core. She loves to tinker with new mobile phones, tablets and headphones.
Facebook
Twitter
WhatsApp
Linkedin
ReddIt
Email
Previous article
‘Remove China Apps’ crosses 1 million downloads: Here’s what it’s all about
Next article
Acer Swift 3 laptop powered by Ryzen 4000 series processor launched in India