The new event will let the players win rewards and skins 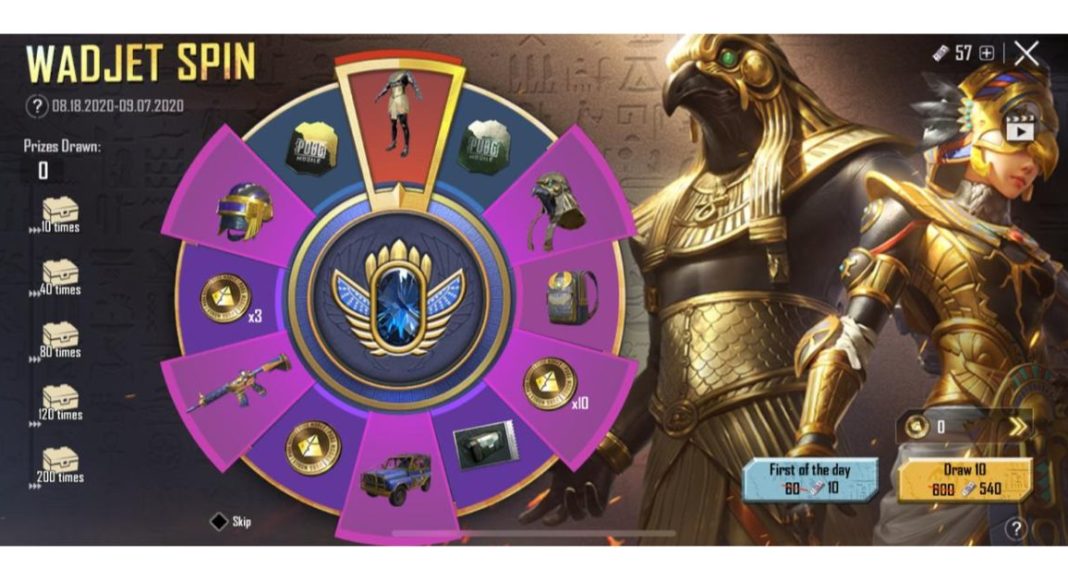 This year PUBG Mobile has recorded skyrocketing growth, both in terms of the user base and players also. To help people stay more at home and to lessen their boredom the developers introduced new updates, events and more to the game. Also, the company is also pushing official tournaments in India at regular intervals. Recently the company rolled out a new map Livik, Ancient Secret Mode, mastered Team Gun Game but now the company brings another exciting event to the PUBG Mobile game. It has released the Wadjet Spin Event letting the players win some exclusive rewards and one of a kind skins. Also, the company has released the logo of its PUBG Mobile Campus Championship 2020 (PMCC 2020).

The PUBG Mobile Wadjet Spin event is available now and will run till September 7. In order, the participants all you need to do is just put in some earned UC in order to draw prizes. According to the official one single draw, each day will cost you 10UC. You can also get 10 chances but for that, you have to spend not less than 540UC. 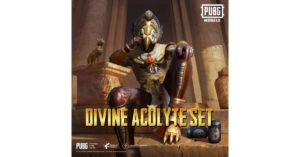 This time the company will be offering lots of goodies which include Mythic items, Legendary items, Epic items and finally Rare items.

The rewards include the following:

In addition to this, the players can also win awards by just spinning the Wadjet. Those who make 10 Draws will be able to win a Premium Crate coupon, while 40 draws will get you win the Will of Horus Parachute. Players that make 80 Draws will win 80 Lucky coins and those making up to 120 draws will win 100 lucky coins while 200 draws will make you win 160 lucky coins. These coins can be exchanged for Rare items at the Shop to redeem fragments. The players should know that the fragments and lucky coins will expire at the end of the event so they should be used as soon as possible. Also, the players can redeem fragments to get their hands on the exclusive Divine Acolyte Set.

Separately Tencent Games have announced PUBG Mobile Campus Championship 2020 (PMCC 2020). At the moment there are no details on the release so we have to wait for the official announcements. However, the company has revealed the logo of its open-to-all tournament for fans. This is going to be the second after d edition of the tournament PUBG Mobile Campus Championship India in 2018.

Komila Singhhttp://www.gadgetbridge.com
Komila is one of the most spirited tech writers at Gadget Bridge. Always up for a new challenge, she is an expert at dissecting technology and getting to its core. She loves to tinker with new mobile phones, tablets and headphones.
Facebook
Twitter
WhatsApp
Linkedin
ReddIt
Email
Previous article
August 20 Amazon Quiz: Participate and win Rs 50,000 Amazon Pay Balance
Next article
Realme X7 series officially confirmed, launch set for September 1