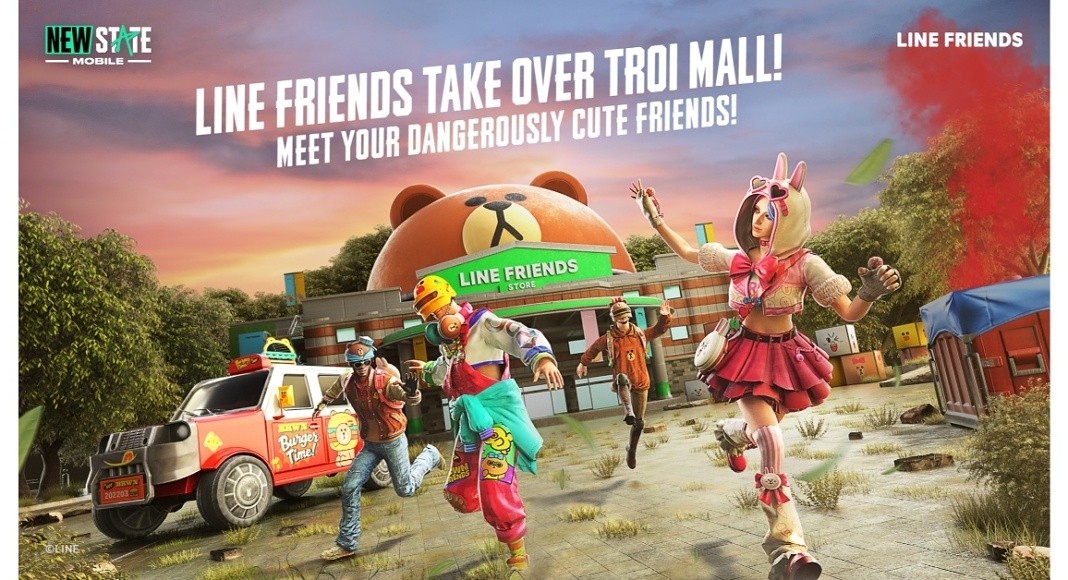 The June Update for New State Mobile is now available for Android and iOS. Players may now experience the joy of key characters such as Brown, Colly, and Sally through varied in-game content as part of the battle royale game’s collaboration with Line Friends. The partnership between LINE and FRIENDS is currently live and will be available until July 21. A new Survivor Pass and more weapon customization options for the Micro UZI and M16A4 are also included in the PUBG New State Mobile June Update.

For a complete list of other key improvements added to the game with the June Update, see the list below.

The June Update for New State Mobile is now available for Android and iOS users. The Line Friends partnership has come on New State Mobile to commemorate the introduction of the June Update, and it will be available until July 21. Players can start earning LINE FRIENDS-themed things like a costume, helmet, emote, vehicle, and melee skin through the collaboration crates as soon as they enter the game. When players arrive on the starting island, they will notice that the Mall zone of Troi has been refurbished to include a LINE FRIENDS store. Finally, players can engage in a profile reward event during this partnership period, which rewards gamers with a Line Friends-themed profile image, BP random crate, title, profile frame, chicken medal, and profile frame effect by completing daily missions.

Additional customization slots have been added to the Micro UZI and M16A4 guns to improve weapon customization and viability with the PUBG New State Mobile June Update. The Micro UZI can now be equipped with a laser sight, while the M16A4 can now be customised with an improved barrel that boosts burst fire rate and a grip that improves vertical recoil control.

With Alex May of the Strategist faction appearing in New State Mobile as part of the June Update, a new Survivor Pass is introduced. By completing all of the Story Missions, players can gain Alex May’s clothes and character appearance. Alex May’s Moonlight Goddess outfit set will be given to players that upgrade to the Premium Pass.

Komila Singhhttp://www.gadgetbridge.com
Komila is one of the most spirited tech writers at Gadget Bridge. Always up for a new challenge, she is an expert at dissecting technology and getting to its core. She loves to tinker with new mobile phones, tablets and headphones.
Facebook
Twitter
WhatsApp
Linkedin
ReddIt
Email
Previous article
The 10 best free online FPS browser games we love to play to kill time
Next article
InBook X1 Slim laptop featuring a full-HD+ display and 10th Gen Intel Core Processors launched in India