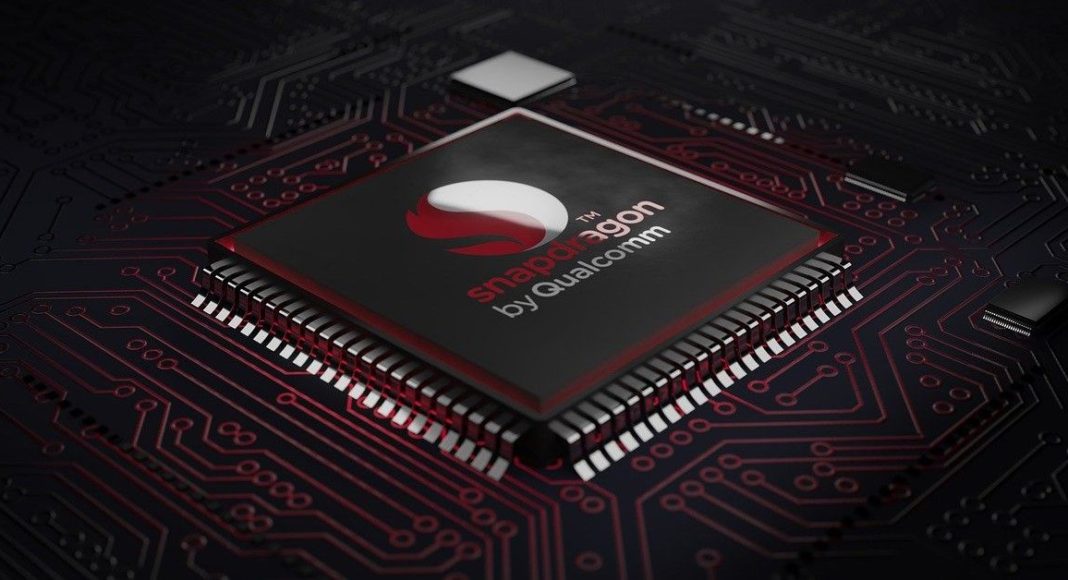 Later in December last year the American chipset manufacturer, Qualcomm announced two new processors with 5G support. The company launched Snapdragon 865 and the Snapdragon 765 at the Snapdragon Tech Summit in Hawaii. Now the company is preparing to launch the next processor in 2020, reports and rumours about it have started pouring in already. The 2020 flagship mobile processor Snapdragon 875 SoC. Reportedly the company will bring its next flagship chipset later this year.

Qualcomm is expected to announce its next flagship chipset Snapdragon 875 later this year. According to a report by 91Mobiles, it is tipped to be the company’s first 5nm chipset with the new X60 5G modem-RF system. The Qualcomm’s chipset has been found with a codename SM8350. To recall, its predecessor was also spotted with the SM8250 codename. The flagship smartphone chipset is said to come to the high-end premium Android smartphones this year or maybe next year. Also the company’s existing generations of flagship chipset Snapdragon 865 won’t get an upgrade or there will not be any Snapdragon 865+ and the current-generation System on a Chip(SoC) will be succeeded by Snapdragon 875.

Qualcomm Snapdragon 875  also referred to internally as the SM8350 is expected to be manufactured by the same Taiwan based company TSMC. However, there is no word from the company about bringing its next generation of smartphone System on a Chip (SoC), the Snapdragon 875. The chipset is most likely to be based on the fresh developed 5nm Fabrication Node. It is said to come integrated with a 5G modem however until now the company has not yet decided the 5G standard for mobile communication and data transmission. The current flagship chipset Snapdragon 865 comes with a separate 5G modem called Snapdragon X55 5G. Considering the growing popularity of 5G enabled devices the company might get the 5G modem already embedded to the upcoming SoC and this might reduce the extra cost from the chipset with the removal of an extra piece of component inside the smartphone. So unlike its predecessor, the next chipset might come integrated with  Snapdragon X60 modem. Whereas the company has officially confirmed its next-gen 5G modem which is expected to get ready by next year. ‘Besides this Qualcomm Snapdragon 875 is suggested to include a custom Kryo 685 CPU built on Arm v8 Cortex tech along with Adreno 660 GPU, and a Spectra 580 image-processing engine. Moreover, the report claims that it might get  Adreno 665 VPU, Adreno 1095 DPU  and is most likely to get 3 G/ 4G/ 5G modem –Millimeter wave (mmWave) and sub-6 GHz bands support. It might also involve other Snapdragon Sensors Core Technology, External 802.11ax, 2×2 MIMO, and Bluetooth Milan, Compute Hexagon DSP with Hexagon Vector eXtensions and Hexagon Tensor Accelerator. In addition to this, the chipset is said to support Quad-channel package-on-package (PoP) high-speed LPDDR5 SDRAM and Low-power audio subsystem combined with Aqstic Audio Technologies WCD9380 and WCD9385 audio codec.

Komila Singhhttp://www.gadgetbridge.com
Komila is one of the most spirited tech writers at Gadget Bridge. Always up for a new challenge, she is an expert at dissecting technology and getting to its core. She loves to tinker with new mobile phones, tablets and headphones.
Facebook
Twitter
WhatsApp
Linkedin
ReddIt
Email
Previous articleMicrosoft’s Forza Street is now available to iOS and Android gamers
Next articleCustomers who pre-booked their Samsung Galaxy S20 series smartphones in India being offered E-Voucher worth Rs 4,000 by the company