Realme CEO officially revealed the image of the Realme XT

The phone will have a 64MP camera 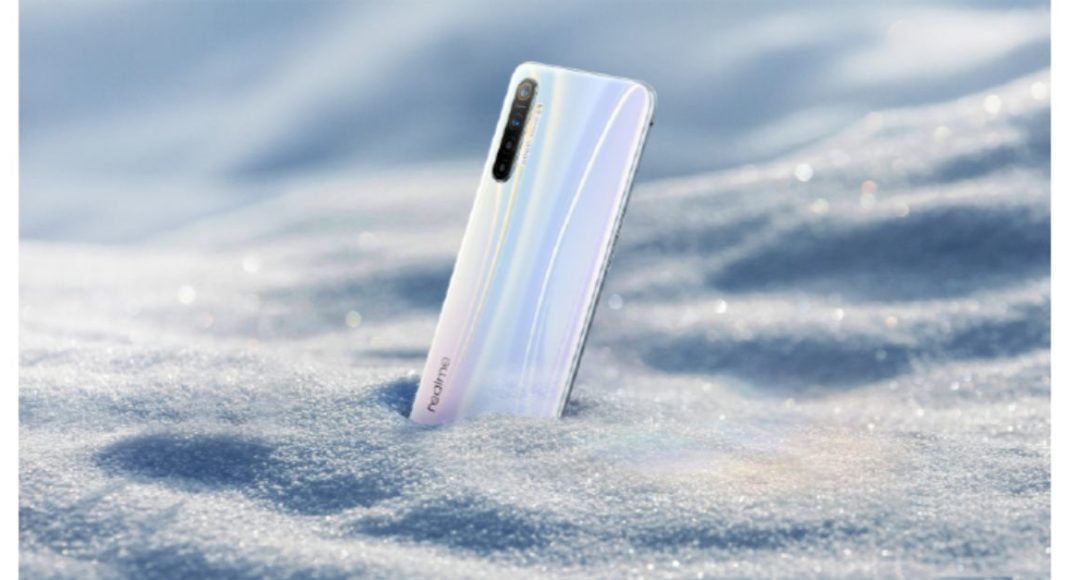 Earlier this month Realme organized a press event in New Delhi where it revealed its most anticipated 64-megapixel camera smartphone. The Chinese smartphone company has said that the new smartphone will be featuring a quad-camera set up in its new Realme range of smartphones. Now the company’s chief marketing officer has officially shared the exclusive image of the Realme XT that the company recently confirmed to come with a 64MP camera. The shared photo displays the back panel of the upcoming smartphone that has a white gradient finish on its back panel. Additionally, it also shows the quad rear camera set up along with the 64-megapixel main sensor. Besides this, it is being speculated that the company might launch the phone in China on September 4.

Realme’s chief marketing officer Xu Qi Chase officially shared and image of Realme XT on its Weibo account confirming that the phone will arrive in ‘silver wing white’ colour variant along with the 64-megapixel main camera. It is also expected that the forthcoming phone will be powered by a Qualcomm Snapdragon processor. Apart from that, the pictures revealed the rear panel of the device that has a pearl white finish. All four cameras are placed vertically. The top camera sensor is surrounded by a golden ring that is the main 64-megapixel sensor that equipped with Samsung’s latest ISOCELL Bright GW1 sensor and is coupled with an ultra-wide-angle camera, macro lens, and a depth sensor. ISOCELL Bright GW1 sensor offers 64MP photos with a resolution of 9,248 x 6,936 pixels. That comes with the support for HDR of up to 100-decibels.

While on the other hand Realme shared a couple of teasers on its official Weibo account dropping a hint that the phone might be unveiled at an event on September 4.

Komila Singhhttp://www.gadgetbridge.com
Komila is one of the most spirited tech writers at Gadget Bridge. Always up for a new challenge, she is an expert at dissecting technology and getting to its core. She loves to tinker with new mobile phones, tablets and headphones.
Facebook
Twitter
WhatsApp
Linkedin
ReddIt
Email
Previous articleApple released iOS 12.4.1 update that patches vulnerabilities that allowed iPhone Jailbreak
Next articleSamsung launched Galaxy A10s with 6.2-inch display in India