HomeMobilesRealme 5 to go on sale for the first time on Flipkart...

Realme 5 to go on sale for the first time on Flipkart and Realme.com

The phone comes at a starting price of Rs 9,999 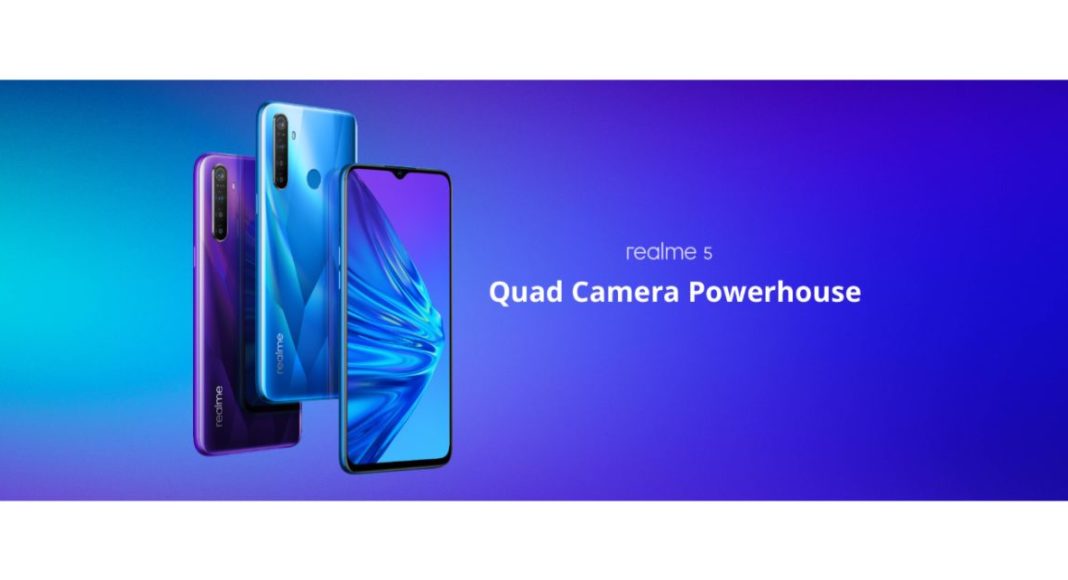 Last week the Chinese smartphone company, Realme launched two smartphones in India. The company launched Realme 5 alongside Realme 5 Pro. Now Realme 5 is all set to go on its first sale today. The biggest selling point of the smartphone is its quad rear camera set up. Till yesterday the smartphone was on pre-orders in the country. Read to know about the latest launch offers and specifications.

Now coming on the launch offers Jio subscriber can avail benefits worth up to Rs 7,000 on the purchase of Realme 5.  Apart from that E-commerce website, Flipkart will also be offering Complete Mobile Protection at lower rates along with Paytm’s first membership. Using Paytm the buyers will get a cashback of up to Rs 2,000.

Realme 5 connectivity options include 4G VoLTE, Wi-Fi 802.11ac, Bluetooth v5.0, a GPS/ A-GPS, a3.5mm headphone jack, and a Micro-USB port. It has all the necessary sensors like accelerometer, ambient light sensor, gyroscope, a magnetometer and a proximity sensor along with a fingerprint sensor on the rear panel.

Komila Singhhttp://www.gadgetbridge.com
Komila is one of the most spirited tech writers at Gadget Bridge. Always up for a new challenge, she is an expert at dissecting technology and getting to its core. She loves to tinker with new mobile phones, tablets and headphones.
Facebook
Twitter
WhatsApp
Linkedin
ReddIt
Email
Previous articleVivo V17 Pro expected to be launched in Big Boss 13
Next articleXiaomi’s Mi A3 will go on sale  today via Mi.com and Amazon