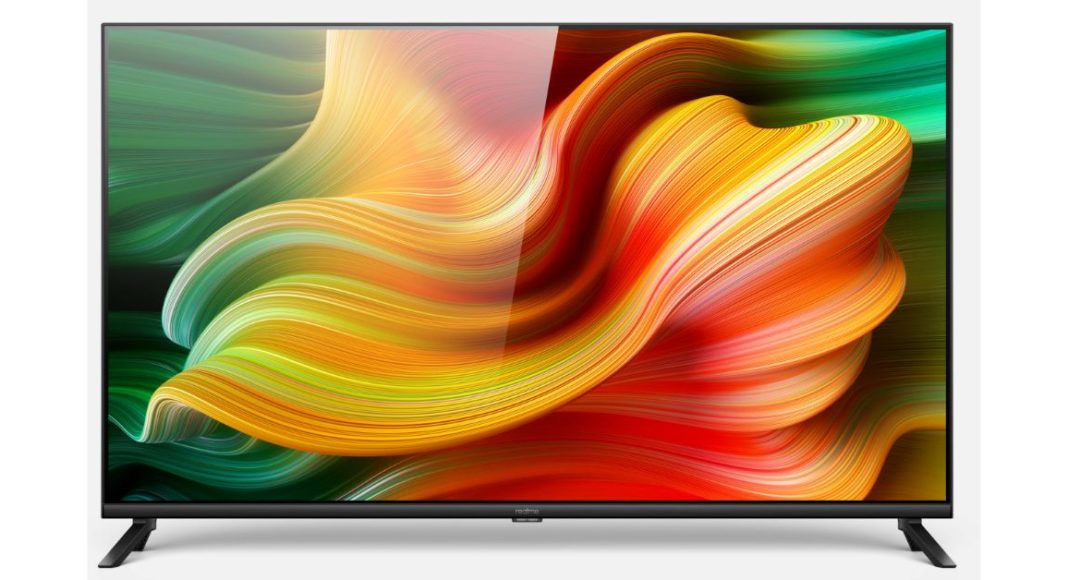 The Chinese smartphone company Realme forays into the television category with the launch of its first smart TV in India. The Realme Smart TV is powered by MediaTek 64-bit quad-core processor along with Dolby Audio certified 24W quad stereo speakers. Alongside the television, the company also launched a bunch of its new products namely  Realme Watch, Buds Air Neo and 10000mAh Power Bank 2 in the country.

Speaking at the launch, Mr. Madhav Sheth, Vice President, Realme and Chief Executive Officer, Realme India said, “India has always been a top priority market for realme. We aim to launch multiple AIoT products in 2020 around your ‘Personal, Home, and Travel’ experience along with smartphones. In this scheme of things, we are proud to debut our first smart TV with industry-leading MediaTek chipsets and Dolby Audio quad speakers, offering the best sound and picture quality at their prices. Also, we are happy to offer the most functional smartwatch in the segment – realme Watch.

The company has introduced Realme Smart TV in two sizes. The 43 inches size model is priced at Rs 21,999 whereas the 32 inches size option has been launched with a price tag of Rs 12,999. Both the models are said to go on sale starting June 2 via Flipkart and realme.com whereas the offline availability details are yet to be announced soon. The Television comes with an additional one year warranty only for the panel if purchased via online channels. 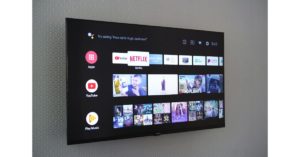 As we mentioned above the Realme Smart TV will be offered in two sizes 43 inches and 32 inches with a resolution of 1920X1080 and 1366X768respectively. The TV features Chroma Boost Picture Engine which improves the picture quality along with brightness, colour, contrast and clarity. It comes with a  visual angle of up to 178 degrees. There are 7 display modes available on the device standard, vivid, sport, movie, game, energy-saving, and user, customized to the viewer watching preferences.

The Television comes with a bezel-less design and is powered by MediaTek 64-bit quad-core processor that supports HDR10 video decoding. It equips 24W Quad Stereo Speakers located are the bottom of the Television. To deliver clear audio quality and enhanced sound the Smart TV comes integrated with Dolby Audio.

In addition to this, the users can download third party videos, music platforms, movies, and programs can also be downloaded through the Play Store. However, it comes loaded with popular streaming media platforms, Netflix, YouTube, Prime Video. It comes with a built-in Chromecast to connect to your smartphone or any other device for games, videos, movies and listening to music while also sharing the photos and videos taken by the mobile phone. For connectivity, there is 2.4GHz WiFi and Infrared, Bluetooth 5.0 multiple wireless connections.

The Realme Smart TV runs on Android TV (Android 9.0) and comes with Google Assistant to control the TV with one’s voice to customize the experience to unique interests and enable access to a variety of content through the Google Play Store & YouTube.

Komila Singhhttp://www.gadgetbridge.com
Komila is one of the most spirited tech writers at Gadget Bridge. Always up for a new challenge, she is an expert at dissecting technology and getting to its core. She loves to tinker with new mobile phones, tablets and headphones.
Facebook
Twitter
WhatsApp
Linkedin
ReddIt
Email
Previous article
Fujifilm launched X-T4 mirrorless camera in India
Next article
Realme Buds Air Neo, Realme Watch and Buds Air Neo Launched in India: Pricing and features details