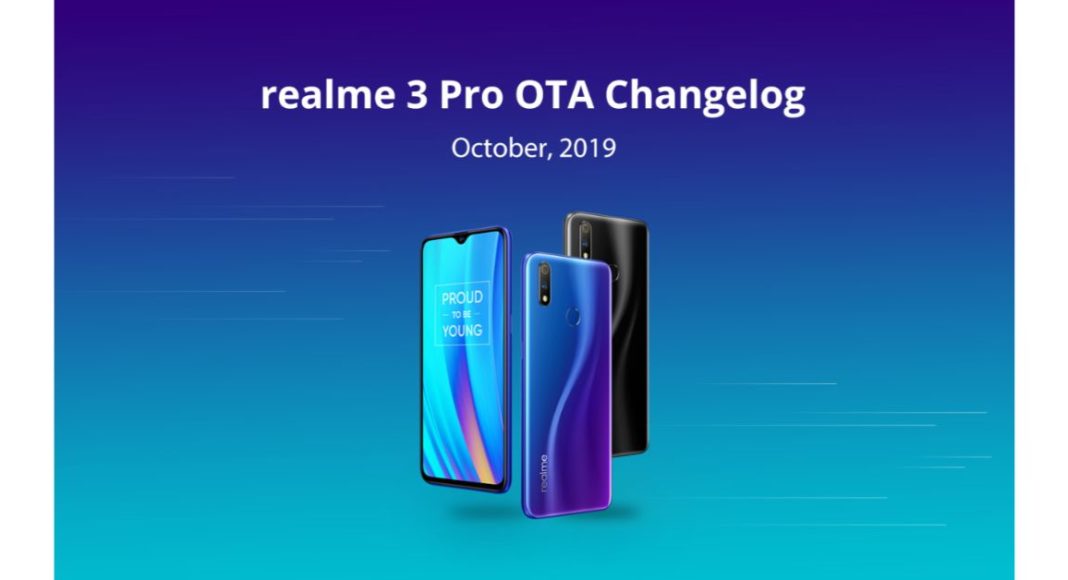 Chinese smartphone brand Realme introduced Realme 3 Pro in India sometime in the month of April this year. The smartphone has started receiving a new software update. The new update gets a number of features for the device along with October 2019 Android Security patch. But the most important update is the system-wide dark mode feature. The software update comes with a version number RMX1851EX_11_A.20.

Realme took to its forum to announce the roll-out of a new software update for Realme 3 Pro. The Over the Air update comes with version number RMX1851EX_11_A.20 and is also  2.74GB in size.

The blog post says, “In order to ensure the stability of this OTA, it will have a staged rollout. The OTA will be randomly pushed out to a limited number of users today and will have a broader rollout in a few days after making sure there are no critical bugs. If no critical bugs are found, the full rollout will be completed in the upcoming days.”

The new  Over the Air update for Realme 3 Pro comes with an Android security patch. The major software update brings Dark Mode, updated charging animation and fast switch toggle between SIM in notification center has also been added.

The Realme update comes with Realme Laboratory, option for notification dots for updates has been added and to optimize gaming experience firmware version has also been updated.

If you have not received the update we would suggest you check it in the Settings options. Or else the OTA can be downloaded manually from the Software Upgrade page via Simple mode or Recovery mode.

Komila Singhhttp://www.gadgetbridge.com
Komila is one of the most spirited tech writers at Gadget Bridge. Always up for a new challenge, she is an expert at dissecting technology and getting to its core. She loves to tinker with new mobile phones, tablets and headphones.
Facebook
Twitter
WhatsApp
Linkedin
ReddIt
Email
Previous article
Incognito mode for Google Maps is now available for Android users, coming to iOS users soon
Next article
The search engine giant Google has acquired Fitbit for $2.1 billion