The OTA update is being pushed out in a phased manner 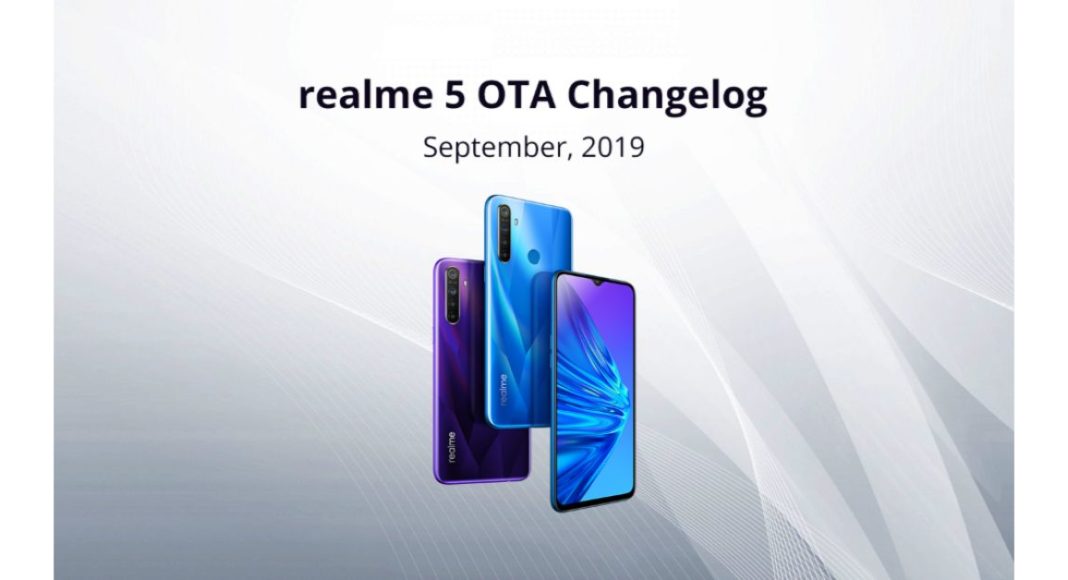 The Chinese smartphone manufacturer Realme last month launch Realme 5 smartphone in India. The newly launched smartphone comes with a quad rear camera set, Qualcomm Snapdragon 665 SoC and a 5,000mAh battery. The device has now started receiving a new software update that comes with improvements to the camera along with digital wellbeing. The over the air update is currently being rolled out in a staged manner.

The latest update comes with optimized multi-finger touch experience, various camera improvements and Google’s Digital Wellbeing. The OTA update bears version RMX1911EX_11_A.13_190909_81277b1e. According to the changelog the company is rolling out the OTA in an incremental manner so as to ensure the stability. Initially, it will reach to a limited number of users, then after ensuring there are no critical bugs found the broader rollout will be pushed in the coming days.

To download the latest software, update the users can check the availability of it by heading on to the Settings as the OTA is being rolled out in a staged manner.

Komila Singhhttp://www.gadgetbridge.com
Komila is one of the most spirited tech writers at Gadget Bridge. Always up for a new challenge, she is an expert at dissecting technology and getting to its core. She loves to tinker with new mobile phones, tablets and headphones.
Facebook
Twitter
WhatsApp
Linkedin
ReddIt
Email
Previous articleMotorola set to launch Moto E6s with dual rear cameras today along with their first smart TV
Next articleMoto E6S and Motorola Smart TV launched in India today