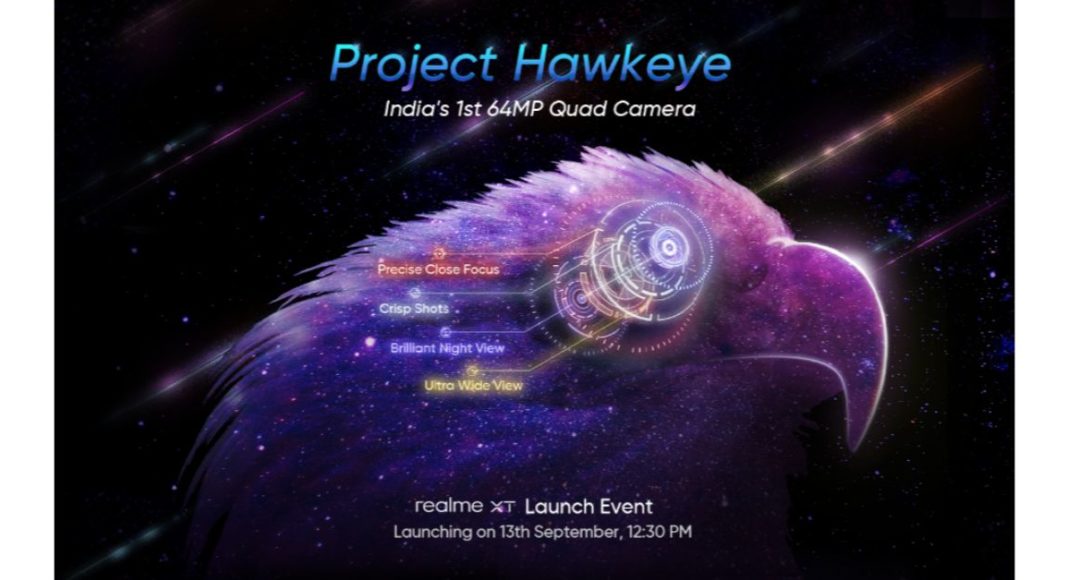 The Chinese smartphone brand Realme is all set to launch its hyped smartphone Realme XT. Now you must be thinking why is it the most hyped phone? So, for those who are unaware Realme XT is not only the company’s first but it is India’s first smartphone featuring a 64-megapixel sensor. The company will unveil the handset on September 13 next week in New Delhi. The company has also started sending invites plus it is also offering special invitation passes to its fans.

The smartphone company took to Twitter and announced the launch date along with an image revealing the imaging capability of the quad-camera set up. The posted image is basically an invitation to its fans who are willing to witness this launch of Realme XT live. The image says – Precise Close Focus, Crisp Shots, Brilliant Night View, Ultra-Wide View that points out the camera capabilities of the upcoming phone.

Get ready to witness the rise of India’s first 64MP Quad Camera smartphone #realmeXT!
Launching at 12:30 PM, 13th September on our official handles. #64MPQuadCameraXpert
Register now to be a part of the launchhttps://t.co/ctPoSuOQeD
Hurry! Limited seats. pic.twitter.com/ose1huoF3e

Besides this, the company has also shared a link where interested fans can get them registered to win a ticket for the launch event. The lucky fans will attend the launch event live from the venue, interact with the Realme team and experience Realme products.

Last month the company organized a press event where it showcased its first smartphone with a 64-megapixel sensor. During the press event, the company only revealed the camera capabilities of the smartphone. But, it did not reveal the pricing as well as the specifications of the handset.

Recently Xiaomi also launched Redmi Note 8 Pro in China that also comes with a 64-megapixel sensor. However, the company did not reveal the availability of the device in India. Even before Xioami, Realme announced the arrival of India’s first 64-megapixel sensor smartphone.

Coming on the technical specifications, Realme XT will come with a 6.4-inch full-HD+ Super AMOLED display, along with a waterdrop notch on the screen. The phone has all-glass body and the company has used Corning Gorilla Glass on the front as well as on the back panel. The handset will be powered by a Qualcomm Snapdragon 712 SoC. Realme will be offering the phone in three storage options 4GB RAM with 64GB storage, 6GB RAM with 64GB storage and 8GB RAM with 128GB of internal storage. 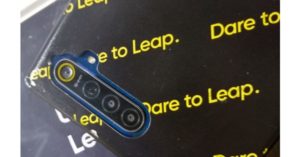 Now coming on the most important aspect of the realme XT. It features a quad-camera setup, which will come with a combination of 64-megapixel camera powered by Samsung’s ISOCELL Bright GW1 sensor along with an f/1.8 aperture. An 8-megapixel wide-angle camera, a 2-megapixel macro camera and a 2-megapixel depth camera. On the front, it will sport a 16-megapixel selfie camera. Dual nano-SIM capability with 4G support is also going to be there. It will be available in more than one colour option.

Komila Singhhttp://www.gadgetbridge.com
Komila is one of the most spirited tech writers at Gadget Bridge. Always up for a new challenge, she is an expert at dissecting technology and getting to its core. She loves to tinker with new mobile phones, tablets and headphones.
Facebook
Twitter
WhatsApp
Linkedin
ReddIt
Email
Previous articleVivo Z1x with 32-megapixel front camera launched in India today: Specifications and price
Next articleCompare: Vivo Z1x and Vivo Z1 Pro