Realme Watch specifications revealed ahead of the launch 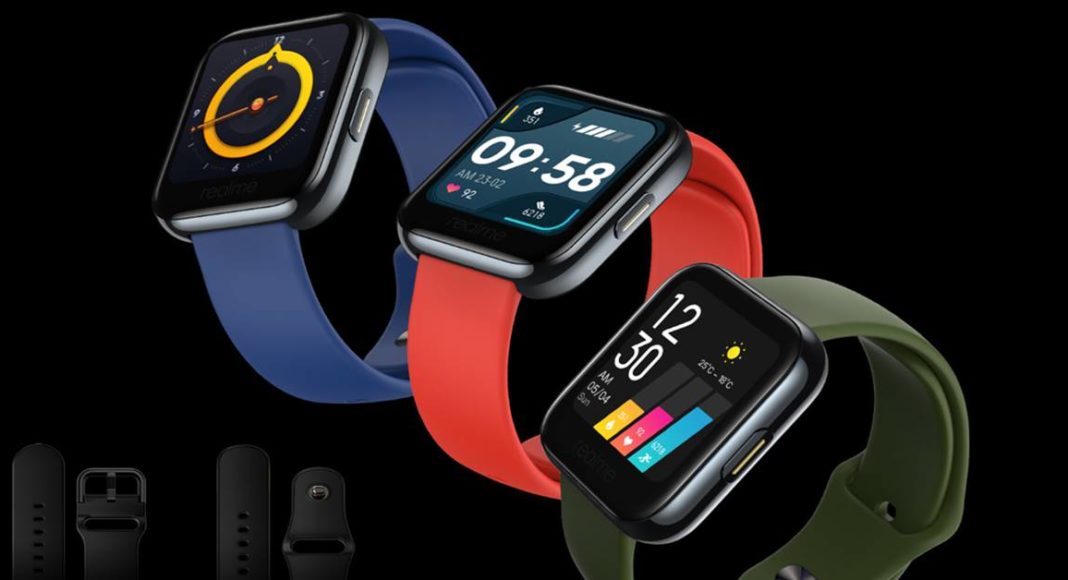 Ahead of the May 25 launch event, Realme has shared a teaser on its official website about its much-anticipated watch that will be launching along with Realme TV and other IoT products in India. The teaser talks about the company’s first smartwatch design as well as several interesting features that it carries.

Sporting a 1.4-inch (3.5 cm) colour touch-screen display, which Realme claims is the biggest screen display in India in the price segment, Realme Watch showcases a square-shaped that displays temperature on the top along with Realme logo at the bottom of the screen. Besides that, two buttons could be seen mounted on the right side of the display screen.

In the Realme Watch, a user can customize their watch with colourful straps and customize watch faces as it comes with two strap options — classic and fashion. From the image shown on the website, it seems that the Realme Watch’s strap is made up of silicon.

The Realme Watch comes with intelligent activity tracker with 14 sports modes including:

According to Realme, this watch acts like your 24*7 health assistant as it comes fitted with real-time heart rate monitor as well as a blood oxygen level monitor(spO2) sensor. In order to pair and control the watch, a user could simply download the Realme Link app via Google Play Store. However, there is no mention about the iOS app as of now but it is believe that the app would be available on Apple Store soon.

Moreover, Realme Watch will alert its users about when to drink water and relax, showcase the current weather status, when to stand up and move, time as well as push notifications for calls and SMS. In addition to this, the smartwatch also provides support for apps like WhatsApp, Facebook, Twitter, Gmail, Instagram, YouTube, TikTok, Messenger and much more.

Besides this, the users of Realme Watch could also enjoy the entertainment on the go with camera control that easily enables them take pictures as well as music control to tune into their favourite tune while they are exercising.

In the past, several rumours have hinted that Realme Watch is likely to run on a battery with 160mAH capacity along with Realme’s custom OS. As far as price is concerned, the watch is likely to fall in sub-Rs10,000 category to take on Amazfit GTS.

We will bring in more updates once it gets launched. Stay tuned!