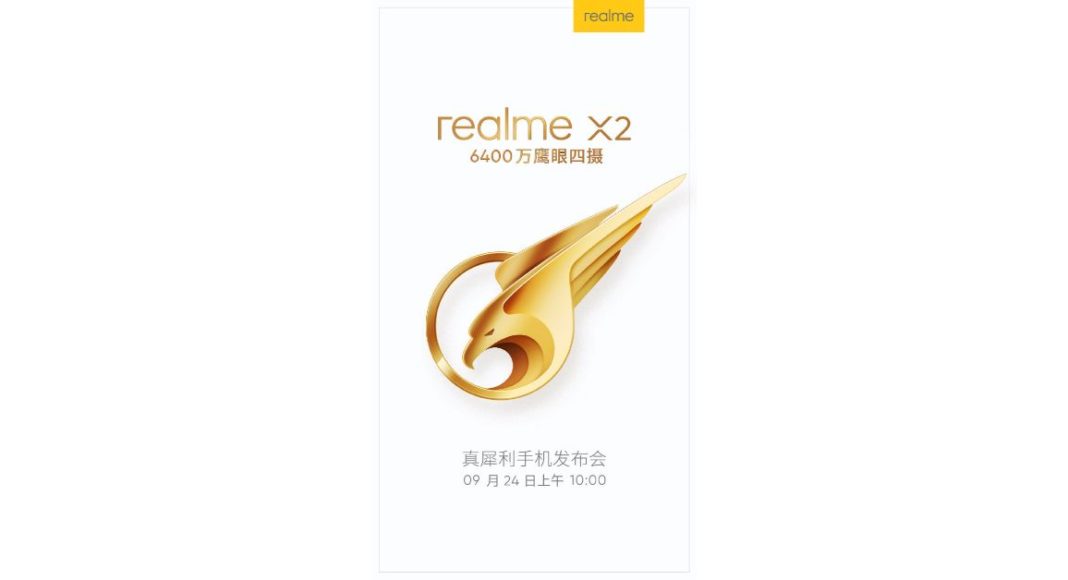 The Chinese smartphone brand Realme is all set to launch Realme X2 in China on September 24. Realme X2 is the successor of Realme X which was launched by the company few months ago. The company announced that arrival of the device via Weibo post. It is confirmed to come with a 64-megapixel camera. As of now, there is no confirmation when the upcoming smartphone will head to India. But it is expected to be unveiled in the country with a new name as Realme XT 730G, which was announced by the company last week during the launch of Realme XT.

Along with a teaser image the Chinese company announced the official launch date of Realme X2 on Weibo. The teaser image reveals that the upcoming phone will feature a quad rear camera set up consisting of a 64-megapixel camera sensor. On the other hand, the company’s CMO Xu Qi Chase opened up that Realme X will be launched in two colour variants- Silver Wing White and Star Map Blue with a gradient finish. It is believed that Realme XT 730G is the rebranded variant of Realme X and will arrive in India sometime in the month of December as promised by the company. 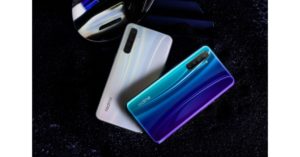 Realme X2 has now been listed on TENAA, a Chinese regulatory. As per the listing Realme, X2 will come with a 6.4-inch Super AMOLED screen with waterdrop notch along with Hyperbola 3D Glass design, full-HD resolution. Also, the phone will have an in-display fingerprint sensor. The upcoming device is said to be Snapdragon 730G processor paired with 6GB of RAM along with 64GB of internal storage that can be expanded via microSD card up to 256GB. The phone will pack a 4,000mAh battery

Komila Singhhttp://www.gadgetbridge.com
Komila is one of the most spirited tech writers at Gadget Bridge. Always up for a new challenge, she is an expert at dissecting technology and getting to its core. She loves to tinker with new mobile phones, tablets and headphones.
Facebook
Twitter
WhatsApp
Linkedin
ReddIt
Email
Previous articleCompare: Samsung Galaxy M30s, Galaxy M30 and Realme XT
Next articleAmazon Alexa now understands and interacts in Hinglish