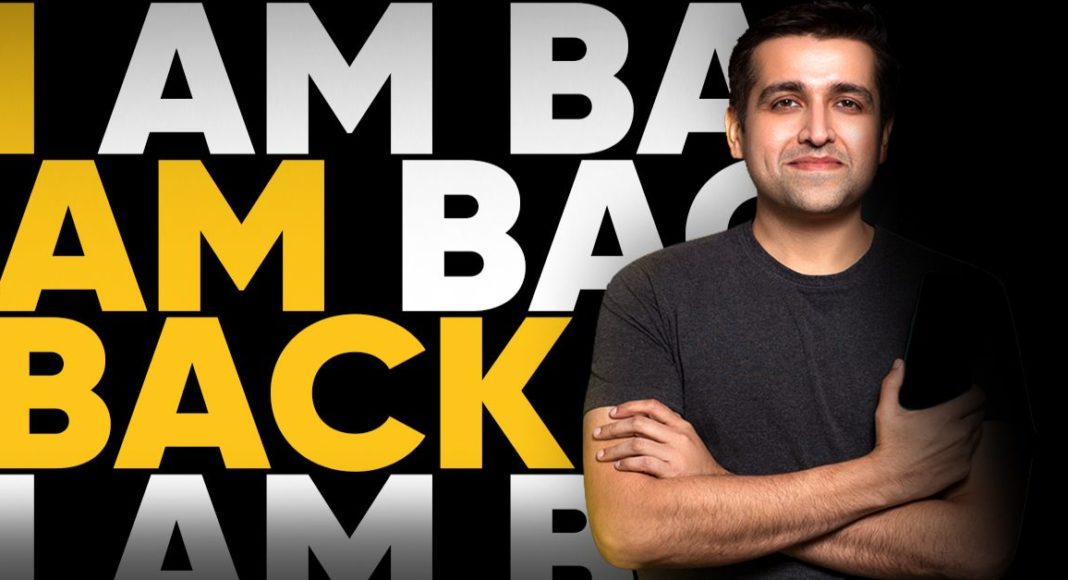 The Chinese brand, Realme, recently officially confirmed its upcoming Realme X7 Series. The launch is set for September 1 in China. The company is expected to include two new 5G devices in the series Realme X7 and Realme X7 Pro. The series is tipped to come with a 120Hz refresh rate panel. The new smartphone series is expected to arrive in India soon. Realme India CEO has hinted of the launch.

Realme India CEO Madhav Sheth took to Twitter to share a hint to incite the eagerness among its fans. In a mysterious manner, he hinted that soon the company will be launching two new smartphones in India. In addition to this, he has also embedded a picture of him holding a smartphone in his hand that has been partially hidden. On zooming in we can only see the front of the smartphone.

His tweet reads “I can see that you guys were missing me from the past couple of launch events. Well, I was busy making two new smartphones for you, and I have to make them Super Good!”

In his tweet, he indicated two phones and 7 in the hashtag refers to Realme 7 and Realme 7 Pro smartphones.

As we already mentioned the launch of the Realme 7 series is scheduled for September 1 in its home market China. So Sheth’s tweet clearly indicated that the phone might arrive at the Indian stores around the same time.

Though the information related to both the smartphone is very scarce. But these are confirmed to include a bezel-less hole punch design display with a 120Hz refresh rate panel. Additionally, the devices offering 5G support. Also, it should also include a thin and light flash charging tech hinting at a 65W SuperDart charging or 125W UltraDart charging support.

According to a certification document, which leaked recently the Pro variant is expected to boast a 4,500mAh battery which is going to have a Realme’s 65W SuperDart charging support.

Komila Singhhttp://www.gadgetbridge.com
Komila is one of the most spirited tech writers at Gadget Bridge. Always up for a new challenge, she is an expert at dissecting technology and getting to its core. She loves to tinker with new mobile phones, tablets and headphones.
Facebook
Twitter
WhatsApp
Linkedin
ReddIt
Email
Previous articleDelhi Metro launches a new Smart Card with auto-top up feature
Next articleOppo set to launch Oppo A53 with Snapdragon 460 processor in India on August 25: Launch details and specifications