The updates are being rolled out in batches 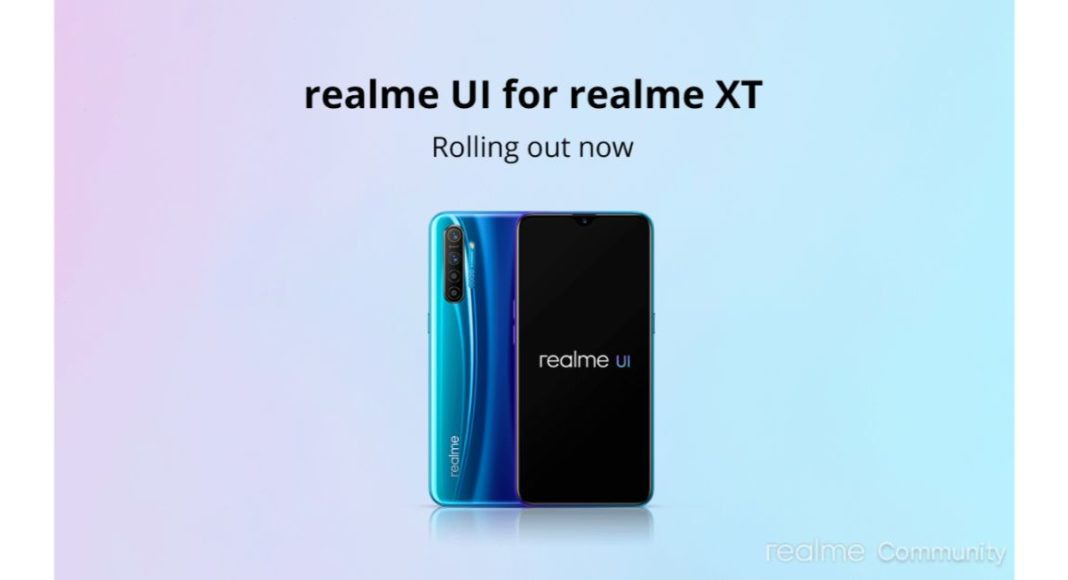 The Chinese smartphone manufacturer last year launched Realme XT in India. Now the company has started rolling out  Android 10-based Realme UI update for the smartphone in the country. The official rollout has begun and the updates are rolled out in a staged manner in order to ensure the stability of the update. The update brings a host of new features to the smartphone.

Realme UI rollout for Realme XT comes with the version number RMX1921EX_11_C.01. The update size is about 3.52GB. As per the company, the OTA will be rolled out to a limited number of users initially and will have a broader rollout in a few days after making sure there are no critical bugs. If no critical bugs are found, the full rollout will be completed in the upcoming days.

As per the changelog, the smartphone will be receiving a brand new Real Design, Optimized user interface and improved one-handed operation. The company has also enhanced Smart Sidebar in which File Console has been replaced with File manager, OSIE Visual Effect and notification alerts have also been removed. To open the smart sidebar in split-screen mode drag an app out of it. Two new features have been added to it Assistive Ball Opacity and Hide Assistive Ball on Fullscreen App.

The floating window feature for more apps has also been optimised and a bubble is displayed when you open an app in a floating window from the Smart Sidebar. Tap the bubble to collapse or open the app.

Now coming to the navigation features which has also received a few changes like new the realme Xt gets new Android 10 navigation gestures and all gestures are supported in landscape mode. Focus mode has been added to minimize outside distractions when the user is learning or working. A new pause feature for screen recording has been added, optimised ringtones and user can now view the memory of recent tasks and locked apps.

The update also brings Random MAC address Generator which means when the user connects their phone to the Wi-Fi network the system will be generating a random MAC address to avoid targeted ads and protect privacy.

Komila Singhhttp://www.gadgetbridge.com
Komila is one of the most spirited tech writers at Gadget Bridge. Always up for a new challenge, she is an expert at dissecting technology and getting to its core. She loves to tinker with new mobile phones, tablets and headphones.
Facebook
Twitter
WhatsApp
Linkedin
ReddIt
Email
Previous article
Huawei Band 4 to go on its first sale in India today via Flipkart
Next article
WhatsApp VS Telegram: Here’s what Telegram founder suggests Jeff Bezos