The company is also planning to launch a new 5G smartphone in India. 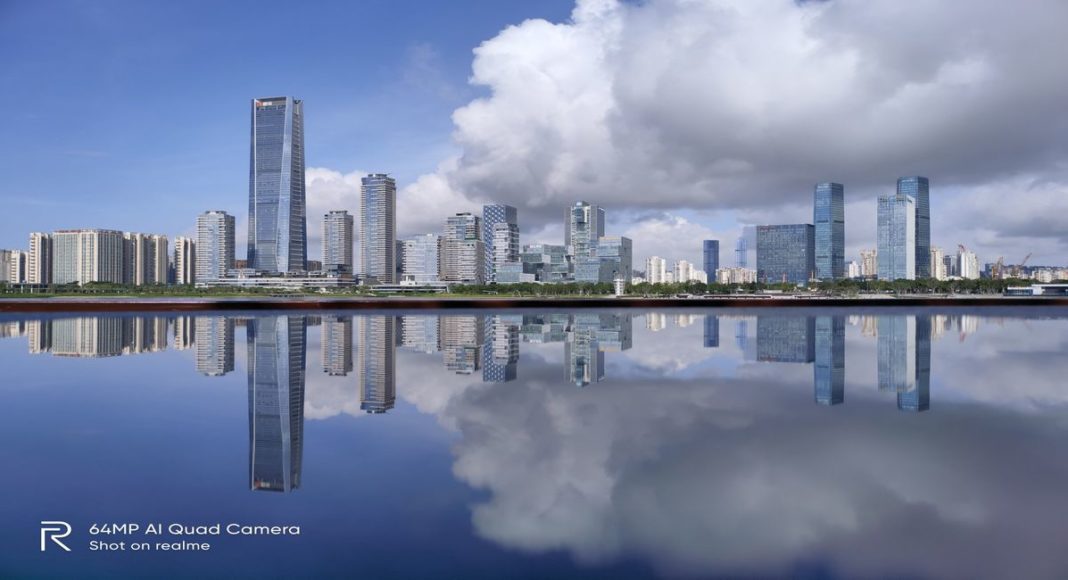 Earlier this year, Samsung showcased its 64MP sensor, which, we should mention, is the highest ever resolution for a smartphone lens so far. Following this, a number of reports surfaced online about Samsung planning to launch a handset with its 64MP camera. Soon, a report also said that Xiaomi will be using Samsung’s camera in its smartphone. Now, Realme has confirmed that its upcoming camera will also come with a 64MP sensor on its back panel.

The news has been confirmed by Realme India CEO Madhav Sheth, who tweeted a photo on his official Twitter handle taken from the 64MP sensor. This is a proof enough that the upcoming smartphone from Realme will come with a 64MP Samsung GW1 camera sensor. In addition to this, Sheth also said that the company will launch the smartphone in India first and then it will be unveiled in international markets.

The photo tweeted by the CEO was reportedly taken with Samsung’s 64MP camera sensor with 1/1.72-inch sensor and 1.6-microns pixel size. The image shared by Sheth is of a city taken from afar and it shows great details and a minimal level of noise. Sheth also said that the upcoming camera is capable of capturing clear shots and has great low-light imaging capabilities. The image comes with a watermark and this suggests that the smartphone will come with a quad-camera setup with the main camera being the 64MP sensor.

Sheath’s tweet read, “The camera sensor in talks is the Samsung’s 64MP ISOCELL Bright GW1 sensor that is capable of capturing 16MP images in low light scenarios through the Tetracell technology introduced by the South Korean tech giant, Samsung. Other than that, the sensor would also support up to 100dbs real-time HDR and it would allow the users to record 1080p slow-motion videos as the sensor comes with Super PD PDAF technology. #DareToLeap.”

Other than the camera setup and the main camera details, no other information about other cameras as well as the smartphone itself are known. Realme is also planning to launch its Realme X and the Realme X Lite in the Indian market in the second half of the year. According to Realme, it had around 7.25% of market hold by the end of Q1 2019. However, the company is aiming for a market share hold of around 12% – 15% by the end of 2019.

Other than a new smartphone with quad-camera setup and 64MP main camera, the company is also aiming to launch a new 5G equipped smartphone in the Indian market. Not much is known about it as of now, but we will update you as we get to know more.

Aman Singhhttps://www.gadgetbridge.com/
Aman Kumar Singh has a Masters in Journalism and Mass Communication. He is a journalist, a photographer, a writer, a gamer, a movie addict and has a love for reading (everything). It’s his love of reading that has brought him knowledge in various fields including technology and gadgets. Talking about which, he loves to tweak and play with gadgets, new and old. And when he finds time, if he finds time, he can be seen playing video games or taking a new gadget for a test run.
Facebook
Twitter
WhatsApp
Linkedin
ReddIt
Email
Previous article
Gigi Hadid wants a change in copyright law for her Instagram account
Next article
Telegram 5.8 gets the ability to create local groups and add contacts nearby