HomeMobilesRedmi 10 with a dual rear camera set up to launch in...

The device is a different model from what was introduced last month and globally last year. 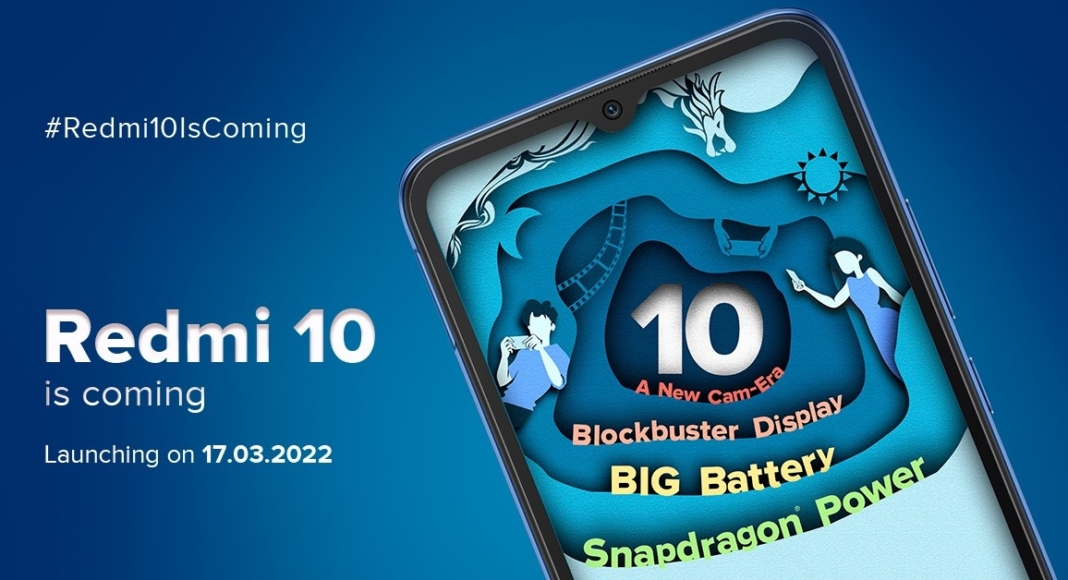 Xiaomi’s sub-brand Redmi seems to be on a launch spree. The company has announced the launch of Redmi 10 in the Indian market. As per the company, the device will debut in the country on March 17. Prior to the Indian launch, the device was updated and announced last month. The upcoming smartphone is likely to include a dual rear camera set up featuring a 50MP sensor. The handset is a tweaked variant of Redmi 10 (global) and an updated smartphone that was launched last month.

The news comes by way of a press invite in which the company confirmed the Redmi 10 India launch and its debut date. Additionally, the upcoming launch was also declared via the company’s social media channels.

A dedicated webpage has been created to tease the Redmi 10’s arrival in the nation. The Indian variant is said to have different specifications from the global one released last year. As we said earlier the phone was also updated last month which has a distinct design.

According to the microsite, the Redmi 10 will have a water drop-style display notch in India. This is in contrast to both the original and the one introduced last month featuring a hole-punch display design.

Besides this Redmi 10 will use a 6nm Snapdragon SoC, as opposed to both the global and the latest models which both use the MediaTek Helio G88 CPU. The phone is also teased to feature a dual rear camera arrangement with a 50-megapixel main sensor. The camera specs also differ from the older and the latest Redmi 10 consists of a quad back camera arrangement, albeit both phones also have a 50-megapixel main sensor.

In addition to this Redmi 10 is said to have a bigger battery, storage and quick charging capabilities. The phone also looks to contain a fingerprint sensor on the rear. In contrast, the global and the 2022 models have a side-mounted fingerprint sensor.

Komila Singhhttp://www.gadgetbridge.com
Komila is one of the most spirited tech writers at Gadget Bridge. Always up for a new challenge, she is an expert at dissecting technology and getting to its core. She loves to tinker with new mobile phones, tablets and headphones.
Facebook
Twitter
WhatsApp
Linkedin
ReddIt
Email
Previous articleFujifilm X-T30 II mirrorless digital camera launched in India
Next articleiQoo Z6 5G smartphone confirmed to launch in a few days in India: Leaked specs and pricing