HomeMobilesRedmi 6 and Redmi 6A start receiving the MIUI 10.3 Android Pie... 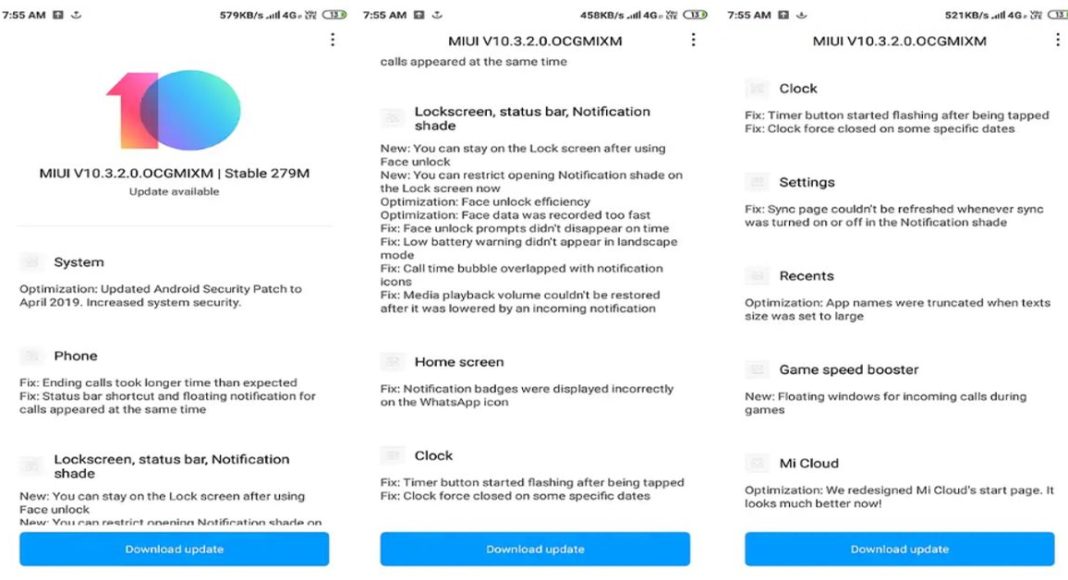 After the launch of its and Redmi Y3 and Redmi 7 smartphone, Xiaomi hasn’t forgotten about its previous devices. Just a week after the launch of the two smartphones, Xiaomi has started pushing out its MIUI 10.3 stable update for its Redmi 6 smartphones in India. The users of the Redmi 6 reported on the MIUI forum that they have started receiving the new updates for their devices. The new update comes with major bug fixes along with improvements including the April Android Security patch.

The new MIUI 10.3 stable update holds the build number MIUI v10.3.2.0.OCGMIXM and is 279MB in size. The new update brings the Android 9 Pie update to the Redmi 6 and the Redmi 6A with the April Android Security patch. But some users are also reporting that they are receiving the March Android Security patch. On this note, the company is yet to say how to fix this issue and why it is being caused.

The changelog of the new MIUI update shows that the new MIUI 10.3 brings a lot of bug fixes. It has also fixed the bug which earlier affected the calls so that it would take longer time to end. The issue that caused status bar shortcut and the floating notification for calls appear at the same time has also been fixed in the MIUI 10.3. Other than that, the update also solves the problems related to face unlock, sync settings page, low battery warning, call time bubble, media playback volume and notification badges.

To update the device to the latest MIUI 10.3 the users of the Redmi 6 and the Redmi 6A needs to go to Settings, and then to About Phone. Once there, users need to tap on System Updates and then Check on Updates. Once it is tapped, the device will automatically look for the possible updates. Once the update is downloaded, users need to make sure that their device needs to be charged up to 30% for it to be installed.

Other than the bug fixes, the new MIUI 10.3 update also optimises the face unlock, app icons and Mi cloud. It also lets the users of the Redmi 6 and the Redmi 6A enable the floating window for incoming calls while the user is playing a game on his device.

Other than the Redmi 6, Xiaomi had released the new MIUI 10.3.1.0 stable update through the over-the-air (OTA) update for Redmi 4 earlier. The new update on Redmi 4 brings the new MIUI but it comes with the outdated October 2018 Android Security patch.

Aman Singhhttps://www.gadgetbridge.com/
Aman Kumar Singh has a Masters in Journalism and Mass Communication. He is a journalist, a photographer, a writer, a gamer, a movie addict and has a love for reading (everything). It’s his love of reading that has brought him knowledge in various fields including technology and gadgets. Talking about which, he loves to tweak and play with gadgets, new and old. And when he finds time, if he finds time, he can be seen playing video games or taking a new gadget for a test run.
Facebook
Twitter
WhatsApp
Linkedin
ReddIt
Email
Previous articleMoto Razr 2019 renders and in-box contents leaked: Here’s what we know so far
Next articleTop smartphones that received a price cut in April 2019

Anurag Sharma - Apr 22, 2021 0
Note-taking applications keep your ideas organised and improve your productivity. The iPad along with the Apple Pencil enables you to create handy notes consisting...