HomeMobilesRedmi 6A is the top selling smartphones in India in Q1 2019:...

Redmi 6A is the top selling smartphones in India in Q1 2019: IDC

Redmi 6A was the most sold smartphone in India in the Q1 2019 followed by Redmi Note 6 Pro and Redmi Y2. 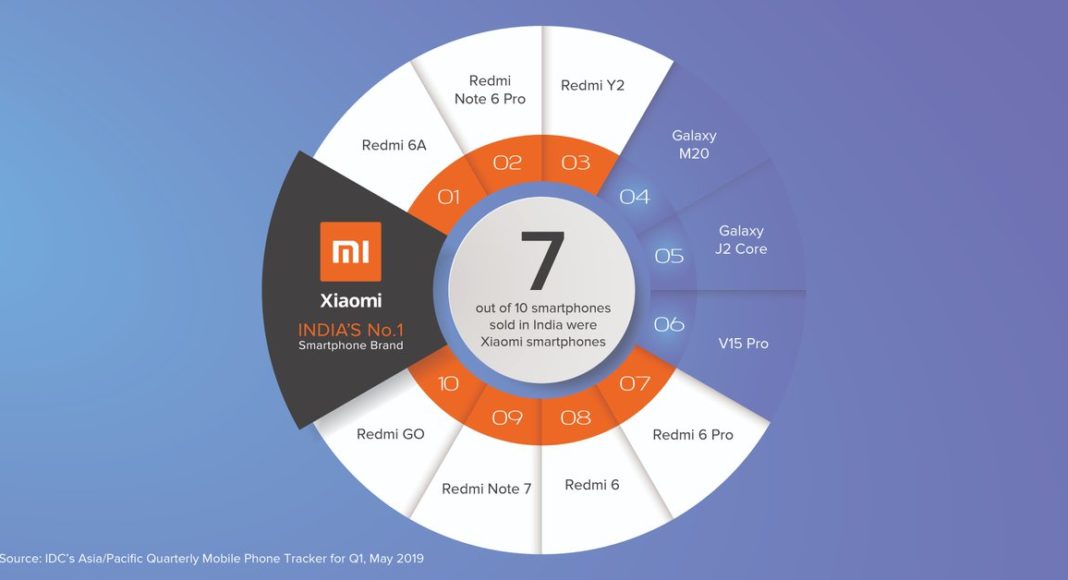 This year has seen the launch of some very interesting and powerful smartphones. One of such OEM makers is of Chinese origin named Xiaomi, and it has made quite a name for itself in the budget segment of the Indian smartphone market. In the first quarter of 2019, Xiaomi has maintained its lead.

According to a report by research firm IDC, in the first quarter of 2019 (Q1), Xiaomi’s Redmi 6A has was the best-selling smartphone of 2019 in India. The report by IDC states that the top three smartphones to be sold in India in Q1 are from Xiaomi’s portfolio. The first spot is held by Redmi 6A while at the second comes Redmi Note 6 Pro and Redmi Y2 holding the third place.

Xiaomi India’s VP Manu Kumar Jain confirmed that at number 7 is the Redmi 6 Pro while the number 8 spot is taken by Redmi 6. On number 9 is the Redmi Note 7 and at the tenth spot is the Redmi Go. This list of the top 10 smartphones to be sold in the Q1 of 2019 shows what percentage of market share the Chinese company holds in India.

The fourth place in the list is held by Samsung Galaxy M20 while at number 5 is Samsung Galaxy J2 Core and at number 6 is the Vivo V15 Pro. The reports further mentions that in Q1 2019, Xiaomi had held 30.6% of market share and shipped around 9.8 million units. This is greater than last year’s report, in Q1 2018, Xiaomi had shipped around 9.1 million units. While Samsung came at number 2 as it held 22.3% of market share in India and shipped 7.2 million units. Samsung defeated Apple in the $500+ price segment as Galaxy S10 and other premium devices from the company gave it a lead position. 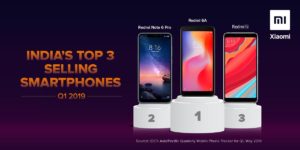 Even though the global market of smartphones saw a fall by 6% the smartphone market in India rose 7.1% more than its previous record. 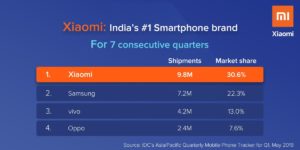 Aman Singhhttps://www.gadgetbridge.com/
Aman Kumar Singh has a Masters in Journalism and Mass Communication. He is a journalist, a photographer, a writer, a gamer, a movie addict and has a love for reading (everything). It’s his love of reading that has brought him knowledge in various fields including technology and gadgets. Talking about which, he loves to tweak and play with gadgets, new and old. And when he finds time, if he finds time, he can be seen playing video games or taking a new gadget for a test run.
Facebook
Twitter
WhatsApp
Linkedin
ReddIt
Email
Previous articleFlipkart Big Shopping Days sale: 5 deals that you should not miss
Next article[Video] OnePlus 7 Pro detailed unboxing, feature list and first impressions