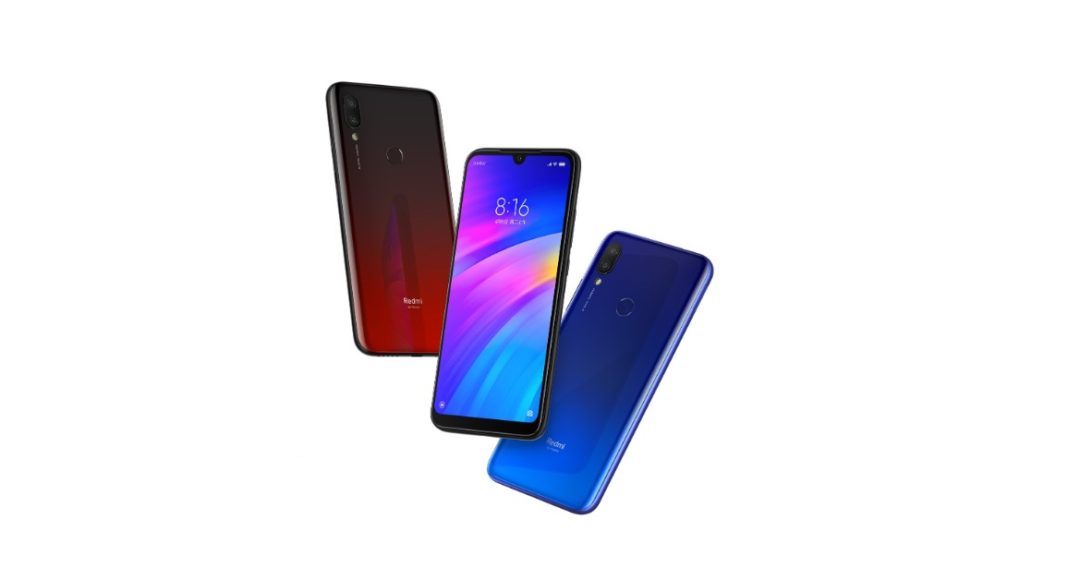 Xiaomi has today launched its Redmi 7 smartphone in its home country, China. The device is the successor of Redmi 6 smartphone that was launched last year and comes with a 19:9 display and Android Pie based MIUI 10. The Redmi 7 handset is powered by an octa-core Snapdragon 632 processor coupled with 4GB RAM and houses a 4,000mAh battery.

The battery of the smartphone is said to deliver up to 400 hours of standby time with a single charge and is said to come with power saving optimizations that are backed by AI (artificial intelligence). Xiaomi also unveiled the Redmi Note 7 Pro smartphone at the event, which was recalled a few weeks back in India. Here’s a look at the pricing details and specifications of the newly launched smartphones in China:

Redmi 7 smartphone has been launched in Dream Blue, Charm Night Red and Bright Black colours in China and all three come with gradient back panels. We should add that the smartphone will go on sale in its home country on March 26. As of now, there is no word on the launch or availability of the handset in India.

In China, Redmi Note 7 Pro smartphone bears a price tag of CNY 1,599 (approximately Rs 16,300). Unlike India, where the smartphone is available in 4GB RAM/ 64GB storage and 6GB RAM/128GB storage models, Redmi 7 will only be available the higher-end variant in China.

Redmi 7 smartphone comes with Android 9.0 Pie skinned with MIUI 10 on top and features a 6.26-inch HD+ display that comes with a 19:9 aspect ratio, is protected with Corning Gorilla Glass 5 and has a colour gamut of 84% NTSC. The handset is powered by an octa-core Qualcomm Snapdragon 632 processor clubbed with the aforementioned RAM options. The handset is available in 16GB, 32GB and 64GB storage options and the device can hold a microSD card of up to 512GB.

For imaging duties, Redmi 7 smartphone comes with a dual rear camera setup with that comprises of a 12MP sensor with an f/2.2 lens and a 2MP camera. On the front panel, there is an 8MP selfie camera. Redmi 7 smartphone houses a 4,000mAh battery and its connectivity options include 4G VoLTE, Wi-Fi, Bluetooth v4.2, GPS, USB, Infrared blaster, and a 3.5mm headphone jack.