With this, the device will be available in three colour variants in its home country. 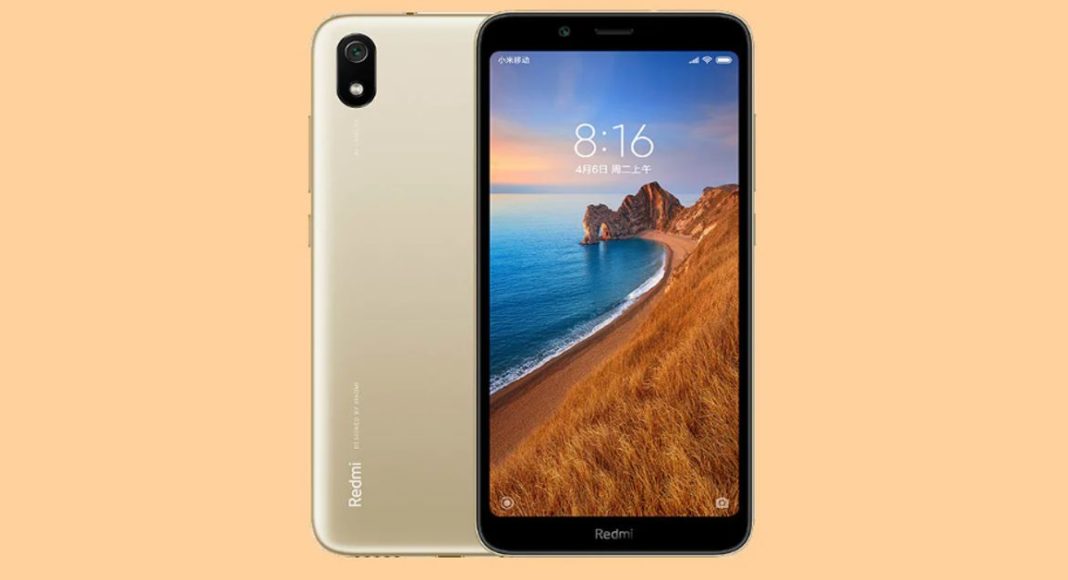 Xiaomi’s entry-level handset Redmi 7A, that is aimed at first-time smartphone buyers has received a new colour variant. Till now, the smartphone was available in Matte Black, Matte Blue, and Matte Gold colour options. Now, the company has unveiled a new Foggy Gold colour variant of the Redmi 7A. The device has initially been launched in China and as of now, there is no word on if and when it will be launched in India. We will update you as soon as the company makes an official announcement about the same.

To recall, the device was launched in China in May this year. In India, it went on its first sale this month itself. The smartphone runs Android 9.0 Pie skinned with MIUI 10 and it sports a 5.45-inch HD+ (720×1440 pixels) display. The screen of the handset has an aspect ratio of 18:9. Powered by an octa-core Qualcomm Snapdragon 439 SoC, the Redmi 7A comes with up to 3GB RAM in China and up to 2GB RAM in India. Redmi 7A is available in 16GB and 32GB internal storage variants and both of these can hold a microSD card of up to 256GB.

On the camera front, the smartphone comes with a 12MP Sony IMX486 sensor on its back panel coupled with an LED flash and PDAF lens. For selfies and video calls, there is a 5MP front-facing snapper. The selfie camera of the device also comes with an AI Face Unlock feature. In addition to this, Redmi will be getting an AI Scene Detection feature to the handset via an over-the-air (OTA) update.

Redmi 7A houses a 4,000mAh battery and it comes with 4G VoLTE, Wi-Fi, Bluetooth v4.0, GPS, FM radio, Micro-USB, and a 3.5mm headphone jack for connectivity. The battery of the device has support for 10W charging. The handset has a P2i splash-resistant coating on top.

What do you think of the new colour variant of Redmi 7A? Let us know in the comments below!