Redmi 9 Power to be available in 6GB RAM with 128GB storage options soon, teased via Amazon 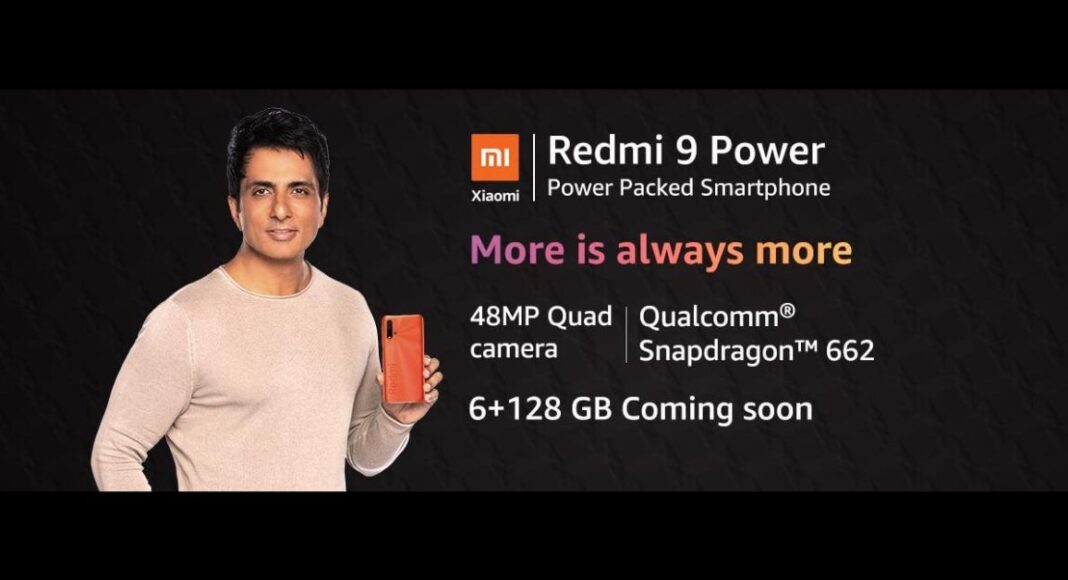 Redmi 9 Power was launched in India later last year. Then the device was introduced in two different configurations. Today the Chinese company has announced that the phone will be available in a new RAM and storage variant. However, the price of the new configuration of the phone is confirmed but the device availability of the new variant is now being teased via Amazon. While the rest of the specs remain the same as the original one.

Redmi 9 Power 6GB RAM with 128GB variant has been listed on Amazon and said to be available in India soon. The price and the launch date of the 6GB variant is yet to be revealed but according to tipster Ishan Agarwal, the device is likely to be priced at Rs 12,999.

At the moment the phone is available in two variants of 4GB RAM with 64GB storage and 4GB RAM with 128GB storage model. The 64GB version is priced at Rs 10,999 while the 128GB model comes at Rs 11,999. Redmi 9 Power will be available in Mighty Black, Blazing Blue, Fiery Red and Electric Green colour options.

As we said earlier the specs and the features of the Redmi 9 Power will remain the same and it will be featuring a 6.53-inch full-HD+ Dot Drop display with 1,080×2,340 pixels of resolution with TÜV Rheinland Low Blue Light certification. The display offers 400 nits of peak brightness and a 19.5:9 aspect ratio. It runs MIUI 12 on top of Android 10 and is powered by octa-core Qualcomm Snapdragon 662 SoC coupled with Adreno 610 GPU.

The device is backed by a 6,000mAh battery with 18W fast charging support. It is claimed to deliver 2 days of battery life, up to 695 hours of standby on 4G on a single charge.  For connectivity, there is 4G VoLTE, dual-band Wi-Fi, Bluetooth v5.0, GPS/ A-GPS, Infrared (IR) blaster, USB Type-C, and a 3.5mm audio jack.

Komila Singhhttp://www.gadgetbridge.com
Komila is one of the most spirited tech writers at Gadget Bridge. Always up for a new challenge, she is an expert at dissecting technology and getting to its core. She loves to tinker with new mobile phones, tablets and headphones.
Facebook
Twitter
WhatsApp
Linkedin
ReddIt
Email
Previous articleFebruary 22 Flipkart Daily Trivia Quiz Answers: Answer to win exciting prizes
Next articleHere is what you may have to face when you choose not to accept WhatsApp Privacy Policy