All the smartphones have been launched under the budget segment

The Chinese smartphone maker, Xiaomi, has globally launched three new devices in the market – Redmi 9, Redmi 9A and Redmi 9C under the budget segment. In addition to this, the company has also introduced Mi TV Stick and a new pair of wireless earbuds. Read on to know more about its pricing and tech specifications.

Redmi 9 features a 6.53-inch full-HD+ water drop-style notch display with 1,080×2,340 pixels of resolution and 9.5:9 aspect ratio, 394ppi pixel density, 400nits of brightness and is protected with a layer of Corning Gorilla Glass 3. The device is powered by a 2GHz MediaTek Helio G80 octa-core chipset with 4GB of RAM and 64GB of internal storage. 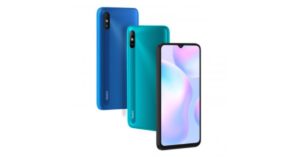 Redmi 9A runs on MIUI 11 based on Android 10 and it comes with a 6.53-inch HD+ LCD Dot Drop display with a 20:9 aspect ratio and 720×1,600 pixels of resolution. The device is powered by an octa-core MediaTek Helio G25 SoC with up to 2GB RAM and 32GB of internal storage that can be expanded up to 512GB using a microSD card.

In terms of connectivity, there is a 3.5mm audio jack, 4G LTE, Wi-Fi, and Micro USB port. The device comes equipped with a 5,000mAh battery with 10W fast charging support.

For connectivity, there is 3.5mm audio jack, 4G LTE, Wi-Fi, and Micro USB port. The device boasts a 5,000mAh battery with support for 10W fast charging.

Komila Singhhttp://www.gadgetbridge.com
Komila is one of the most spirited tech writers at Gadget Bridge. Always up for a new challenge, she is an expert at dissecting technology and getting to its core. She loves to tinker with new mobile phones, tablets and headphones.
Facebook
Twitter
WhatsApp
Linkedin
ReddIt
Email
Previous article
Sony launched its new wireless speakers SRS-XB43, SRS-XB33 and SRS-XB23 in India starting at Rs 8,990
Next article
Samsung Galaxy M01s smartphone launched in India for Rs 9,999