The smartphone comes with a clean Android 12 experience. 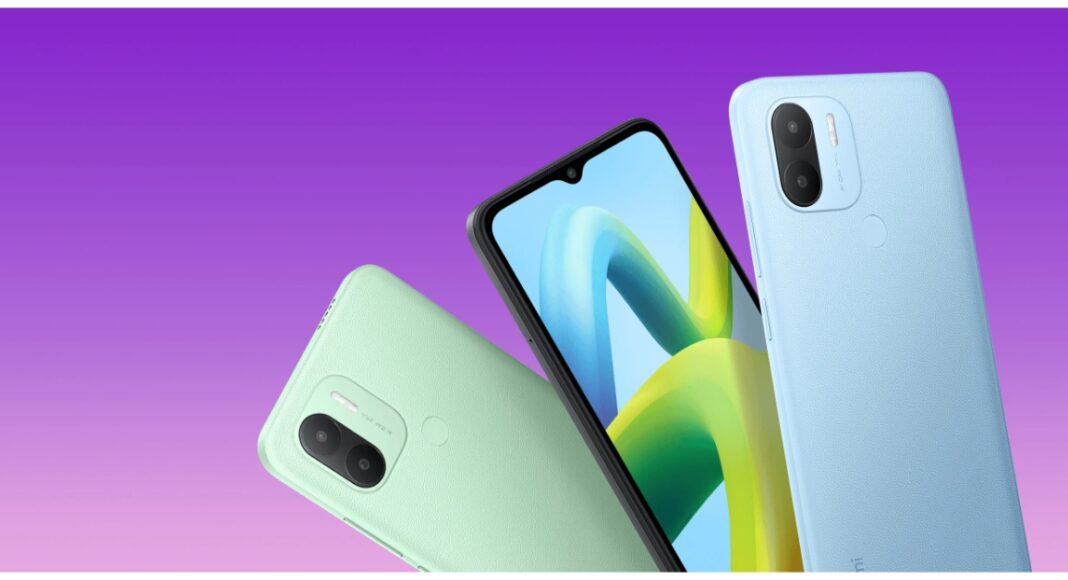 Redmi today announced the launch of its most recent budget-friendly model Redmi A1+ in India today. The device is powered by MediaTek Helio A22 SoC. It comes with a 5,000mAh battery and runs on Android 12 out of the box. The phone features a dual rear camera set-up and an HD+ display.

Two variants of Redmi A1+ have been launched in India. The price of the 2Gb RAM with 32GB storage variant is set at Rs 6,999. Whereas the 3GB RAM with 32GB storage option will be available with a price tag of Rs 7,999. The phone will come in three colour options of Black, Light Blue, and Light Green. 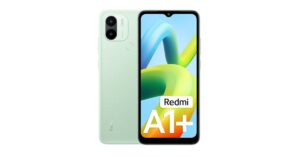 Starting on October 17 at 12 noon, Flipkart, Mi.com, Mi Home shops, and Xiaomi’s retail partners will all offer the device for sale throughout the nation.

Redmi A1+ is highlighted with a 6.52-inch HD+ display having 1,600×700 pixels of resolution. The display has a 20:9 aspect ratio and 70 percent coverage of the NTSC colour gamut. Additionally, the screen supports a 120Hz touch sampling rate and 400 nits of peak brightness. The budget smartphone is shipped with Android 12 out of the box. Under the hood, there is an octa-core MediaTek Helio A22 SoC and IMG PowerVR GPU. It has up to 3GB of LPDDR4X RAM and 32GB of internal storage which can be expanded up to 512GB using a microSD card.

Redmi A1+ has a dual rear camera system with AI support that captures images and videos with an 8-megapixel primary sensor. The phone has a front-facing 5-megapixel selfie camera sensor for selfies and video calls.

A 5,000mAh battery that supports 10W charging powers the Redmi A1+. Redmi claims that the battery has a standby period of up to 30 days and a video playback time of up to 30 hours.

Komila Singhhttp://www.gadgetbridge.com
Komila is one of the most spirited tech writers at Gadget Bridge. Always up for a new challenge, she is an expert at dissecting technology and getting to its core. She loves to tinker with new mobile phones, tablets and headphones.
Facebook
Twitter
WhatsApp
Linkedin
ReddIt
Email
Previous article
Instagram starts trying out new age-verification methods in India
Next article
Asus Zenbook 17 Fold OLED is now up for pre-booking in India