The smartphone could be powered by a MediaTek chipset. 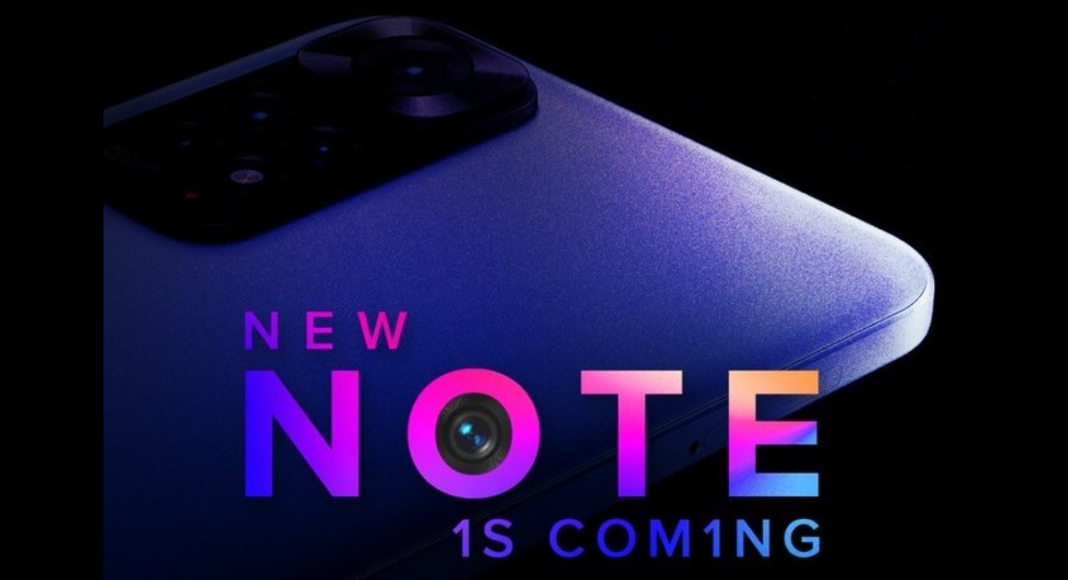 Xiaomi is all set to bring another new smartphone under its sub-brand Redmi. The company today teased its upcoming Redmi Note 11S via Twitter. The company has not revealed the launch timeline but it says that the device would be released in India shortly. The phone was also discovered on a number of certification websites lately. Also, the company has started sending media invites hinting at its upcoming launch event.

Redmi did not announce the name of the forthcoming smartphone outright, instead dropped hints by using 1S instead of ‘is’ and another 1 is used in coming which is written as COM1NG. Not much information has been revealed by the company but the camera sensor shown on the image teaser shared by the company is likely to be a quad-camera system. The phone dons a lilac or purple colour with rounded edges.

Hope you're making a 𝑵𝑶𝑻𝑬 of this.

Xiaomi is yet to reveal any specifics about the smartphone but depending on the country, the Redmi Note 11S is expected to be powered by a MediaTek SoC with a 108-megapixel Samsung HM2 camera or a 64-megapixel OmniVision OV6480 as the primary camera. The upcoming handset will also include an 8-megapixel Sony IMX355 ultra-wide camera and a 2-megapixel OV02A macro camera.

Rumour claims that the device will be available in Q1 2022, which coincides with the introduction of this year’s Redmi Note 10 series in March 2021.

Both the phones have a 6.67-inch full-HD+ Super AMOLED display with 1,080×2,400 pixels of resolution. The smartphones are powered by a MediaTek Dimensity 920 SoC. In addition to this, they feature a triple rear camera arrangement with a 108-megapixel primary Samsung HM2 sensor with an f/1.89 aperture, an 8-megapixel ultra-wide lens, and a 2-megapixel macro sensor. They also have a 16-megapixel selfie camera sensor with an f/2.45 aperture on the front.

Komila Singhhttp://www.gadgetbridge.com
Komila is one of the most spirited tech writers at Gadget Bridge. Always up for a new challenge, she is an expert at dissecting technology and getting to its core. She loves to tinker with new mobile phones, tablets and headphones.
Facebook
Twitter
WhatsApp
Linkedin
ReddIt
Email
Previous articleSamsung Galaxy Tab A8 officially launched in India
Next articleSony WF-1000XM4 TWS earbuds with 32-hours battery life and ANC launched in India