Redmi Note 9 set to launch in India on July 20 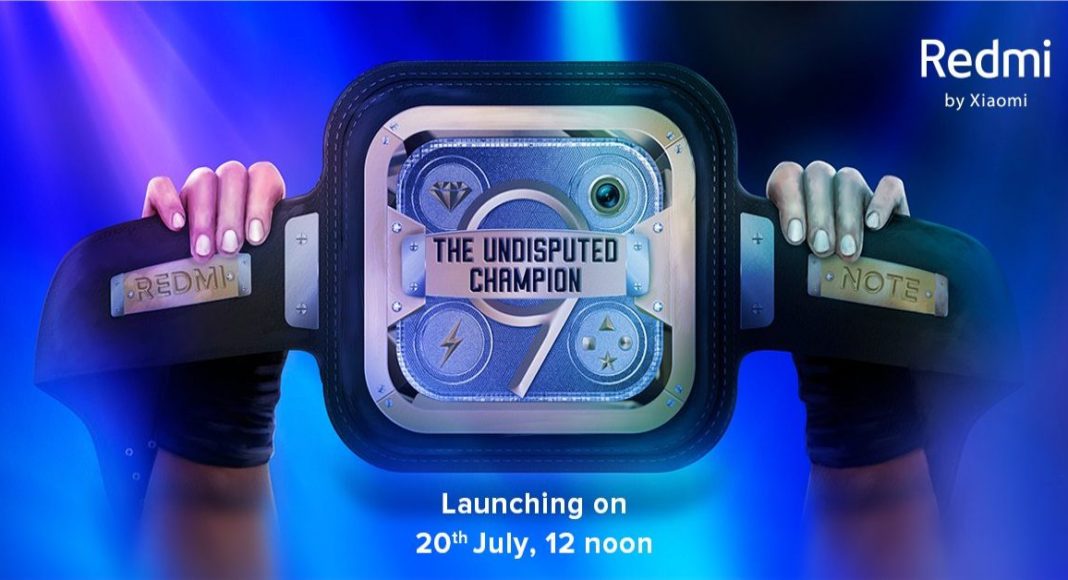 The Chinese smartphone company Xiaomi has been teasing its upcoming smartphone in India. After releasing Redmi Note 9 Pro Max and Redmi Note 9 Pro in India in March the company is now all set to bring Redmi Note 9 in the country on July 20. The handset has already been launched in the European market and will be joining its siblings here. The device comes with a hole punch design display, quad-cameras at the back and a 5,020mAh battery with 22.5W fast charging support. Read on to know more about Redmi Note 9 price and other launch details.

Xiaomi sub-brand Redmi took to Twitter to announce the arrival of Redmi Note 9 in India. The vanilla variant of the Redmi Note 9 series is going to launch in the country on July 20 at 12 noon. Although its a teaser, the company has not announced whether a launch event will be held or not. We expect that this time Xiaomi might keep it simple with no launch event due to the anti-China sentiments in the country. We will notify you if the company decides to go with an online launch and other details.

The pricing of the Redmi Note 9 is also not clear but when launched in China in April this year two variants of the smartphones were introduced. The 3GB RAM with 64GB storage option comes at $199 that translates to Rs 15,100 whereas the 4GB RAM with 128GB storage has been priced at $249 that translates to Rs 18,900. It comes in three colour options Forest Green, Polar White and Midnight Grey.

Redmi Note 9 is powered by a 12nm MediaTek Helio G85 chipset paired with up to 4GB of RAM and 128GB of storage. The internal memory can be expanded up to 128GB using a microSD card. The smartphone runs on MIUI custom skin on top of Android 10 OS.

Komila Singhhttp://www.gadgetbridge.com
Komila is one of the most spirited tech writers at Gadget Bridge. Always up for a new challenge, she is an expert at dissecting technology and getting to its core. She loves to tinker with new mobile phones, tablets and headphones.
Facebook
Twitter
WhatsApp
Linkedin
ReddIt
Email
Previous article
Vivo TWS Neo with 14.2mm dynamic drivers to soon launch in India
Next article
OnePlus collaborates with DocuBay to introduce premium documentary films on OnePlus TVs