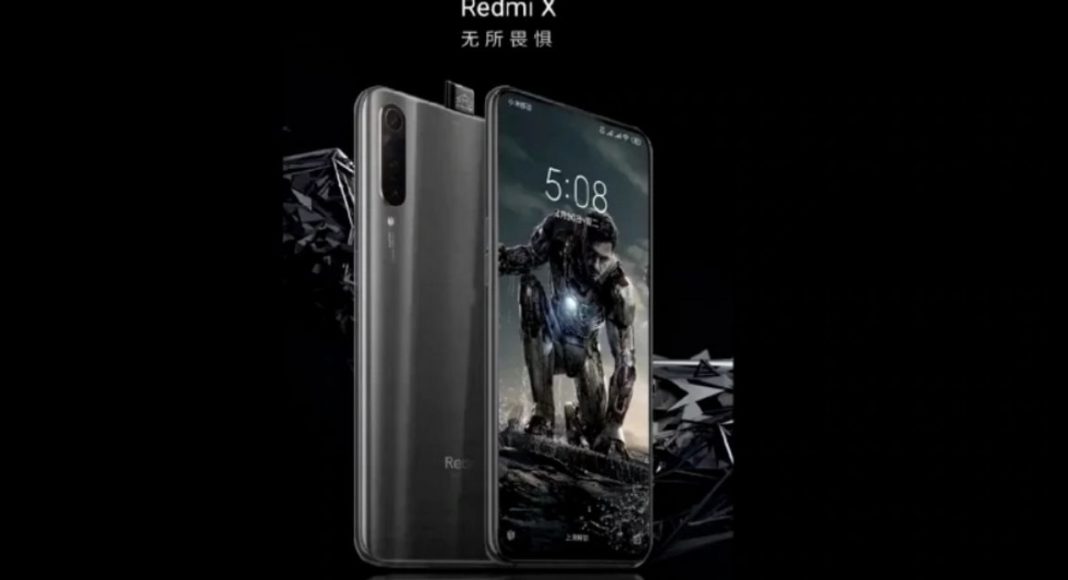 Chinese smartphone brand Xiaomi has finally confirmed the launch date of its much-talked-about upcoming flagship device – Redmi X. The smartphone will be launched this month itself, on the same day as OnePlus 7 Pro and OnePlus. A number of reports about the Redmi X have surfaced online. The upcoming smartphone is speculated to be powered by the Snapdragon 855 SoC and come with a pop-up selfie camera.

According to a leak on Weibo, the Redmi X is set to launch on May 14 in China while it will be made available for other countries in the coming days. Currently, there is no news about its launch for the Indian markets but according to rumours, the Redmi X will be renamed in India as the Poco F2.

And since Xiaomi is claiming that the Redmi X will be the cheapest smartphone powered by the Snapdragon 855 SoC, the reports do seem credible. To recall, in 2018, the Poco F1 held the title of the cheapest smartphone to be powered by the Snapdragon 845 SoC. So, it only makes sense for Xiaomi to rebrand Redmi X as Poco F2 in India so that it is clear that the handset focusses on power. But this information is not confirmed by Xiaomi, so it should be taken with a pinch of salt.

About the Redmi X, the General Manager of Redmi, Lu Weibing confirmed many details about the flagship smartphone of Redmi – Redmi X. Weibing has already confirmed that the device will be powered by the Snapdragon 855 SoC, and it may pack a triple-rear camera setup along with a pop-up selfie camera.

Also, a recently leaked image of the Redmi X shows that the device won’t have a rear mounted fingerprint scanner which could only mean that it will pack an in-display fingerprint scanner. Some reports also suggest that the device will come with a 3.5mm headphone jack. Other details about the upcoming Redmi X will be made available on the day of its official launch on May 14.

It is also worth mentioning that even before the launch of the smartphone, the rivalry between Redmi and Realme has intensified. Just day a after Realme announced its smartphone with a pop-up selfie camera, Xiaomi teased its Redmi X smartphone, which also comes with the same feature. Furthermore, both the devices will be powered by Qualcomm’s Snapdragon 855 SoC. So, it seems like the two handsets have started competing with each other even before their launch.

Aman Singhhttps://www.gadgetbridge.com/
Aman Kumar Singh has a Masters in Journalism and Mass Communication. He is a journalist, a photographer, a writer, a gamer, a movie addict and has a love for reading (everything). It’s his love of reading that has brought him knowledge in various fields including technology and gadgets. Talking about which, he loves to tweak and play with gadgets, new and old. And when he finds time, if he finds time, he can be seen playing video games or taking a new gadget for a test run.
Facebook
Twitter
WhatsApp
Linkedin
ReddIt
Email
Previous articleAmazon Summer Sale 2019: Discounts on iPhone X, Samsung S10, OnePlus 6T and more
Next articleInstagram announces Instagrammers of the Year 2019 awards: Here’s a look at the winners