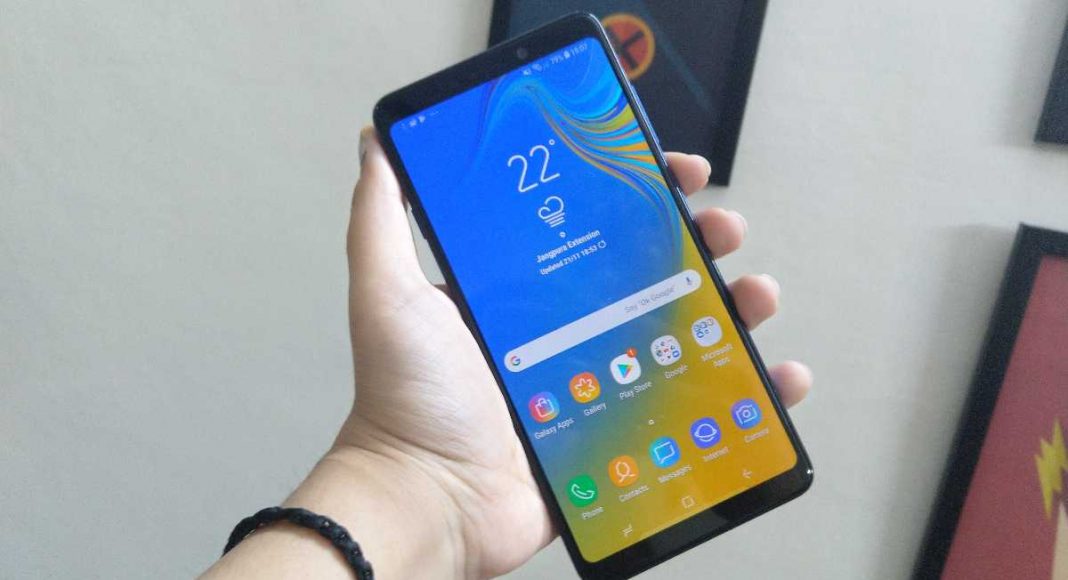 The next lineup of Samsung Galaxy series, the Galaxy A10, Galaxy A20, Galaxy A30 and Galaxy A50 smartphones have been churning in the rumour mill for some time now. And according to a report the A10, A20, A30 and A50 might launch in the coming months in India. Out of all the phones of the A series rumoured to be launched, the Galaxy A50 is expected to debut separately globally first around or before June of 2019. Then after that it might launch in India.

With the successful launch of the M series in Indian markets and the Galaxy S10 launch event is also scheduled in the Samsung Unpacked this February. It seems like Samsung will be making headlines for some time. Yesterday on 5th February when Samsung released their mid-ranged M-series phones, the Galaxy M10 and Galaxy M20, which were targeted towards the younger audience. It was an online only sale, a first move for the South Korean tech giant, and the phones went out of stock minutes after their launch.

Later this month, on 20th February, the company will be unveiling their flagships internationally, the Galaxy S10, Galaxy S10+ and the Galaxy S10 Lite. Alongside the release of S10, Samsung may also announce the conceptual foldable phone, the Galaxy Flex which was teased in a video last week. The Galaxy S10 series might come to the Indian market later in 2019.

It is estimated that the A series will be a mid-ranged budget friendly smartphone and will give fierce competition to the Chinese phone companies who currently hold dominance over this market. The Galaxy A10 is expected to have a starting price tag of Rs 8,490. The A series phones will come with Super AMOLED display, which was absent in the M series as they had LCD displays. The three phones of the A series, the A10, A20 and the A30 might share some similarities with the M10 and the M20. But they might come with lesser batteries than the M series phones, which has 3,400mAh and 5,000mAh batteries respectively.

According to Geekbench listing the A50 will run on Exynos 9610 SoC with 6GB RAM and will come with Android 9.0 Pie out of the box. It might also come with 64GB storage and 128GB storage options with colour choices of black, white, blue and red, The A50 might have triple camera setup with in-display fingerprint scanner, the selfie camera and the main camera might come with a 24MP sensor. It is also possible that the A50 could house a 4,000mAh battery.

With all the phones Samsung is launching this year the users will get a wide range of smartphones to choose from according to their needs. And also, the smartphone market will heat up this year with many phone companies coming with their own recipe and excellent tech in their smartphones.

Aman Singhhttps://www.gadgetbridge.com/
Aman Kumar Singh has a Masters in Journalism and Mass Communication. He is a journalist, a photographer, a writer, a gamer, a movie addict and has a love for reading (everything). It’s his love of reading that has brought him knowledge in various fields including technology and gadgets. Talking about which, he loves to tweak and play with gadgets, new and old. And when he finds time, if he finds time, he can be seen playing video games or taking a new gadget for a test run.
Facebook
Twitter
WhatsApp
Linkedin
ReddIt
Email
Previous article
Soon you will be able to delete sent messages in Facebook Messenger
Next article
Picooc Mini digital weighing scale launched in India