Both the smartphones feature a 90Hz refresh rate display 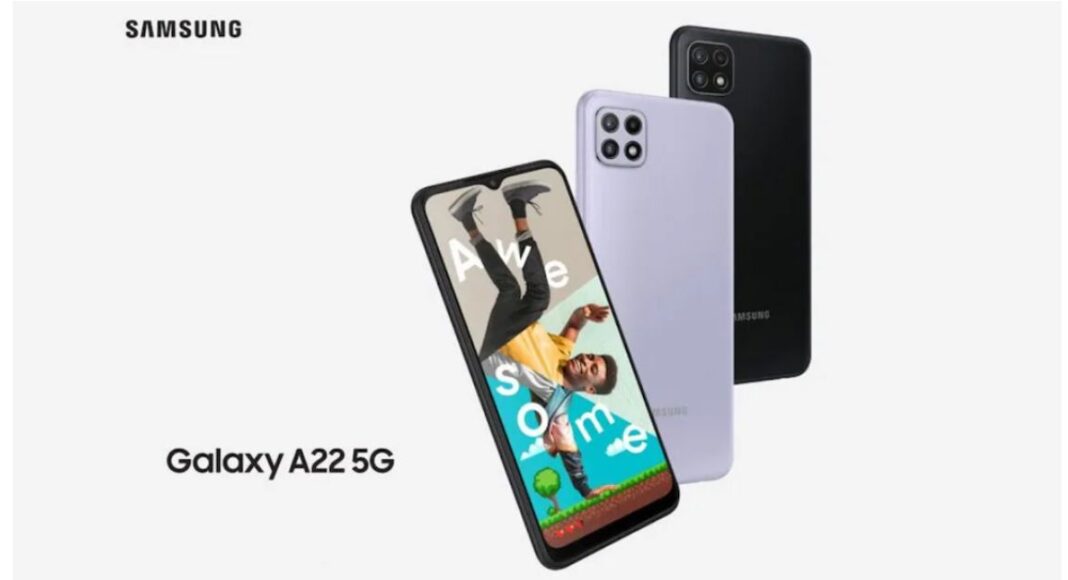 The South Korean smartphone company, Samsung, has today officially unveiled its much-awaited smartphone in the market. The company has introduced Samsung Galaxy A22 5G as its most affordable 5G smartphone. The company has also introduced the 4G variant in the European market first. Besides connectivity both the smartphones differ in some specs as well. Read on to know more about the specifications and pricing.

In terms of availability, the phone will be available for purchase in the European market from the following month, that is July.

Samsung Galaxy A22 5G will come with a 6.6-inch full-HD+ display offering 90Hz refresh rate support. The phone is powered by an unspecified processor which is expected to be octa-core MediaTek Dimensity 700 SoC paired with up to 8GB of RAM with 128GB of expandable storage(up to 1TB).

For the photos and videos, there is a triple rear camera setup that includes a 48-megapixel primary sensor. Furthermore, there is a 5-megapixel ultra-wide-angle lens and a 2-megapixel depth sensor. Upfront there is an 8-megapixel camera lens housed inside a notch for taking selfies.

There is a 5,000mAh battery on board with 15W fast charging support. In terms of connectivity, there is 5G, Wi-Fi, Bluetooth, GPS among others. Additionally, the sensor on the phone includes an accelerometer, ambient light, proximity sensors and more.

Coming to the specifications of the Samsung Galaxy A22 4G, there is a smaller  6.4-inch HD+ Super AMOLED display with a 90Hz refresh rate support. The company has not named the processor but it is believed to be MediaTek Helio G80 SoC with up to 6GB of RAM and 128GB of storage. 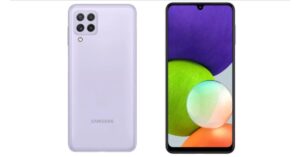 For the optics, there is a quad-rear camera setup that includes a 48-megapixel primary sensor with OIS. In addition to this, there is an 8-megapixel ultra-wide-angle lens, a 2-megapixel depth sensor and a 2-megapixel macro camera. For taking selfies the smartphone sports a 13-megapixel selfie camera.

The Samsung Galaxy A22 4G also houses a 5,000mAh battery with support for 15W fast charging. For connectivity, there is LTE, Wi-Fi, Bluetooth, GPS, and more.

Komila Singhhttp://www.gadgetbridge.com
Komila is one of the most spirited tech writers at Gadget Bridge. Always up for a new challenge, she is an expert at dissecting technology and getting to its core. She loves to tinker with new mobile phones, tablets and headphones.
Facebook
Twitter
WhatsApp
Linkedin
ReddIt
Email
Previous article
Garmin Forerunner 945 LTE and Garmin Forerunner 55 with in-built GPS launched
Next article
Google Pixel Buds A-Series launched at $99