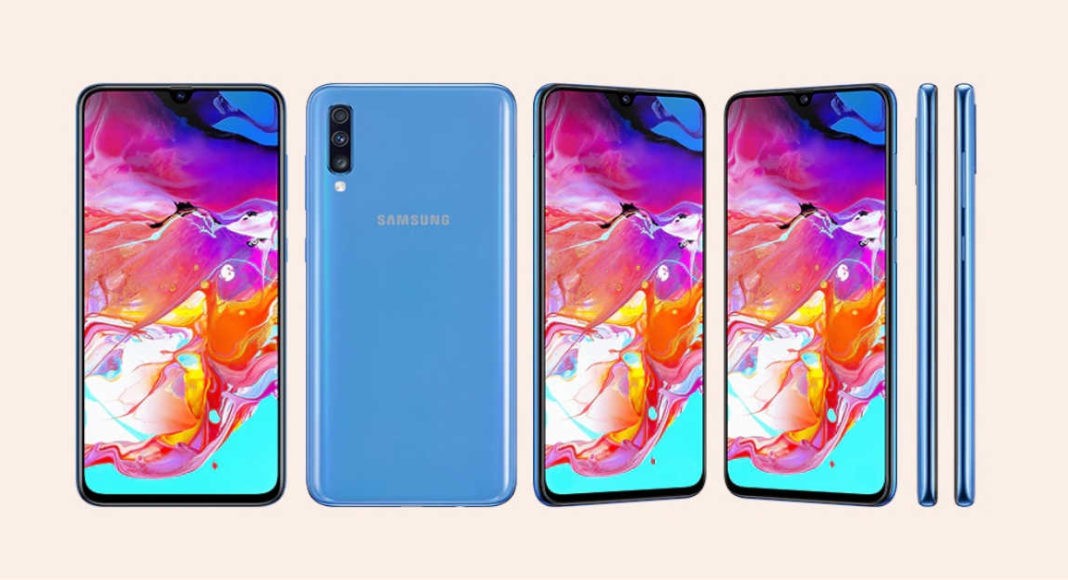 Other key highlights of the smartphone include an octa-core Qualcomm Snapdragon 675 processor, an in-display fingerprint scanner and a massive 4,500mAh battery that has support for 25W Super-Fast Charging. Here’s a look at the pricing details and specifications of the Samsung Galaxy A70 smartphone:

Samsung Galaxy A70 price in India

Samsung Galaxy A70 is available in 6GB RAM/128GB internal storage model that costs Rs 28,990. The handset is available in Black, Blue and White colour variants. The pre-booking of the smartphone will begin on April 20 and will go on till April 30 and the newest device by Samsung will go on sale starting May 1.

Those who pre-order the Samsung Galaxy A70 smartphone will be able to buy the company’s U Flex Bluetooth headset at Rs 999 instead of Rs 3,799. The handset will be available to buy from Flipkart, all retail stores, Samsung’s online shop, and Samsung Opera House.

Samsung Galaxy A70 runs Android 9.0 Pie skinned with One UI and sports a 6.7-inch full-HD+ Super AMOLED Infinity-U Display that has an aspect ratio of 20:9. Powered by an octa-core Qualcomm Snapdragon 675 processor, Galaxy A70 comes with 6GB of RAM and has 128GB of internal storage. The device can also hold a microSD card of up to 512GB.

The new handset by Samsung houses a 4,500mAh battery that has support for 25W Super-Fast Charging technology. The smartphone also comes with an in-display fingerprint scanner.

Avani Baggahttp://www.gadgetbridge.com
Avani has an immense love for reading, travelling and food, but not necessarily in the same order. Avani almost started pursuing law, but life had other (better) plans for her and she chose to be a writer instead (luckily!) She previously covered technology at Times Internet and wrote about smartphones, mobile apps and tech startups. When she’s not writing, you’ll be able to find her in book stores or catching up on her social life.
Facebook
Twitter
WhatsApp
Linkedin
ReddIt
Email
Previous article
Honor 20 to make its debut on May 21, Honor 20 Lite specs, price and pictures leaked
Next article
PUBG Mobile 0.12 update with Darkest Night and Spectator mode begins rolling out: Get all the details here