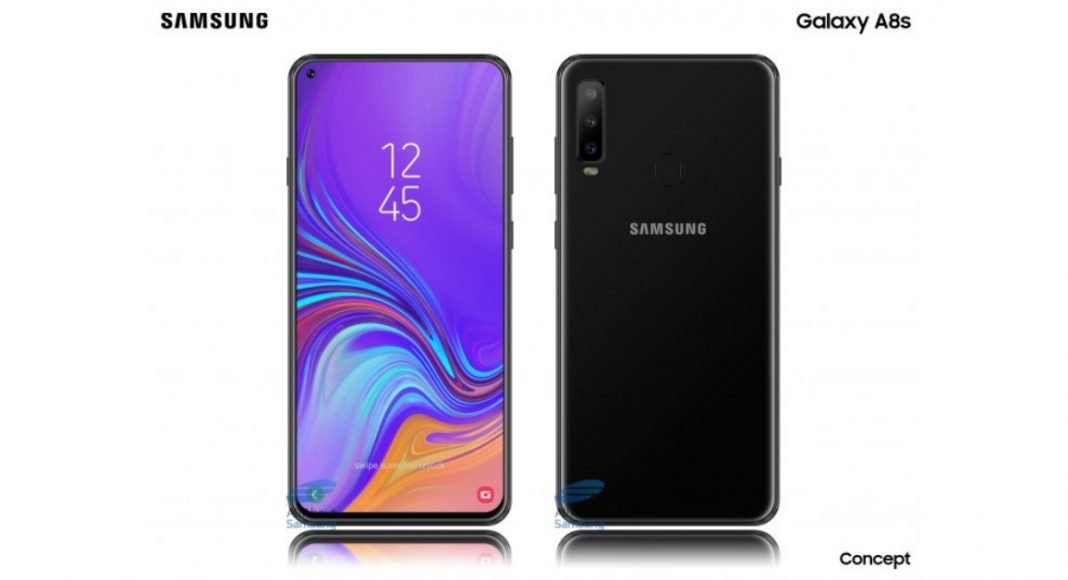 A lot of noise has been created about the upcoming Samsung S10 smartphones and the foldable phone the company recently showcased. But that’s not all that the company has in store for 2019. Apart from that, a lot has been spoken about the new displays that Samsung is working on including Infinity-O, Infinity-U and Infinity-V.

In fact, among the three, it is Infinity-O that has garnered a lot of attention because it will house the selfie camera of the smartphone in the ‘punch-hole’ style cut-out on the display. We just got our hands on the renders of Samsung Galaxy A8s smartphone, which the company will reportedly launch in January next year.

The renders first appeared on AllAboutSamsung and they show the alleged Galaxy A8s with a ‘punch hole’ display. It is worth noticing that Samsung calls this kind of display as Infinity-O. It comes without any notch and instead has a circular cut-out at the top where the selfie camera of the smartphone is placed. 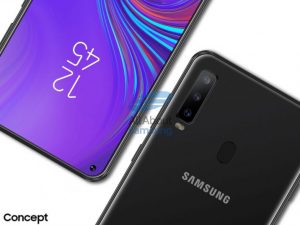 In the render that has been provided by AllAboutSamsung, the cut-out and the selfie camera are present on the top left corner, much like what Samsung said it will be like when it announced its Galaxy A6s smartphone. However, it is worth noticing that while notches can be hidden with software, if you don’t like the cut-out, there isn’t anything that you can do to hide it.

It will always be present to the user, so it may be an irritation to some while they are watching videos on the upcoming mobile phone. But then, the hole is too tiny so there may be others who wouldn’t notice.

On the upside, because the selfie camera is housed on the display in a cut-out, there is no need for a broad bezel on the top. The render shows a very thin strip of bezel at the bottom. This means that the device offers more screen space and we can expect it to have a more immersive viewing experience.

Other than this, the renders also show the back panel of the device which house the triple camera setup and also has a fingerprint sensor. The edges of the smartphone in the render have the power, volume rocker and Bixby buttons.

Apart from this, other details that are known about the Samsung Galaxy A8s include a Snapdragon 710 processor and 6GB of RAM. The smartphone is expected to come with Android 9 Pie and we are hoping to see Samsung’s new One UI on top.

It is also worth noticing that Galaxy S10 would not be the first smartphone by Samsung to come with an Infinity-O display, as Galaxy A8s will be launched before the S10 line-up.

Avani Baggahttp://www.gadgetbridge.com
Avani has an immense love for reading, travelling and food, but not necessarily in the same order. Avani almost started pursuing law, but life had other (better) plans for her and she chose to be a writer instead (luckily!) She previously covered technology at Times Internet and wrote about smartphones, mobile apps and tech startups. When she’s not writing, you’ll be able to find her in book stores or catching up on her social life.
Facebook
Twitter
WhatsApp
Linkedin
ReddIt
Email
Previous article
WhatsApp appoints Abhijit Bose as its first India head
Next article
Here’s how you can win a free trip to the UK on OnePlus’ fifth anniversary