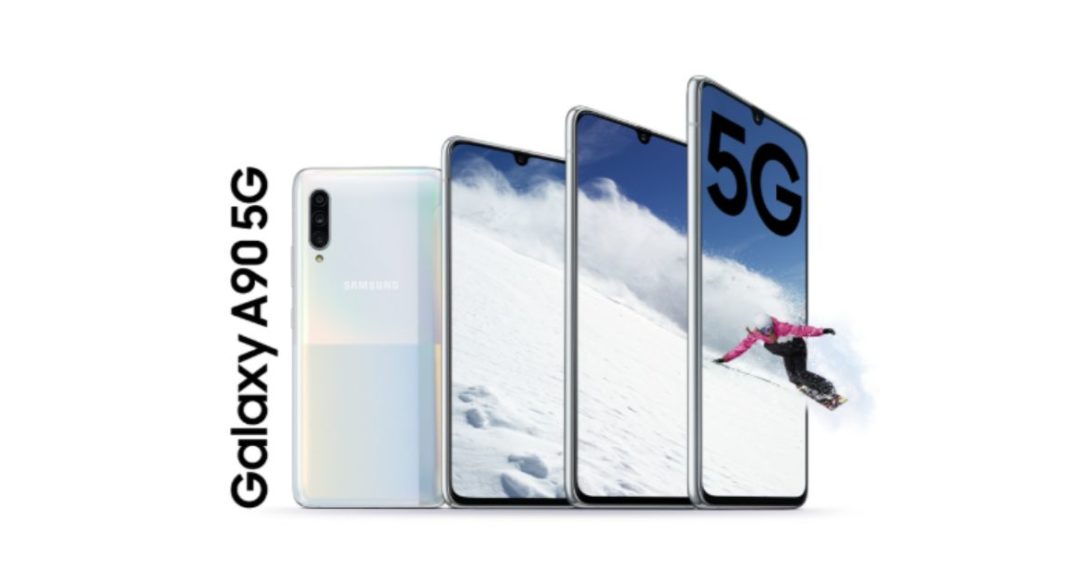 Earlier this year the South Korean Company, Samsung, promised to launch a new Galaxy A-series smartphone every month. The company has kept its promise and it launched various phones under A-series line up. Now again the company launched Samsung Galaxy A90 5G. Today the smartphone maker officially introduced its latest 5G phone in South Korea. Being the first 5G phone, Galaxy A90 5G is also the first to come with the DEX support in Galaxy A-series. With the use of this feature, the operator can connect their phone to a TV or PC for a big-screen experience.

After launching two 5G phones Samsung Galaxy S10 and Samsung Galaxy Note 10, Galaxy A90 5G will be its third 5G phone that has been launched in South Korea. The company confirmed that in the few weeks the handset will arrive in other markets also. India is also on the cards.

Now coming on to the specifications, Samsung Galaxy A90 5G comes with a 6.7-inch full-HD+ (1080×2400 pixels) Super AMOLED display along with a waterdrop-style notch on the top as well as an in-display fingerprint sensor. The 5G phone runs Android 9 Pie with One UI on top. Galaxy A90 5G is powered by Qualcomm’s Snapdragon 855 SoC. The handset comes in 6GB or 8GB RAM. To give it life the mobile phone comes with a battery capacity of 4000mAh along with a 25W fast charging support.

In terms of camera capabilities, Samsung Galaxy A90 5G features a triple rear camera setup that consists of a 48-megapixel f/2.0 primary camera sensor, assisted by an 8-megapixel ultra-wide-angle secondary camera with f/2.2 aperture and a 5-megapixel depth sensor. On the front, it sports a 32-megapixel selfie shooter with f/2.0 aperture for taking selfies and video calling.

In addition to this Galaxy A90 5G is offered in a single 128GB of inbuilt storage option that can be further expanded up to 512GB via microSD card. However, the microSD card slot is only available in a 6GB RAM variant. The phone measures 164.8×76.4×8.4mm and weigh 206 grams.

Komila Singhhttp://www.gadgetbridge.com
Komila is one of the most spirited tech writers at Gadget Bridge. Always up for a new challenge, she is an expert at dissecting technology and getting to its core. She loves to tinker with new mobile phones, tablets and headphones.
Facebook
Twitter
WhatsApp
Linkedin
ReddIt
Email
Previous article
Apple Watch might come up with a sleep tracking feature: Can be introduced next week
Next article
Realme 5 Pro to go on sale starting today 12 noon