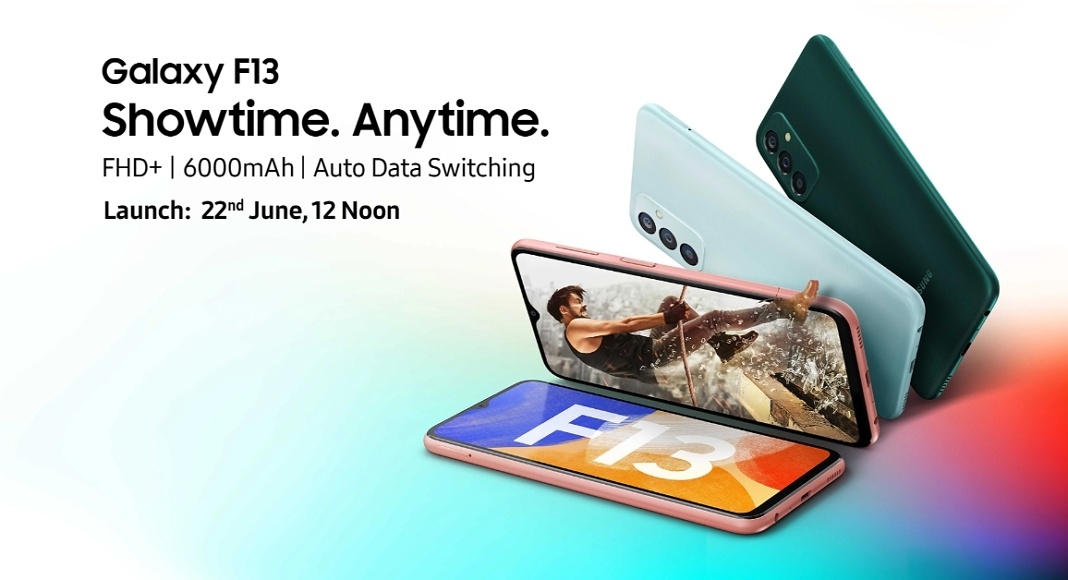 Today, Samsung confirmed that the Galaxy F13 will be released in India on June 22. According to the company, the upcoming Galaxy F-Series smartphone will go on sale exclusively via Flipkart. A dedicated homepage has also been created to tease the key specifications of the upcoming handset. Samsung India’s official website also has a product page for the phone up and running. Continue reading to know the launch details.

According to Samsung, the new Galaxy F13 will be released in India on June 22 at 12 noon IST. The Samsung Galaxy F13 has been listed on Flipkart as well as on the Samsung India website to tease the availability as well as its specifications. The phone’s price, on the other hand, is yet unknown.

While announcing the forthcoming phone the company said, “Samsung’s popular Galaxy F series offers unprecedented style and experience to the aspirational Gen Z and millennial consumers while delivering segment-best features. After Galaxy F23’s success earlier this year, Galaxy F13 is the second addition to the F series in 2022.”

There appear to be three colour options available for the Samsung Galaxy F13. As the name suggests, the latest Galaxy F-series phone is believed to be an update to the Galaxy F12, which was released in April of last year.

The Samsung Galaxy F13 is shown on the official Samsung page and the Flipkart teaser page, with triple rear cameras. It will be featuring a water drop-style notch on the display having a full-HD+ LCD. It will have a 6,000mAh battery with a 15W rapid charging capability.

According to the company Samsung Galaxy F13 will feature an Auto data switching which when the Wi-Fi or primary SIM connection is weak, the Samsung phone will automatically switch to the second SIM’s mobile data. With the RAM Plus function, the Galaxy F13 will have up to 8GB of RAM. The RAM Plus feature improves multitasking by supplementing the built-in RAM with memory from the storage. According to the official listing, the phone would be available in three different colours.

The upcoming handset was also spotted listed on Geekbench suggesting that the Galaxy F13 will be equipped with an octa-core Exynos 850 processor. It’s believed to come with 4GB of RAM and run Android 12 out of the box.

Komila Singhhttp://www.gadgetbridge.com
Komila is one of the most spirited tech writers at Gadget Bridge. Always up for a new challenge, she is an expert at dissecting technology and getting to its core. She loves to tinker with new mobile phones, tablets and headphones.
Facebook
Twitter
WhatsApp
Linkedin
ReddIt
Email
Previous article
Garena Free Fire Redeem Codes Today 17 June 2022: Here is how to claim them
Next article
How to block YouTube channels from appearing on your Smart TV?