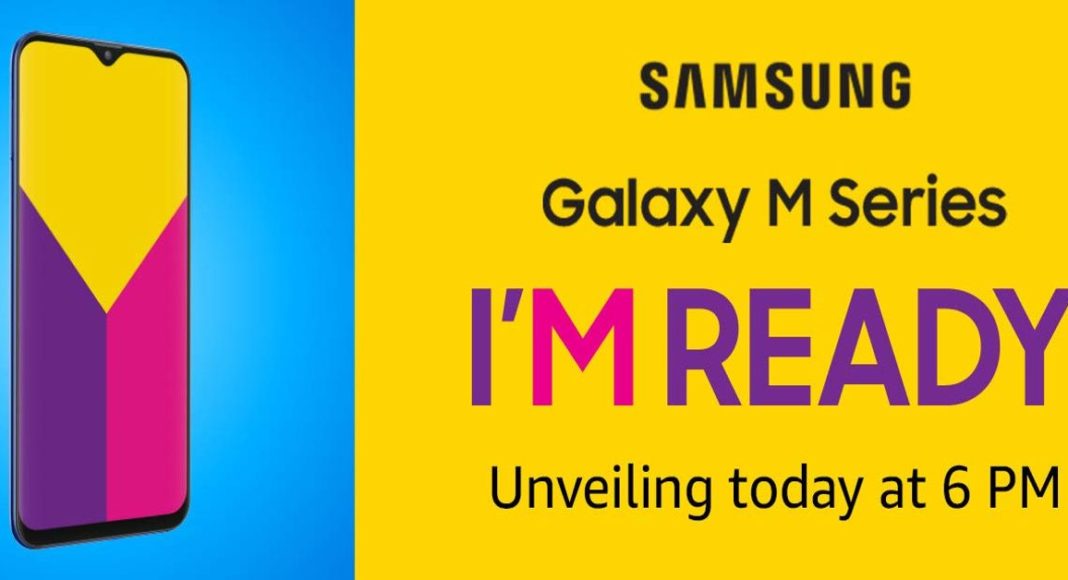 South Korean technology giant Samsung is expected to unveil its Galaxy M Series in India today with the launch of its much-talked-about smartphones – Galaxy M10 and Galaxy M20. With its Galaxy M series, Samsung will be replacing its Galaxy On series, J series and C series. According to Samsung, the ‘India-first’ smartphones are aimed at ‘young millennials’ and will sport Infinity-V displays and house powerful batteries. Here’s a look at the launch details, expected pricing and specifications of the Samsung Galaxy M10 and Galaxy M20 smartphones:

The South Korean technology giant will be unveiling its first Galaxy M series smartphones at 6 pm today. It is expected to launch the Samsung Galaxy M10 and Galaxy M20 smartphones and the company has confirmed that the handsets will be going on sale starting February 5.

It is worth noticing that the company has a ‘notify me’ page on Amazon India’s website for the Galaxy M series. With this, it can be concluded that Samsung Galaxy M10 and Galaxy M20 smartphones will be going on sale on Amazon India as well as the company’s own online store.

You can watch the live steam of Samsung Galaxy M10 and Galaxy M20’s launch on Samsung India’s website at 6 pm.

Coming to the specifications, Samsung Galaxy M10 will reportedly run the Android 8.1 Oreo and feature a 6.2-inch HD+ display. Powered by 14nm octa-core Exynos 7870 processor, Galaxy M10 will be available in the aforementioned RAM/storage options. On the camera front, the device is said to feature a dual rear camera setup with 13MP and 5MP sensors and in terms of battery, it is expected to house a 3,400mAh battery.

Speaking of Samsung Galaxy M20, it is also said to run Android 8.1 Oreo but will come with a bigger 6.3-inch full-HD+ display. The handset is said to be powered by the company’s own Exynos 7885 processor clubbed with the RAM and storage we mentioned earlier. The device will reportedly come with a dual rear camera setup with a 13MP and a 5MP sensor. Furthermore, Samsung Galaxy M20 is said to house a 5,000mAh battery that will come with support for fast charging.

Avani Baggahttp://www.gadgetbridge.com
Avani has an immense love for reading, travelling and food, but not necessarily in the same order. Avani almost started pursuing law, but life had other (better) plans for her and she chose to be a writer instead (luckily!) She previously covered technology at Times Internet and wrote about smartphones, mobile apps and tech startups. When she’s not writing, you’ll be able to find her in book stores or catching up on her social life.
Facebook
Twitter
WhatsApp
Linkedin
ReddIt
Email
Previous article
Google I/O 2019 dates and venue are now official
Next article
HMD Global teases the launch of Nokia 9 PureView, Nokia 6.2 at MWC 2019