The smartphone comes with Android 12 out of the box. 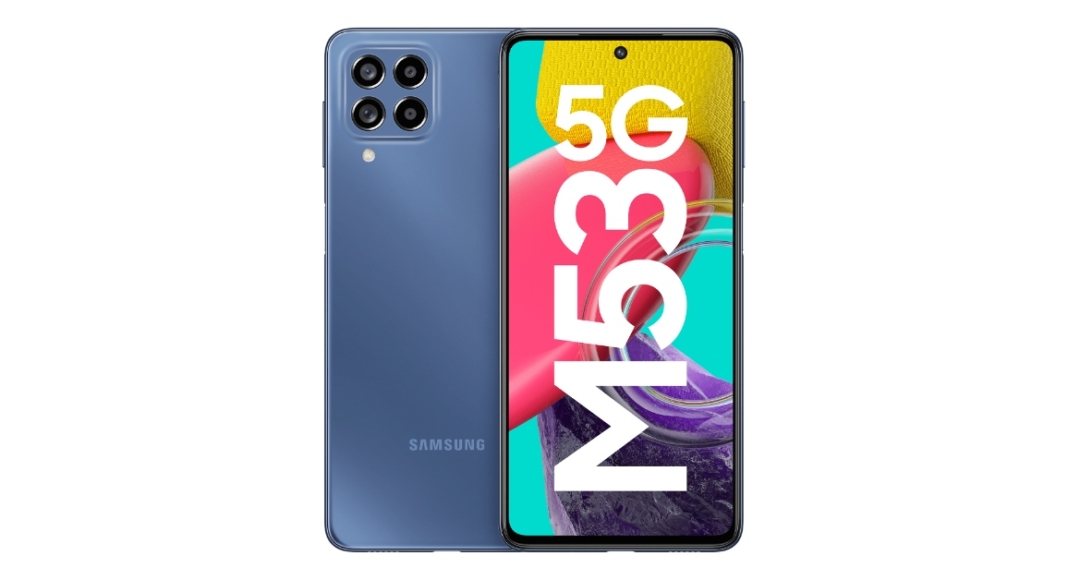 Samsung has officially announced yet another 5G smartphone in the Indian market. The Samsung Galaxy M53 5G has debuted in the country today. The device is the successor to the Galaxy M52 5G which was released last year. It comes preloaded with One UI 4.1, which is based on Android 12. The device features a 120Hz Super AMOLED+ display and is powered by MediaTek Dimensity 900 SoC. Additionally, the handset boasts a 5,000mAh battery with 25W fast charging support.

Samsung Galaxy M53 5G has been launched in India with a price tag of Rs 23,999 for the base 6GB RAM with a 128GB storage model. There is an 8GB RAM with 128GB storage option which will cost Rs 25,999. The device will be available in two colour options of Blue and Green. The smartphone is scheduled to go on sale from April 29 through Amazon from 12 noon onwards. 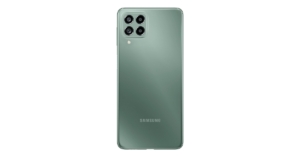 The Samsung Galaxy M53 5G features a 6.7-inch Infinity-O Super AMOLED+ display with a resolution of 1,0802,400 pixels. It has a 120Hz peak refresh rate and is Gorilla Glass 5 protected. The phone comes pre-installed with Android 12 and One UI 4.1. There’s an octa-core MediaTek Dimensity 900 SoC under the hood, along with up to 8GB of RAM and 128GB of internal storage that can be expanded to 1TB. Samsung’s RAM Plus feature, which uses unused storage space as virtual RAM, is also available on the device.

Furthermore, the new phone is equipped with a 5,000mAh battery that supports 25W fast charging. Customers can use the phone’s Auto data switching feature to stay connected to their secondary SIM for calls or data streaming. There will also be all-new cool features like Object Eraser, Video Call Effects, and Photo Remaster. Object Eraser removes unwanted objects from your photos, resulting in perfect photos. You can use Video Call Effects to change the background during video calls. Users can use the Photo Remaster feature to bring old or low-quality photos back to life. 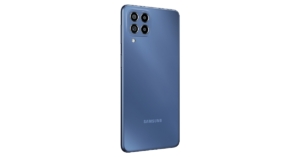 The phone has 5G, 4G LTE, Wi-Fi 802.11ac, Bluetooth 5.2, GPS/ A-GPS, and a USB Type-C port for connectivity. An accelerometer, ambient light sensor, gyroscope, magnetometer, and proximity sensor are among the phone’s sensors. For biometrics, a side-mounted fingerprint sensor is also included.

Komila Singhhttp://www.gadgetbridge.com
Komila is one of the most spirited tech writers at Gadget Bridge. Always up for a new challenge, she is an expert at dissecting technology and getting to its core. She loves to tinker with new mobile phones, tablets and headphones.
Facebook
Twitter
WhatsApp
Linkedin
ReddIt
Email
Previous articleGarena Free Fire Redeem Codes for 22 April: Here is how to claim them
Next articleXiaomi Smart TV 5A to launch in India on April 27