The phones will start selling from August 23 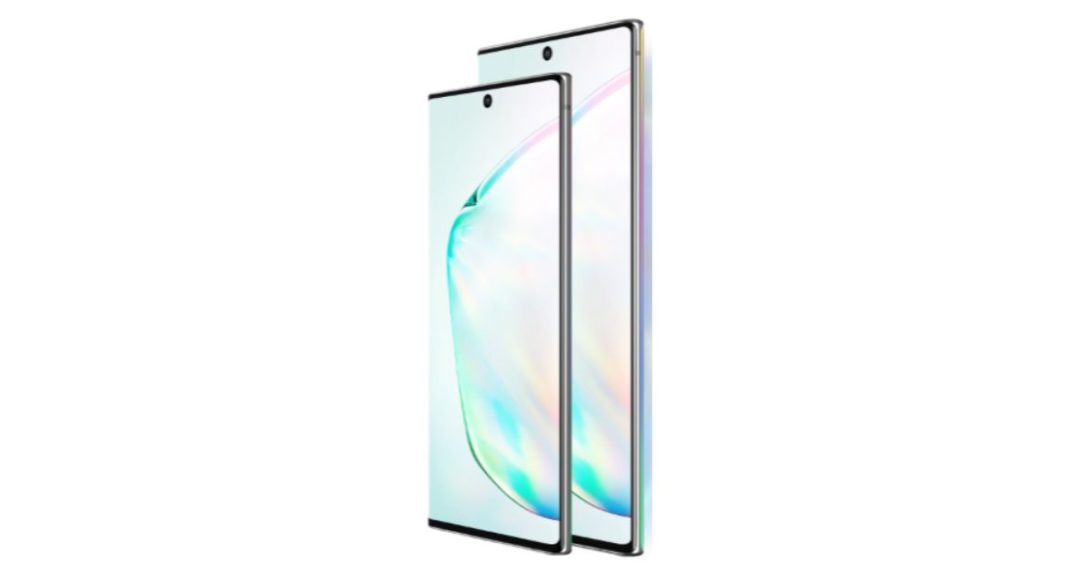 The much-awaited Samsung Galaxy Note 10 and Galaxy Note 10+ have finally been launched in India today. Both the devices are up for pre-order till August 22. After which it will start selling from August 23. The South Korean company launched the smartphone in the Samsung Opera House in Bengaluru today. Prior to its launch in the country, the company already revealed the price as well as the colour variants it will be available in.

As we mentioned earlier, Samsung has put both Samsung Galaxy Note 10 and Galaxy Note 10+ up for pre-booking. Interested buyers can book their device via select retail outlets as well as online stores like Amazon, Flipkart, Paytm Mall, Tata Cliq and on the company’s own online store. Buyers will also get free access to the YouTube premium for up to 6 months.

Buyers of the Samsung Galaxy Note series can grab the Galaxy Buds at Rs 4,999 down from Rs 9,999. On the other hand, Samsung Galaxy Watch Active can be purchased for Rs 9,999 instead of its original price that is Rs 19,999. Interested buyers who pre-book the device using their HDFC Bank credit cards at retail outlets and Samsung Online Store are eligible for a cashback of Rs 6,000, too.

The ICICI Bank credit or debit card users can also avail a cashback of Rs 6,000 while pre-booking the Samsung Note via Amazon, Flipkart, Paytm Mall, and Tata Cliq. In addition to this, the company is also offering no-cost EMI options along with a 10 per cent extra exchange bonus through Cashify.

Coming on the camera, Note 10 comes with a triple rear camera setup that includes a 12-megapixel primary sensor that is joined by wide-angle (77 degrees) lens with a variable aperture (f/1.5-f/2.4) as well as optical image stabilisation (OIS). The camera set up has a 16-megapixel secondary sensor with an ultra-wide-angle (123 degrees) lens and an f/2.2 aperture and third 12-megapixel sensor with an f/2.1 telephoto lens (45 degrees) and OIS. On the front, it sports a hole-punch with housing a 10-megapixel autofocus camera with an f/2.2 aperture, and an 80-degree field of view.

The latest phone houses a 3,500mAh battery that comes with a 25W charger. It measures 151×71.8×7.9mm and weighs 168 grams. The all-new S Pen sports a 6-axis sensor with a gyroscope and acceleration sensor.

On the other hand the elder sibling sports a 6.8-inch QHD+ (1440×3040 pixels) Infinity-O Display. The Samsung Galaxy Note 10+ is available with a 12GB of RAM along with 256GB and 512GB internal storage option that can be expanded up to 1TB via microSD card.

Note 10+ comes with the same camera set up as of its younger sibling with additional DepthVision Camera. It comes with a bigger 4,300mAh battery supported by a 45W fast charger. It measures 162.3×77.2×7.9mm and weighs 196 grams

Komila Singhhttp://www.gadgetbridge.com
Komila is one of the most spirited tech writers at Gadget Bridge. Always up for a new challenge, she is an expert at dissecting technology and getting to its core. She loves to tinker with new mobile phones, tablets and headphones.
Facebook
Twitter
WhatsApp
Linkedin
ReddIt
Email
Previous article
Realme 5 and Realme 5 Pro with the quad-camera set up to launch in India today
Next article
Realme 5 Pro and Realme 5 unveiled in India with quad rear camera setup