HomeMobilesSamsung Galaxy Note 10 and Note 10+ will launch in India on...

Both the smartphones were launched in the USA last week 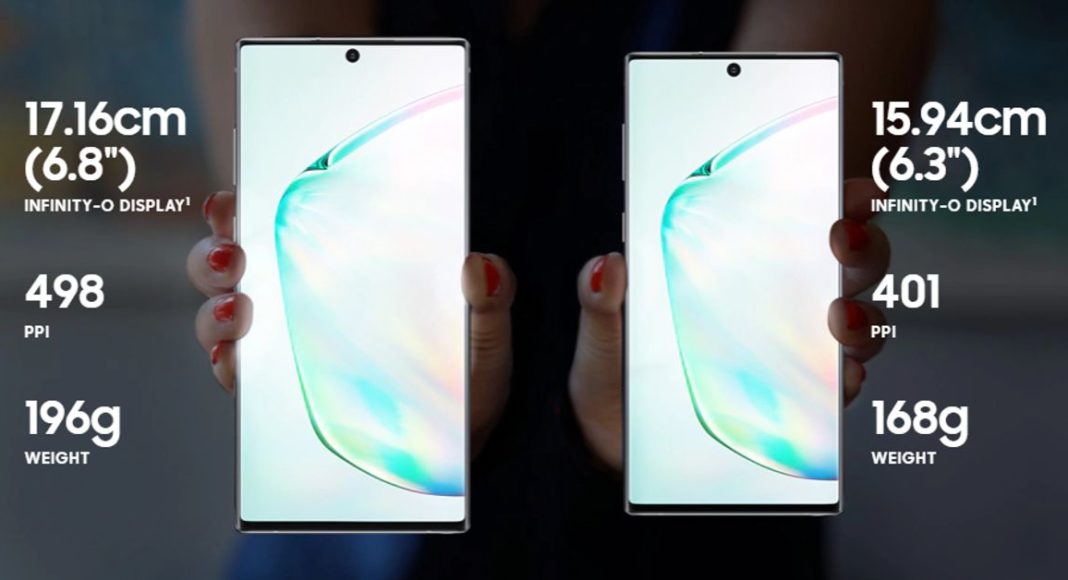 During the launch event, the company is expected to come up with more launch offers. In the country, Samsung will be offering Samsung Galaxy Note 10 single 8GB RAM with 256GB internal storage variant at Rs 69,999 while Samsung Galaxy Note 10+ 12GB RAM with 256GB of onboard storage will be available at Rs 79,999. However, the company has not disclosed the price of the high end 12GB RAM with 512GB internal storage model. It is expected to be revealed at the launch event. Both the phablets are available in three colour variants Aura Black, Aura Glow, and Aura White colour.

While pre-ordering the latest smartphone the buyers can avail Rs 6,000 cashback with the use of HDFC Bank credit or debit cards at retail outlets and Samsung Online Store. Samsung Galaxy Note 10 and Note 10+ buyers can also buy the Galaxy watch Active at Rs 9,999 that is originally sold for Rs 19,990. Other cashback offers are also available when the buyer pre-books any of the mentioned devices via Amazon, Flipkart, Paytm Mall, and Tata Cliq.

Samsung Galaxy Note 10 features a 6.3-inch full-HD+ (1080×2280 pixels) Infinity-O Display with a Dynamic AMOLED panel that supports HDR10+ and dynamic tone mapping. It runs Android 9.0 Pie with the company’s One UI on top. The device is powered by octa-core Exynos 9825 SoC and offers 8GB of RAM and 256GB of inbuilt storage that cannot be expanded via microSD card.

Now coming on the camera, the Galaxy Note 10+ comes with the same sensors but also packs an additional VGA lens that the company is calling as ‘DepthVision’ camera. This will enable you to take 3D scans of various things. For selfies and video calls, there is a 10MP camera that comes with an f/2.2 aperture and a field of view of 80 degrees. It houses a larger 4,300mAh battery, and it comes with 45W fast charger. It measures 162.3×77.2×7.9mm and weighs 196 grams.

Komila Singhhttp://www.gadgetbridge.com
Komila is one of the most spirited tech writers at Gadget Bridge. Always up for a new challenge, she is an expert at dissecting technology and getting to its core. She loves to tinker with new mobile phones, tablets and headphones.
Facebook
Twitter
WhatsApp
Linkedin
ReddIt
Email
Previous articleSnap has introduced redesigned Spectacles 3
Next articleHTC made a comeback in India by launching HTC Wildfire X