The smartphone was launched in India in January this year 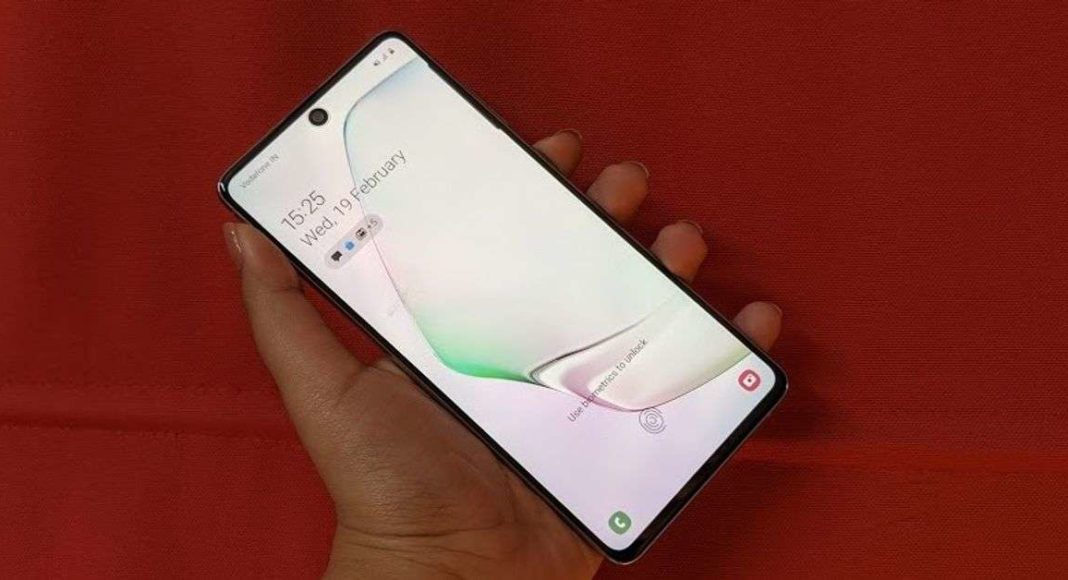 Samsung introduced Galaxy Note 10 Lite had arrived in the country earlier this year in the month of January. After a few months, the company has reduced the price of the smartphone. The company today announced that the device has now received a price of Rs 4,000. The device comes with an S Pen stylus support and packs a 4,500mAh battery. The mobile phone is the Waterdown variant of Samsung Galaxy Note 10 which was released last year.

In addition to this, the company will be offering cashback offers and discounts on the purchase of Galaxy Note 10 Lite. Transactions done using a Citibank debit or credit card are eligible for Rs 5,000 cash back, this brings down the cost of the device to Rs 32,999 and Rs 34,999 for the 6GB and 8GB RAM variant. If not willing to Citibank cashback, the buyers are entitled to Rs 2000 instant cashback. All the offers are valid till June 30.

Samsung Galaxy Note 10 Lite comes with a 6.7-inch Full HD+ Infinity-O Super AMOLED display with a 20:9 aspect ratio with 1080 x 2400 pixels of resolution. The device runs on Android 10. It is powered by a 2.7GHz Exynos 9810 processor paired with up to 8GB of RAM and 128GB of internal storage. The storage is expandable and can be expanded up to 1TB via a microSD card.

In terms of cameras, the newly launched Samsung smartphone features a triple rear camera set up that consists of a Dual Pixel OIS 12 megapixel, a 12-megapixel ultra wide angle camera with 123-degree field of view and a 12-megapixel tele lens. On the front, there will be a 32-megapixel front camera for selfies and video calls.

Galaxy Note 10 boasts a 4500mAh battery with super-fast charging support. The phone also comes with a built-in S Pen stylus supported by Bluetooth Low-Energy. The smartphone comes with a defense-grade security platform, Samsung Knox – that protects the user’s data against any tampering.

Komila Singhhttp://www.gadgetbridge.com
Komila is one of the most spirited tech writers at Gadget Bridge. Always up for a new challenge, she is an expert at dissecting technology and getting to its core. She loves to tinker with new mobile phones, tablets and headphones.
Facebook
Twitter
WhatsApp
Linkedin
ReddIt
Email
Previous article
Netgear Armor Cybersecurity is now available to its latest Wi-Fi 6 Routers and Mesh Systems
Next article
Asus ROG Phone 3 leaked live images suggest a glossy back, key specification also leaked