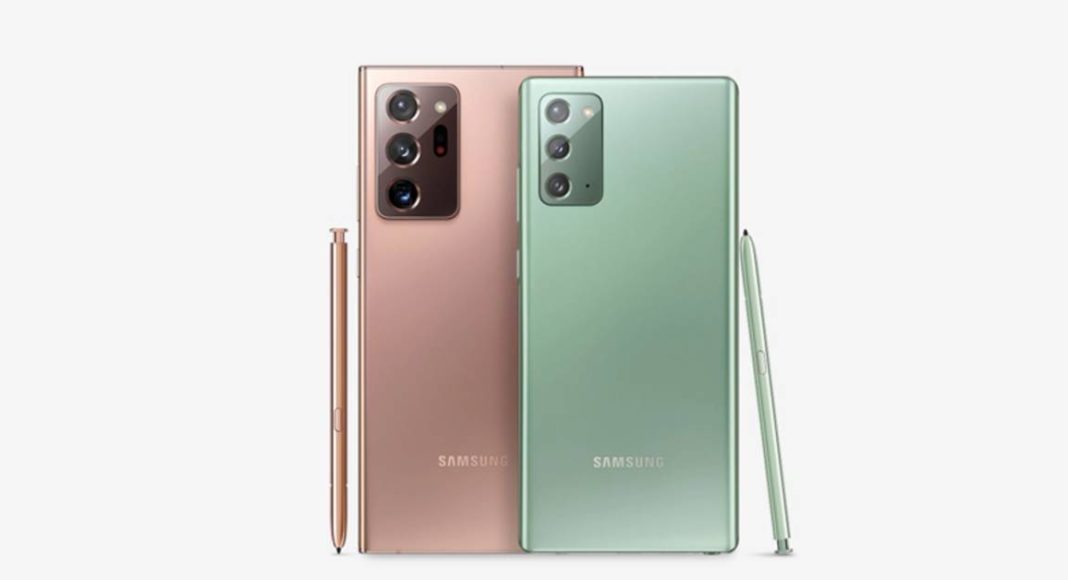 Samsung Galaxy S20 and Note 20 series is the company’s top-notch premium flagship device and not accessible for its aggressive pricing. To make its premium devices more accessible the company has introduced “Fan Edition”. The S20 series has already got one and soon the company will launch Samsung Galaxy Note 20 FE. However, until now no official announcement has been made by the South Korean giant. But now the device has been spotted on its Brazil website landing page. First spotted by SamMobile the portal includes a few unusual mentions of the upcoming device. It has the fine print that states the measurements of the screen that is 6.5 inches or a 6.3-inch diagonal when including the screen’s round corners.

In addition to this, the code details a page section in which Samsung highlights the benefits of Night Mode with a couple of side-by-side photos. To recall in a similar way week before the launch of the Galaxy S20 FE, the device was also spotted on the company’s website as well as leaks. The report also notes that the Galaxy S20 FE and Samsung may have made a typo, but it’s not the only one.

Komila Singhhttp://www.gadgetbridge.com
Komila is one of the most spirited tech writers at Gadget Bridge. Always up for a new challenge, she is an expert at dissecting technology and getting to its core. She loves to tinker with new mobile phones, tablets and headphones.
Facebook
Twitter
WhatsApp
Linkedin
ReddIt
Email
Previous article
Samsung Galaxy S20 FE review: Premium looks in not so expensive package
Next article
Mobile gaming on upswing in India owing to COVID-19 lockdown: CMR