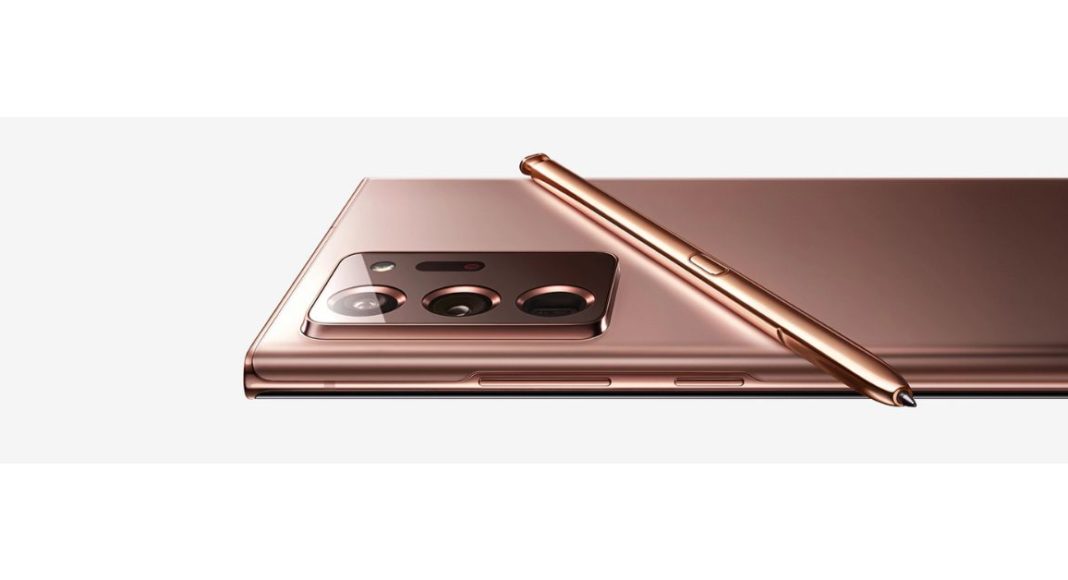 The South Korean smartphone company (Samsung) is set to unveil its just-launched Galaxy Note 20 series in India. The launch event is scheduled for August 28 in the country. However, the company has not itself confirmed, but an Amazon listing has revealed the release date. The Company on August 5 hosted Galaxy Unpacked 2020 virtual event where it revealed a couple of new products alongside Galaxy Note 20 and Galaxy Note 20 Ultra 5G. A day after the launch the company opened the pre-bookings for both the devices in the country. Read on to know more about the device.

Samsung last week kicked off pre-orders for its latest flagship devices in the country soon after the global launch. The price for the Note 20 has been set at Rs 77,999, while the Galaxy Note20 Ultra 5G will be available for Rs 1,04,999. Both the device is now available for pre-bookings through the Samsung.com site and various offline retail stores.

But now both the smartphones have also been listed on the Amazon India website for pre-bookings. According to the listing, the devices are scheduled for a release in the country on August 28.  In addition to this, the device is also available on Flipkart also. As for the launch offers, Galaxy Note 20 buyers can get a cashback of Rs 6,000 while the Galaxy Note 20 Ultra 5G buyers are eligible to get a cashback of up to Rs 6,000. In addition to this those looking to upgrade their old Samsung devices can avail of an extra discount of Rs 5,000.

Samsung Galaxy Note 20 features a 6.7-inch full-HD+ Infinity-O Super AMOLED+ display with 1,080×2,400 pixels of resolution and a 60Hz refresh rate as well as a 20:9 aspect ratio. The device runs on One UI based on top of Android 10 and is powered by octa-core Exynos 990 or Qualcomm Snapdragon 865+ SoC with up to 8GB of RAM and up to 256GB of onboard storage.

Samsung Galaxy Note 20 Ultra 5G has a larger 6.9-inch WQHD Infinity-O Dynamic AMOLED 2X curved-edge display offering 1,440×3,200 pixels of resolution and a 120Hz refresh rate panel. It derives its power from an octa-core Exynos 990 or Qualcomm Snapdragon 865+ SoC with up to 12GB RAM and 512GB of internal storage.

Komila Singhhttp://www.gadgetbridge.com
Komila is one of the most spirited tech writers at Gadget Bridge. Always up for a new challenge, she is an expert at dissecting technology and getting to its core. She loves to tinker with new mobile phones, tablets and headphones.
Facebook
Twitter
WhatsApp
Linkedin
ReddIt
Email
Previous article
Xiaomi to launch Mi 10 Pro Plus on August 11 at its 10th Anniversary event
Next article
Whirlpool’s W-day Freedom sale reveals exclusive deals