Samsung Galaxy S10 Lite set to launch in India today: How to watch the live stream

The smartphone is the new variant of Samsung Galaxy S10 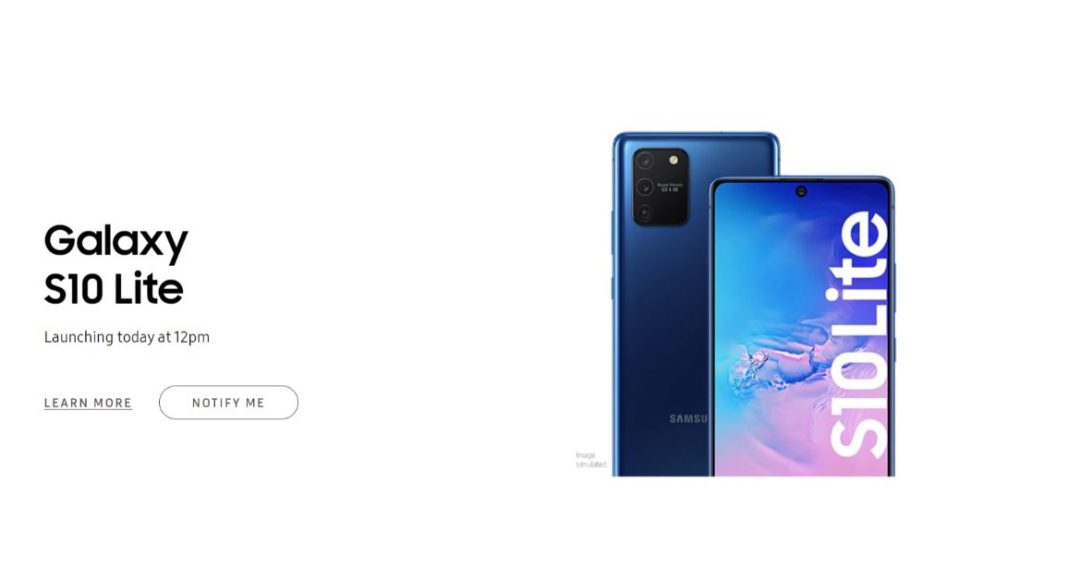 Earlier this week Samsung quietly launched Galaxy Note 10 Lite in India. The company has now arrived with another new smartphone in the country. Samsung is going to launch another new variant of Samsung Galaxy S10, which was launched earlier in 2019. Today the company is going to launch Galaxy S10 Lite in the country. Many rumours have surfaced on the web for quite a long time now. However, Samsung has already announced the smartphone earlier this month at CES 2020. The smartphone’s launch will be live-streamed on all the Social media platforms today.

Today the South Korean smartphone manufacturer Samsung is going to launch Samsung Galaxy S10 Lite in India. The launch event will happen via live webcast. It will go live at 12 noon onwards across all social media platforms including its dedicated microsite created on the official Samsung India website. The phone is also being teased via e-commerce website Flipkart which is also its online retail partner. The retailer revealed many of the key specifications of the upcoming smartphone also. 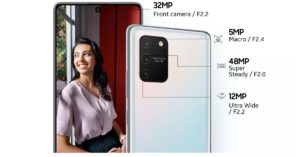 Until now the company has not revealed the pricing of the Samsung Galaxy S10 Lite. But speculations suggest that the phone might fall between the price range of Rs 39,999 – Rs 45,000. Whereas it is expected to be available for purchase next month that is February.

Samsung Galaxy S10 Lite will come with a 6.7-inch full-HD+Infinity-O Super AMOLED display with 1,080 x 2,400 pixels of resolution and a 20:9 aspect ratio. The phone will run on One UI 2.0 skinned on top of Android 10. Also, it will be powered by the octa-core Qualcomm Snapdragon 855 coupled with 6GB/8GB of RAM and  128 GB of internal memory. You can also expand the storage up to 1TB using a microSD card. The device will be housing a 4,500mAh battery supported by super fast charging.

In terms of camera capabilities, Samsung Galaxy S10 Lite will be sporting a triple rear camera setup consisting of a 48-megapixel primary sensor. The camera system is further assisted by a 12-megapixel ultra-wide-angle lens and a 5-megapixel tertiary lens. While on the front there is a 5-megapixel selfie camera.

Komila Singhhttp://www.gadgetbridge.com
Komila is one of the most spirited tech writers at Gadget Bridge. Always up for a new challenge, she is an expert at dissecting technology and getting to its core. She loves to tinker with new mobile phones, tablets and headphones.
Facebook
Twitter
WhatsApp
Linkedin
ReddIt
Email
Previous article
How to enable WhatsApp Dark Mode
Next article
Philips new Performance Range wireless headphone features Google Assistant