The Tablet will come with an S Pen support 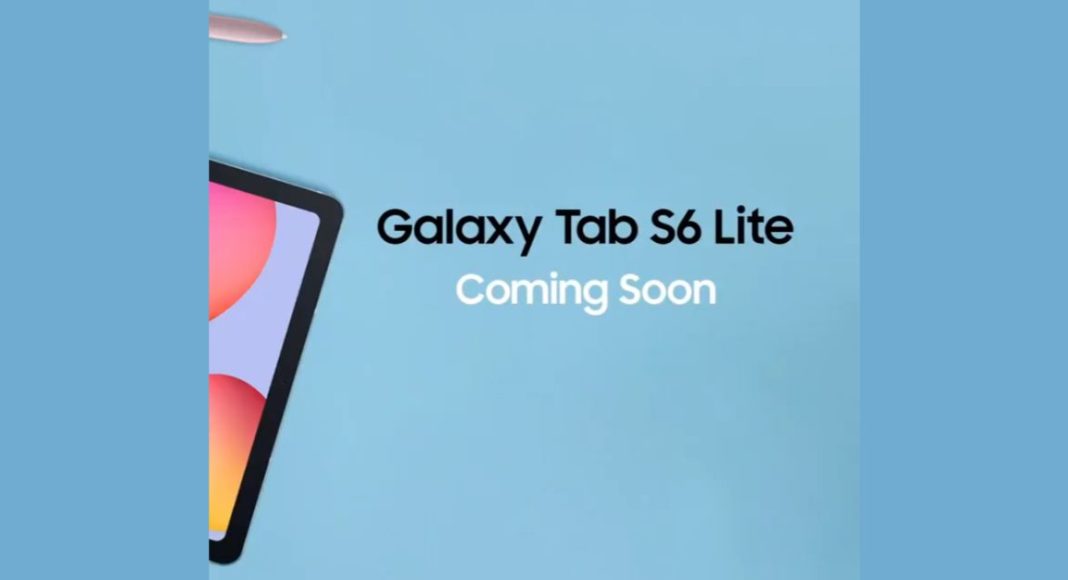 Last year in October we saw the launch of Samsung Galaxy Tab S6 in India. But recently in April this year, the company has gone ahead and upgraded the lineup by adding the latest tab which is Samsung Galaxy Tab S6 Lite that was launched in the Indonesian market. The Tablet comes with an S Pen, a rear camera and a 7,040mAh battery. Now the South Korean company is teasing the India launch of the Tab S6 Lite.

Soon Samsung Galaxy Tab S6 Lite is going to arrive in India. The company took to its social media account Twitter to tease the arrival of its latest tablet. Samsung has shared an 8-second short teaser video which mentions that “Galaxy Tab S6 Lite Coming Soon.” The video has been shared on the official Samsung India page which confirms that in the coming weeks the device will officially release in the country sitting alongside Samsung Galaxy Tab S6. Furthermore the tweet reads, “ See what the future holds. A Super carryable note-taking companion coming soon.”

The upcoming tab being the water down variant of Galaxy Tab S6 is going to be cheaper than the vanilla model that retails at Rs 59,900.

Samsung Galaxy Tab S6 Lite will be available in Angora Blue, Chiffon Pink, and Oxford Grey colour options. The new Tab runs on One UI 2.0 on top of  Android 10 out of the box. The Samsung Tablet features a 10.4-inch WUXGA TFT display with 1,200×2,000 pixels of resolution. Under the hood, there is an unnamed octa-core chipset coupled with 4GB of RAM and 128GB of internal storage which can be expanded up to 1TB using a microSD card.

For optics, the Tablet comes with an 8-megapixel rear camera with auto-focus and is capable of recording videos in 1080p at 30fps. And the hole punch on the display houses a 5-megapixel selfie camera.

Komila Singhhttp://www.gadgetbridge.com
Komila is one of the most spirited tech writers at Gadget Bridge. Always up for a new challenge, she is an expert at dissecting technology and getting to its core. She loves to tinker with new mobile phones, tablets and headphones.
Facebook
Twitter
WhatsApp
Linkedin
ReddIt
Email
Previous articleOppo A12, Oppo A11k, and Oppo A52 expected to get launch in India next week
Next articleJune 6 Amazon Quiz: Participate and win Fender Acoustic Guitar