The device is powered by Qualcomm Snapdragon 865+ processor 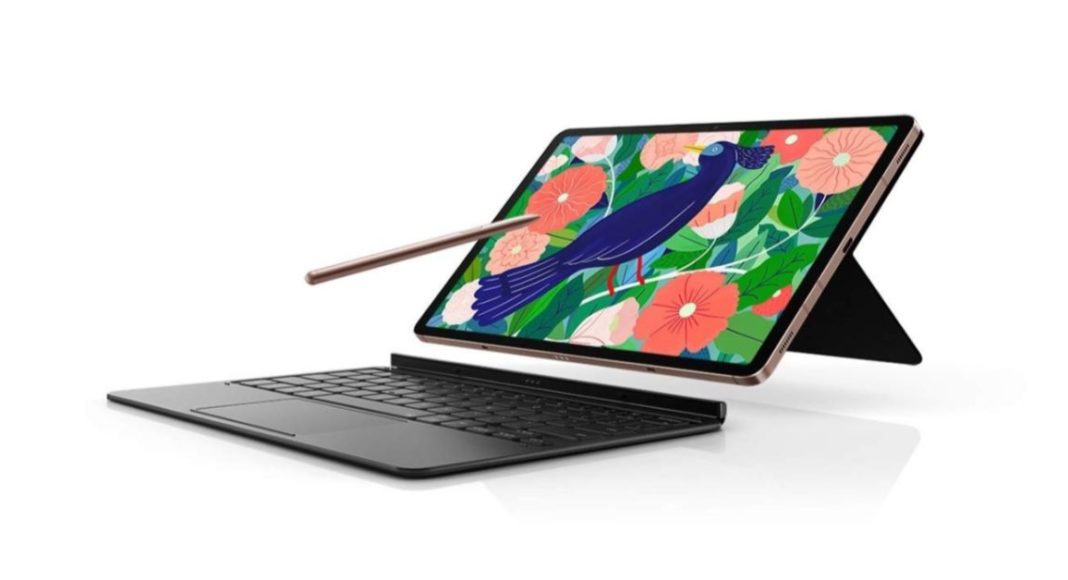 At the Samsung Galaxy Unpacked 2020 event, the South Korean electronics giant made some major announcements. Out of which few are now available in India for pre-order. Now the company has begun teasing Samsung Galaxy Tab S7 in the country. The device was launched alongside Galaxy Tab S7+ to compete with Apple iPad Pro and Microsoft Surface Pro 7. According to the latest Amazon India promotional page, the tablet is all set to reach stores in the country soon. The device comes bundled with a new S Pen with a latency of nine milliseconds.

Yes, the Samsung Galaxy Tab S7 will soon be coming to India according to the latest Amazon dedicated microsite. Though it has not revealed the exact launch date for the device, but the Notify Me button has gone live suggesting the India availability. In addition to this, the Samsung Galaxy S7 promotional page also highlights the key specifications of the tablet. However, the pricing and availability details are yet to be released here too. The company is expected to launch both variants through the page, but only highlighted the vanilla model. 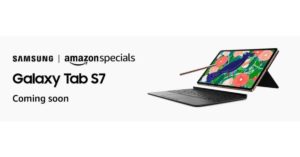 The Samsung Galaxy Tab S7 features an 11-inch WQXGA having TPS TFT display 2,560×1,600 pixels of resolution and s 120Hz refresh rate with a pixel density of 274ppi. Under the hood, there is an octa-core Qualcomm Snapdragon 865+ processor paired with up to 8GB RAM and up to 256GB storage that can be expanded up to 1TB using a microSD card. The tab runs on Android 10. The device is combined with an improved S Pen having a latency of nine milliseconds. In addition to this, there is a feature for Second Screen on the Samsung Tab allowing you to connect it through the wireless display to use it as a secondary monitor or as a drawing pad for a Samsung notebook.

In terms of imaging, there is a dual rear camera setup that includes a 13-megapixel primary sensor with an f/2.0 lens and a 5-megapixel ultra-wide-angle lens with an f/2.2 aperture. While on the front, there is an 8-megapixel front-facing camera with f/2.0 aperture for taking selfies and video calling.

For connectivity, there is 4G, Wi-Fi 6, Bluetooth v5.0, GPS/ A-GPS, and a USB Type-C port. The sensors on board include an accelerometer, ambient light, gyroscope, magnetometer, and a side-mounted fingerprint sensor.

Komila Singhhttp://www.gadgetbridge.com
Komila is one of the most spirited tech writers at Gadget Bridge. Always up for a new challenge, she is an expert at dissecting technology and getting to its core. She loves to tinker with new mobile phones, tablets and headphones.
Facebook
Twitter
WhatsApp
Linkedin
ReddIt
Email
Previous article
Dell XPS 17 laptop with 10th Gen Intel processor launched in India: Specifications and pricing details
Next article
Huawei, a tech giant of China, wants to help Canada develop 5G technologies